Rajasthan’s capital Jaipur is one of India’s most iconic destinations, a vibrant city of unique architecture and design, with a colourful history shaped by a king who lived for knowledge and modernity. The Pink City is known to be bright and flamboyant, and not just for its rosy-coloured buildings – its unique culture can be discovered at every corner, from elephants and camels carrying goods, warm-hearted people, to street stalls slinging chai tea and sweets, glittering charms and fabrics made from kaleidoscopic hues. 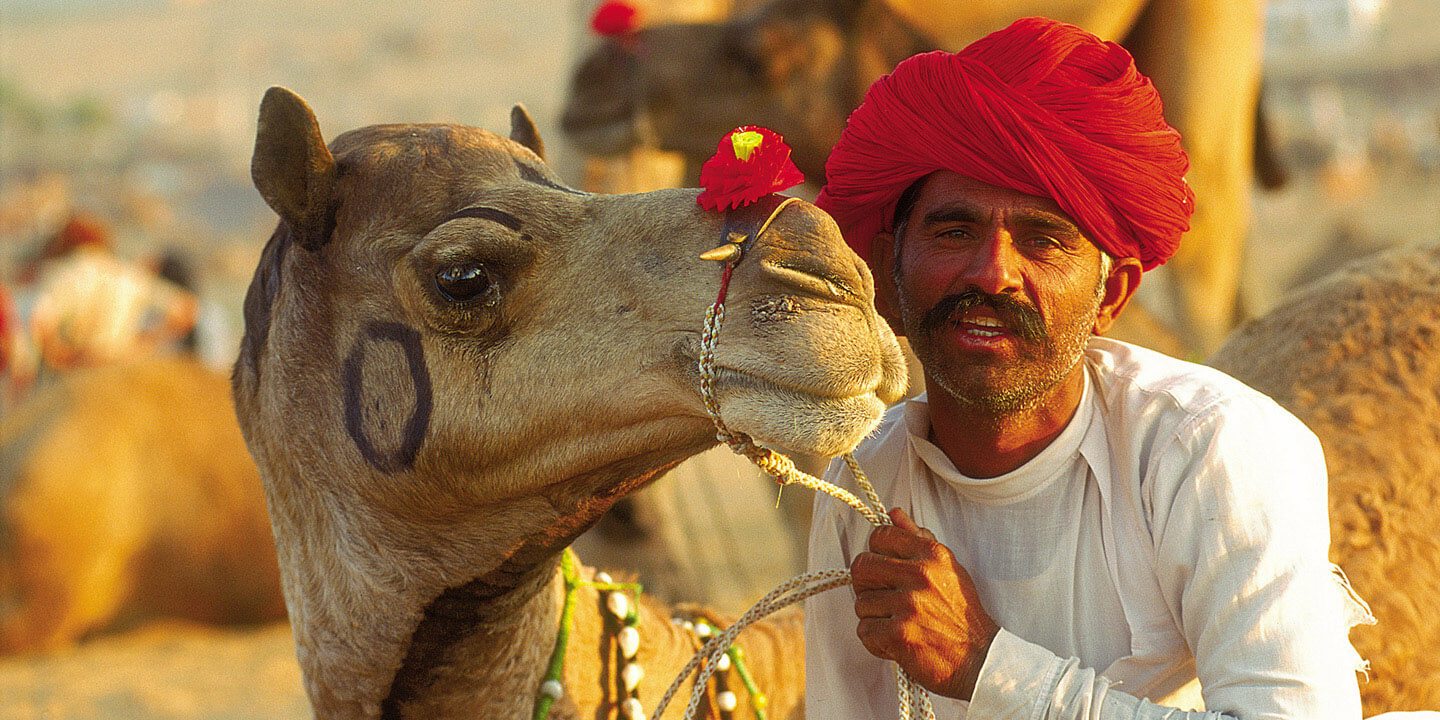 For anyone looking to discover India’s past and present, Jaipur offers up a rich tapestry of history. Once being a beacon of technology and science, the city remains its own enchanted world, with traditions that have existed over the centuries. Here are just a few reasons why you must explore this northern gem for yourself: 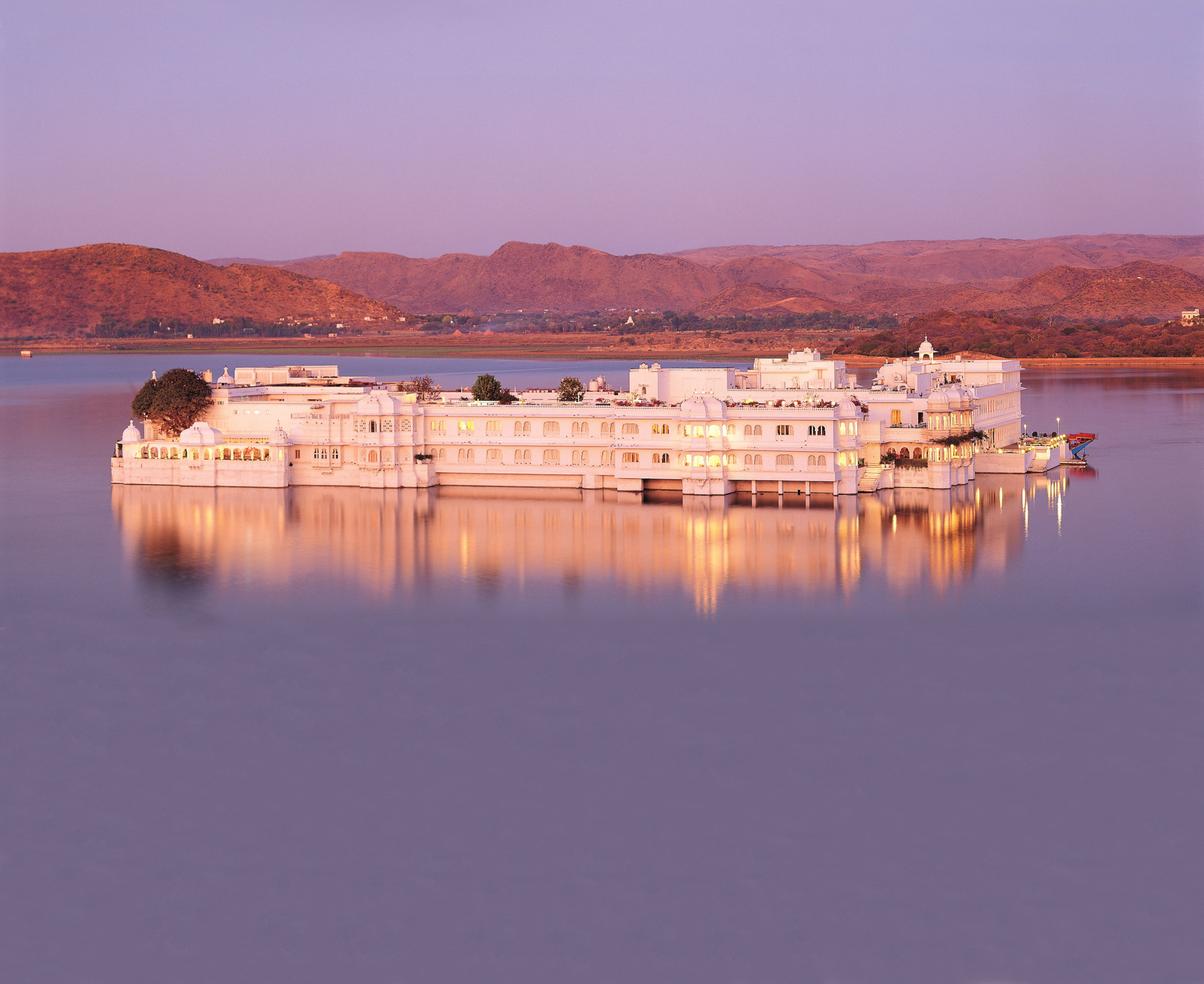 Jaipur’s colourful past comes alive within the walls of three of its most magnificent, storied forts. Famed Amber Fort was the royal palace during the 17th century, a hilltop Hindu-Mughal architectural wonder that can be reached via jeep or elephant ride. Not once conquered in battle, it is gloriously well preserved, and also home to the world’s largest cannon, the Jaivana. Two more forts, Jaigarh and Nahargarh, also boast spectacular vistas and legendary historical tales. Jaigarh, built in Indo-Persian style, is known for its gorgeous red sandstone exterior and imperial watchtowers. Built in 1726, it’s an excellent example of the era’s technology, with granaries, water reserves and storage systems, which were considered cutting edge at that time. Meanwhile, Nahargarh, or the “Tiger Fort,” was a hideout for British wives and other Europeans during India’s First War of Independence in 1857. Its views of Jaipur and Man Sagar Lake are simply fantastic. 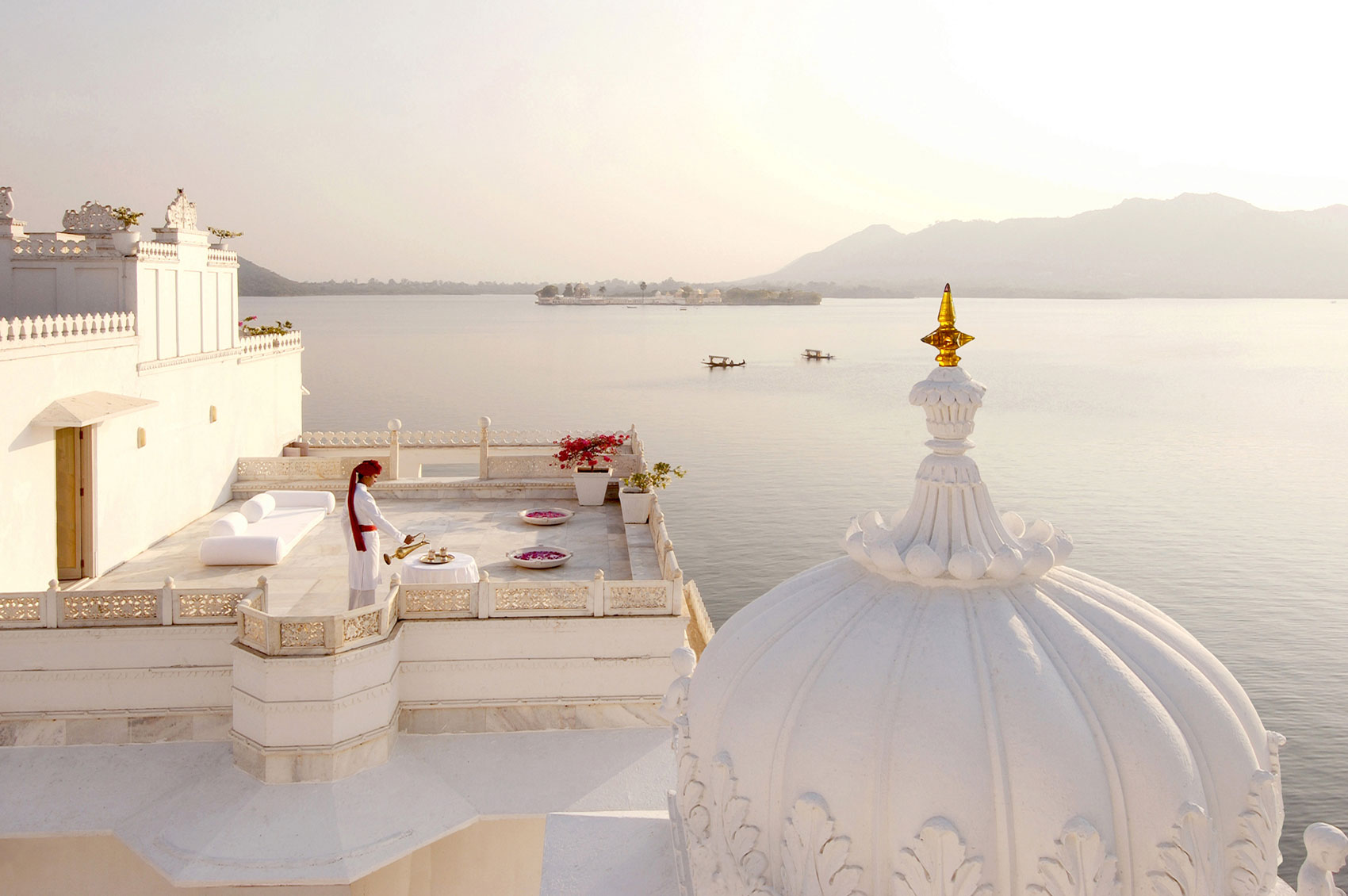 Jaipur was India’s first planned city, and most constructions are remarkably well-preserved and solid, perhaps not surprising given 18th-century ruler Jai Singh II’s love for innovation. Most of the city is made of red sandstone, but painted over in pink, what the king thought to be a welcoming and hospitable colour, according to local legends. City Palace, the most spectacular vision of pink designed in Rajasthani and Mughal styles, is not to be missed. Jaipur’s sprawling star attraction can be roamed for hours, from a series of courtyards to expansive gardens and several palatial structures. Take your time to explore different elements such as Mubarak Mahal, a former welcoming area for dignitaries, the armoury, Diwan-i-Am Art Gallery and more. 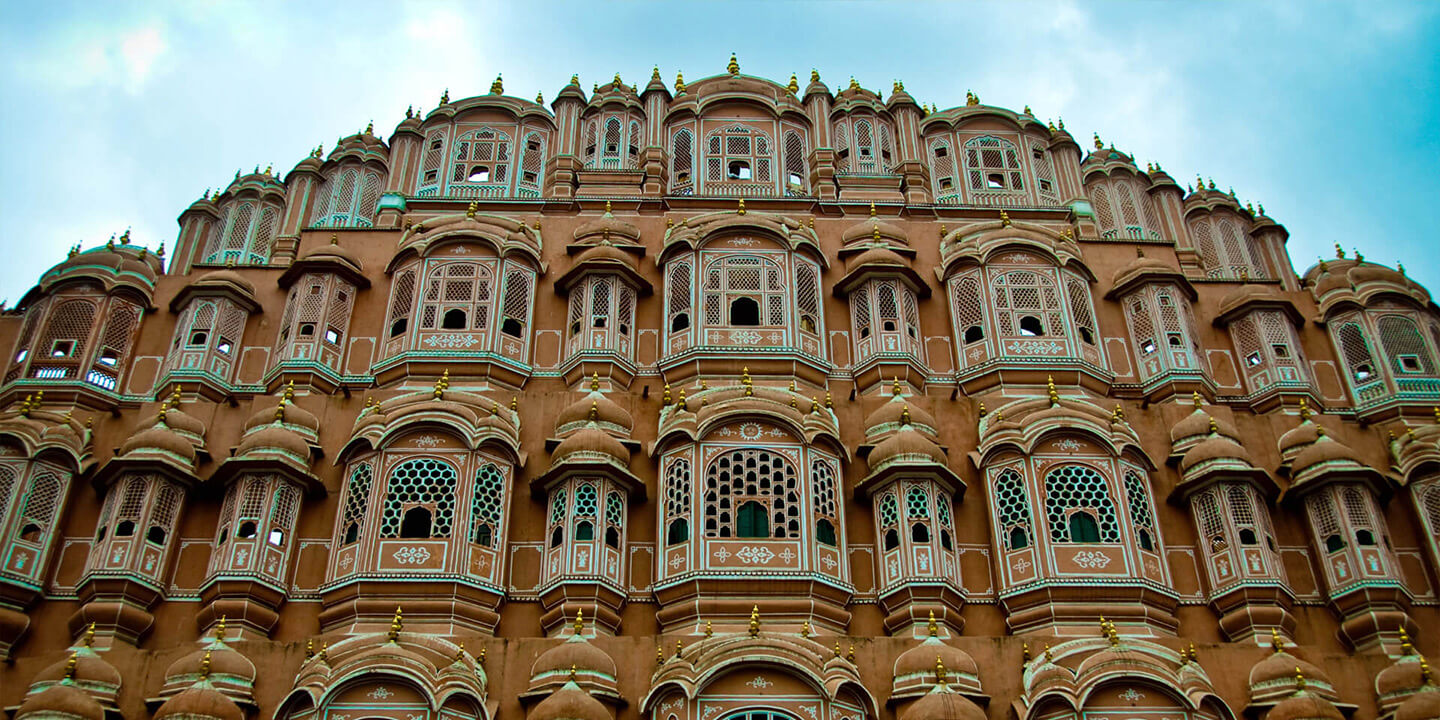 One of Jaipur’s most riveting attractions, where culture, history and architecture combine, is the UNESCO World Heritage Site, Jantar Mantar. This astronomical observation point was built in the 18th century and was the pinnacle of modernity at that time. Cosmological concepts were fervently studied by the court of a scholarly prince, who later became the renowned ruler Jai Singh II.

The observatory has geometric devices, resembling strange giant sculptures, which once measured time, predicted eclipses, and tracked stars, the declinations of planets and other celestial computations. Invest in a guide to learn how each instrument works and discover Jantar Mantar as a symbol for Rajasthan’s fondness for wisdom and honour. 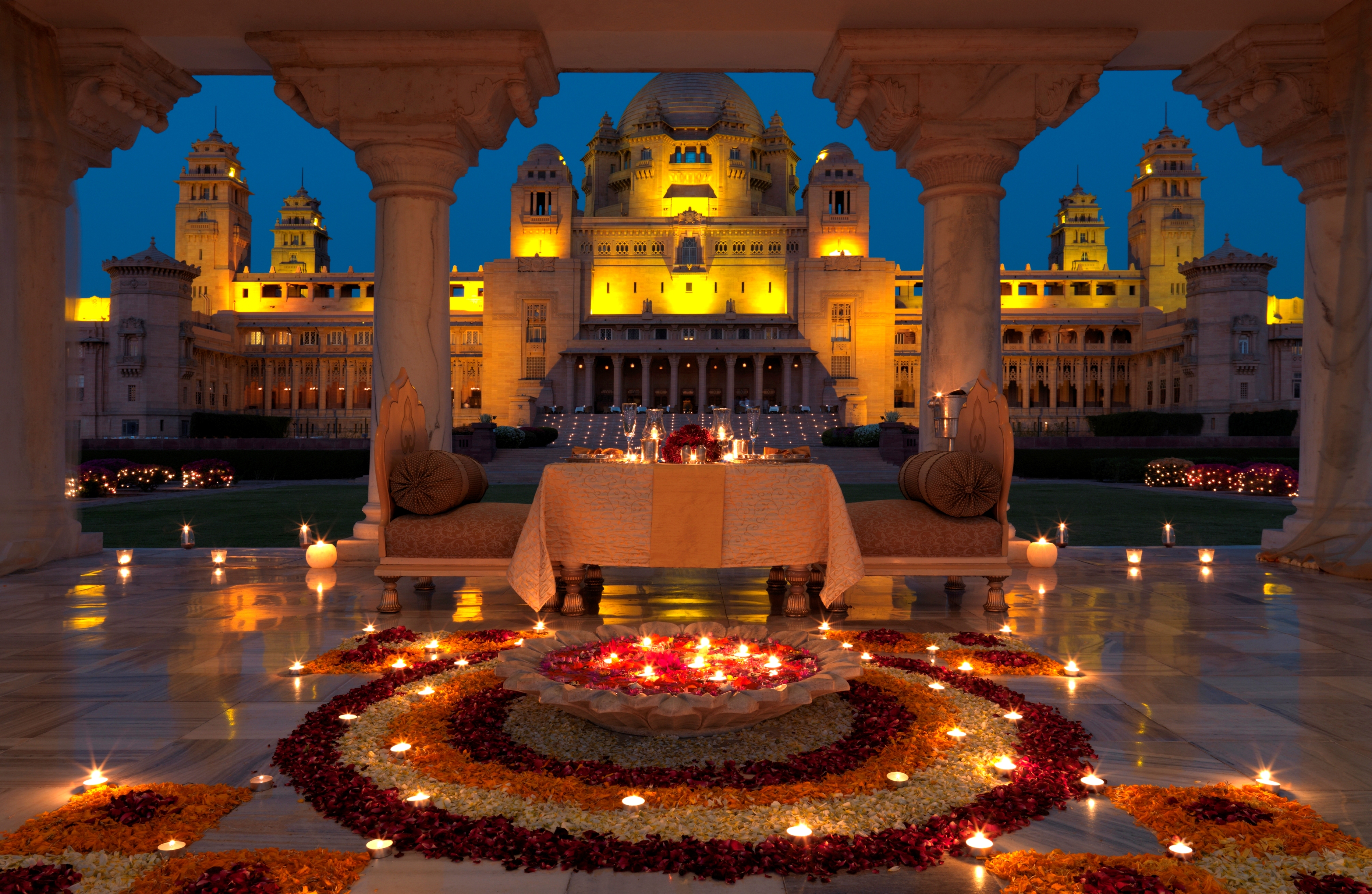 If you’re seeking spirituality or a deeper look into Hinduism, there’s no better place than the Pink City, with its diversely vibrant temples and pilgrimage sites. For Vaishnavites, Hindus who follow the Lord Krishna, the Govind Devji Temple is the most important place or worship in the world. It’s known for a beautiful garden landscape, just outside the City Palace walls. Birla Lakshmi Narayan Temple is a lavishly modern sanctuary, built in 1988 by one of India’s wealthiest industrial families. A stunning, high-quality marble edifice features impressive carvings throughout. The interior is illustrated with Hindu deities, while the exterior walls are dedicated to historic figures from other philosophies and religions, including Socrates, Jesus Christ, Confucius and Buddha. You can also visit Galta, a wild, ancient Hindu pilgrimage site around 10 kilometres from the city. Constructed from pink stone, it’s home to hundreds of monkeys who will bare teeth and hoot for peanuts, which can be purchased at Galta’s gate. It’s an exotic yet desolate attraction, with dramatic cliffs, and eerily still pools of water, perfect for visitors who want to get off the beaten track. 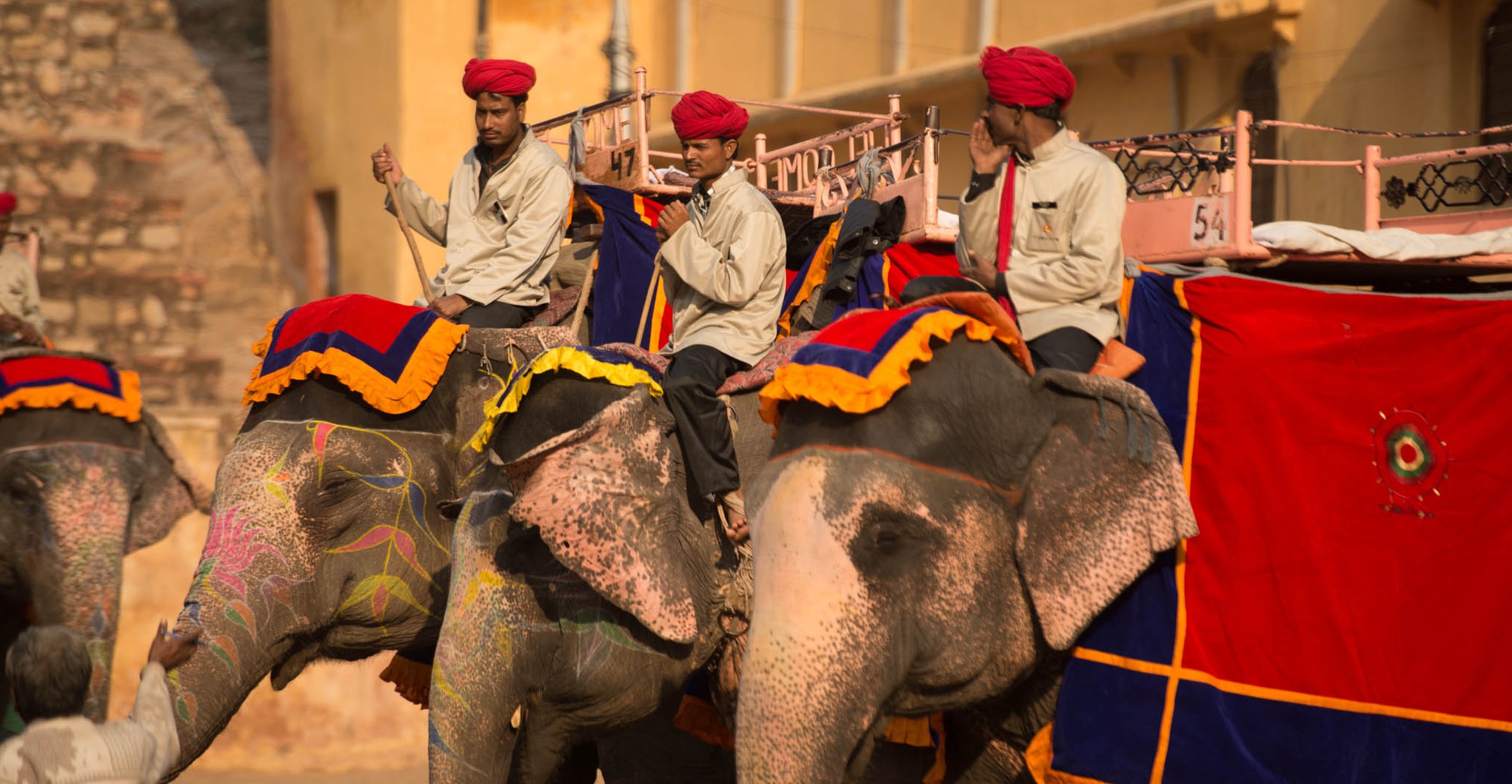 Rajasthan’s capital is known above all for its lovely, hospitable people. Locals are very friendly; so don’t be surprised if asking for directions turns into a full-blown discussion at somebody’s home over a hot cup of chai. The young people of Jaipur’s rising middle class are known for being particularly open-minded and curious about foreign cultures – some would even argue more so than in bigger tourist centres such as New Delhi and Agra. You might even be so lucky as to garner an invitation to a special occasion, such as the unforgettably high-powered experience of a real Indian wedding. 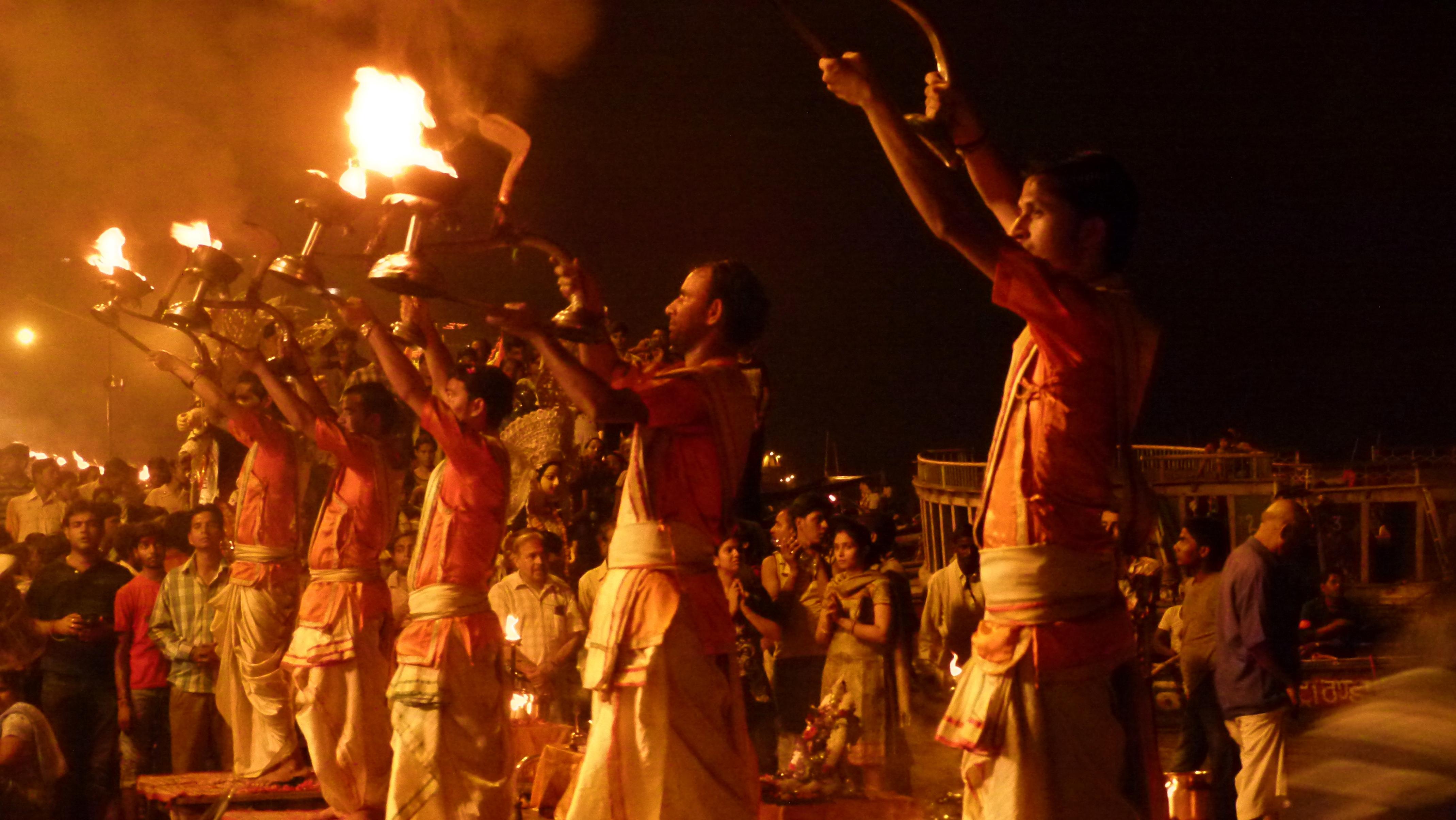 All year you can find energetic, electrifying festivals taking place in Jaipur, from religious festivities such as Gangaur and Teej, which celebrate femininity to the famous Elephant Festival. One of the most popular in recent years has been the ZEE Jaipur Literature Festival, which has been touted as the Ibiza of book fairs. Every January since 2006, a wide spread of international and Indian authors drop in for speeches, literary parties and hobnobbing. In past years, illustrious guests have included Oprah Winfrey, Eat, Pray, Love writer Elizabeth Gilbert and the spiritual guide Sadhguru. 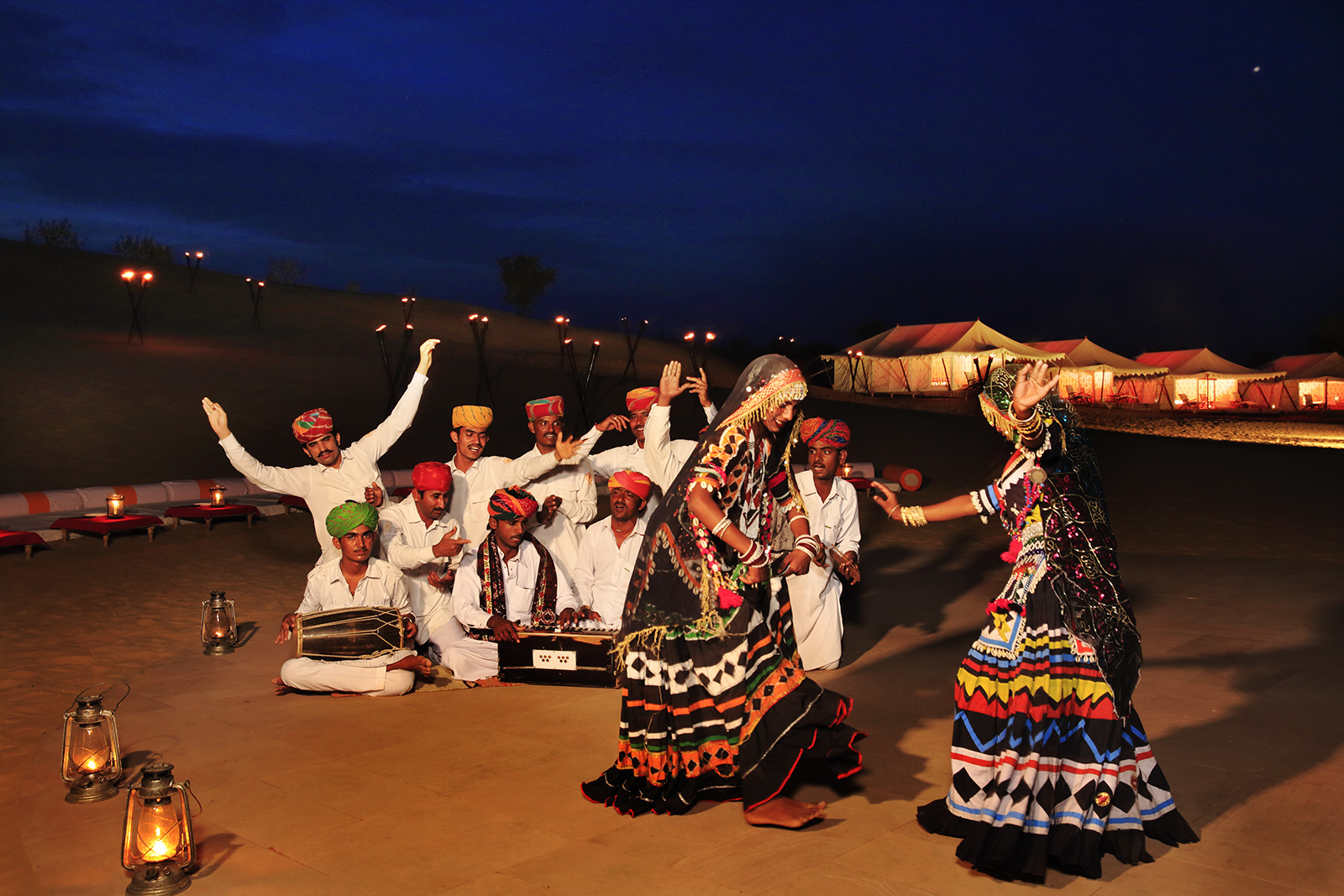 From its flamboyant architecture to outgoing locals, it’s also be no wonder that Jaipur has been home to a thriving performance and arts scene over the generations. Get the most authentic taste by paying a visit to Raj Mandir, a famous movie theatre where locals lap up where a variety of Masala movies packed with action, drama, mystery and suspense. Although the films are mostly shown in Hindi, you’ll still get a kick out of the elaborate dance numbers, over-the-top acting and plot rip-offs of well-known Western flicks. Chaos and jostling in the ticket line, and clapping, cheering and talking alongside other moviegoers, only adds to the charm of the experience. Rajasthan has a food culture that is distinct from elsewhere in India, since the majority of residents are vegetarian. Expect rich dishes loaded with earthy treasures and pungent spices, including one of the most delicacies dal bati churma, or wheat rolls with well-seasoned lentils and ghee for dipping. A must-try meat dish is laal maas, a thick, gamey mutton curry stocked full of garlic and chilli.

This Indian state is also famous for its sweets, and dessert is often served before and during meals, as well as afterwards. Sweet tooths will be delighted with bite-sized treats such as imarti (deep-fried rings coated in sugar syrup) laddoo (similar to cookies) and kachori (a pastry which can be pocketed with savory ingredients, but also fruit and even more sugary syrup). 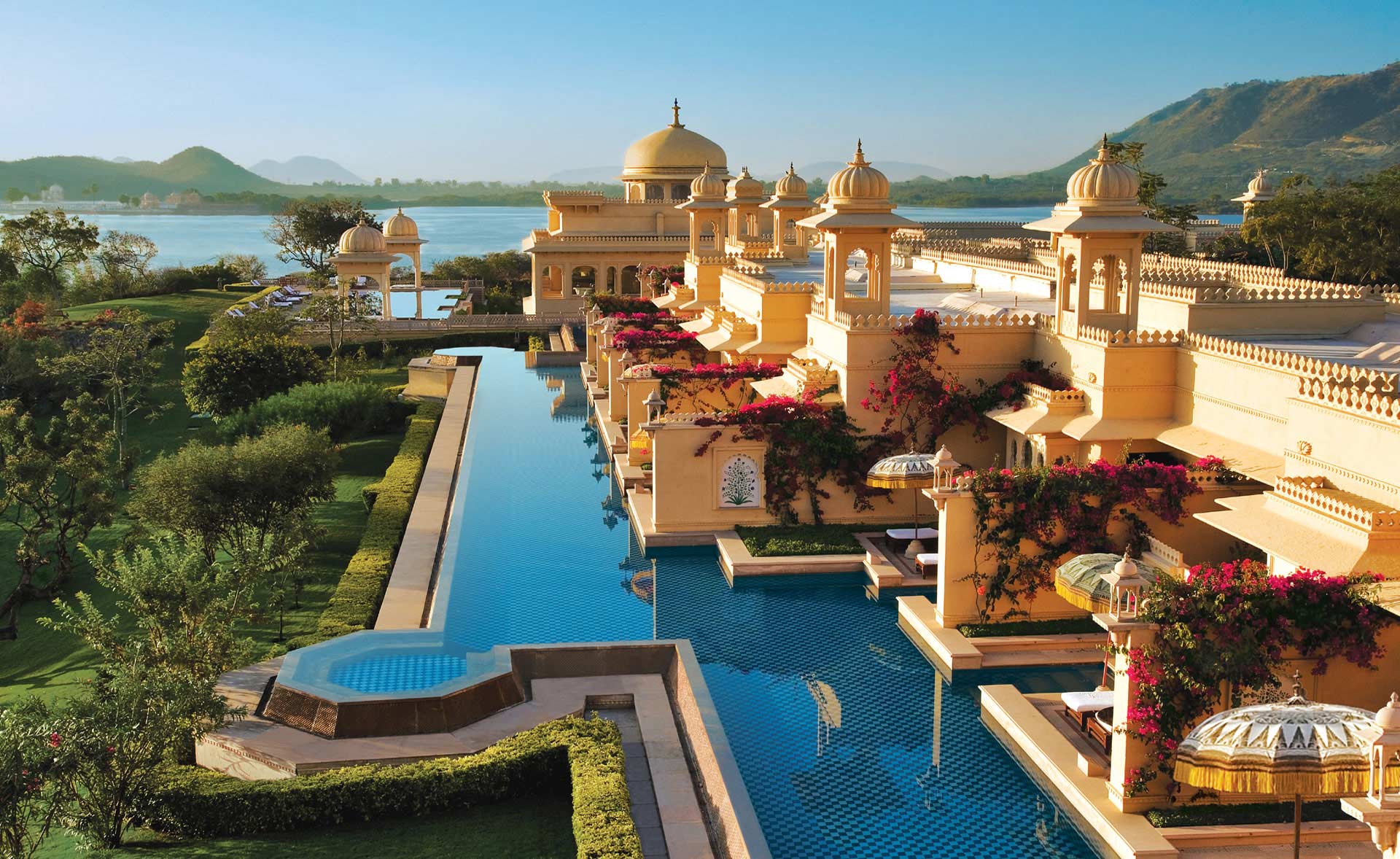 In Jaipur, unbelievable take-home treasures can be found, and you’ll be delighted with experience of browsing at the city’s old bazaars. Get ready for an assault on all senses, from the enjoyable aromas of flowers, fresh tea and spices, to the contrastingly horrid smells of elephants and oxen, open sewers and exhaust. You’ll likely see cobras being charmed out of wicker baskets, and everything from hand-embroidered textiles to bangles fitted with precious stones on offer. Drink up the joys of Jaipur’s folk culture in the best bazaars, Tripolia (for jewelry), Chandpole (for fabrics), Kishanpole (for decorations) and Bapu (for everything else). 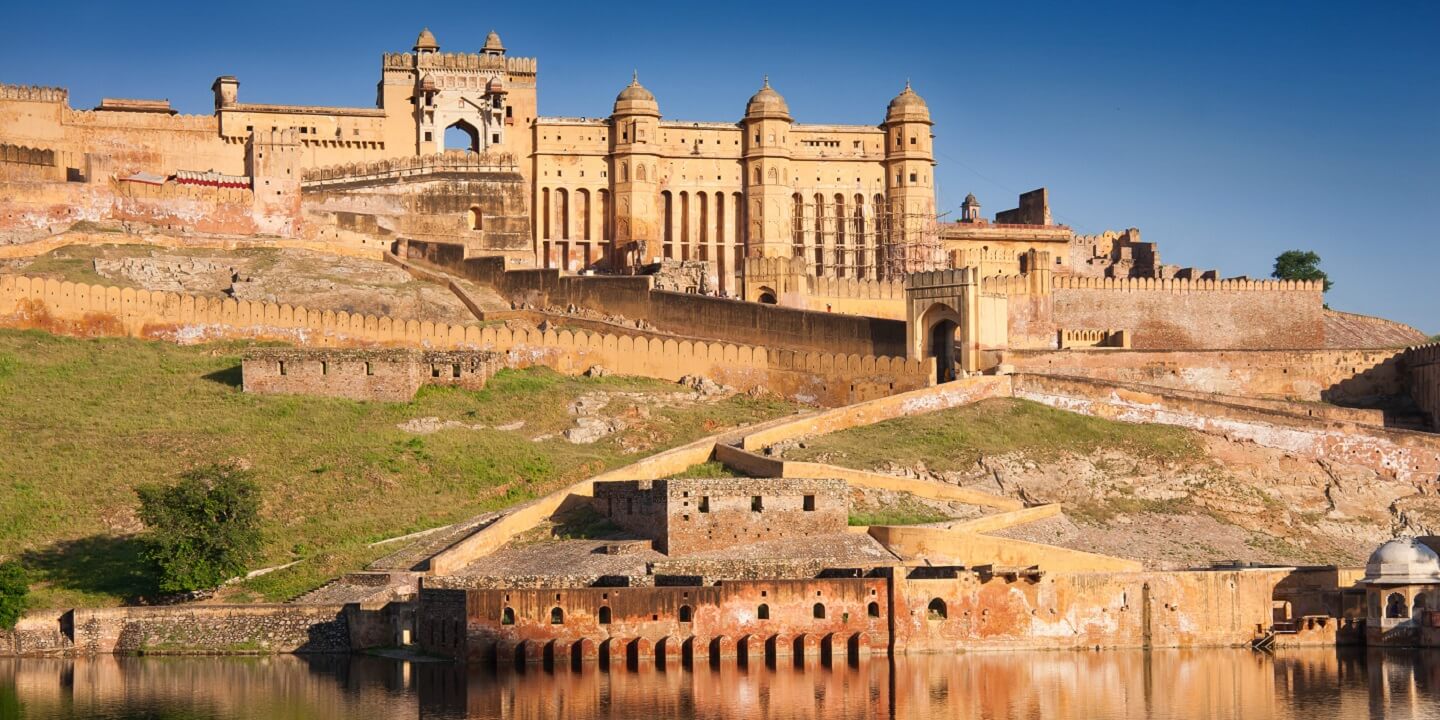 Jaipur’s known for an abundance of luxurious hotels that resemble castles, where guests can be pampered and doted on just like maharaja. Oberoi Rajvilas Palace Hotel is extravagant property with well-appointed rooms, an extensive spa in a restored 18th-century mansion and gourmet dining. Make sure to book high-end accommodation in Jaipur well in advance, as space tends to fill up fast.

Source of images: India Experience by Oberoi  and Rajasthan Tour