Food E Productions Co., Ltd. aims to promote sustainable farming of both crops and animals for food throughout the world. Initially, concentrating in Thailand, the two co-founders of the company – US risk management expert, Wayne Schnapp, and one of the greatest Dutch cooking talents and entrepreneur Master Chef Marco Westmaas, who is accredited with revolutionizing healthy and flavourful cuisine through his ‘vegetarian butchery’ with the use of beans from the Lupin plant, Pandanus, Gojiberry and Nori seaweed as a substitute for meat and poultry – share the same passion to enhance sustainable nature and farming for food especially as world food shortage looms.

Their Thai partner, Mr. Gopal Jagota, has also been involved in the F&B industry in Thailand for many years and brings a wealth of local market experience to the company. 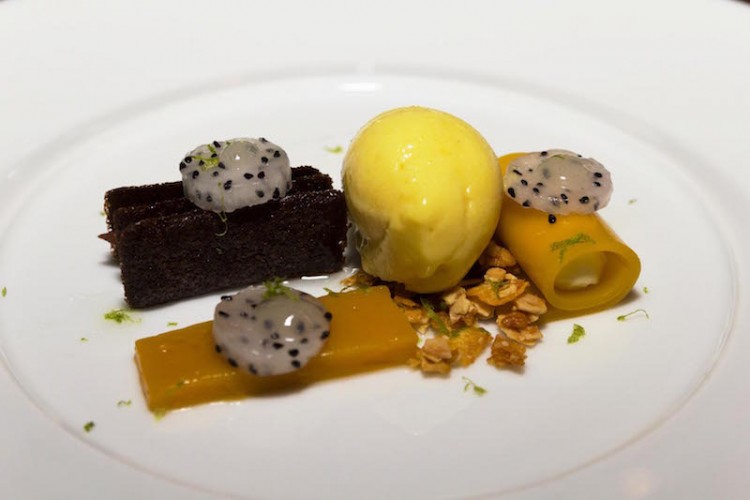 In bringing this issue to the forefront, Food E Productions will become a vehicle to underline this universal concern through the organization of a series of special epicurean experiences which will create a platform for producers, consumers, chefs and food and beverage related to influence, inspire, share, educate and raise consciousness.

Thailand has been chosen to debut their quest as it is a food lovers utopia, with street food competing with some of the finest restaurants found anywhere in the world.

US-national Wayne is no stranger to Asia, having first come to Japan in 1989 and residing there from 2001-2009 holding senior management positions with Aon Japan including Chief Executive Officer for an Aon and Yahoo Japan online insurance joint venture. Wayne moved from Japan to Hong Kong and then Singapore as Regional Managing Director for Aon Global Risk Consulting which also brought Wayne to Korea, Malaysia and China. In Singapore, Wayne joined Asia Capital Re and worked to develop products for food sustainability. Wayne was then seconded to Thailand to support the settlement of major industrial claims resulting from the devastating floods in 2011.

It was through his love of an epicurean lifestyle that he met Chef Marco Westmaas, and immediately identified himself with Chef Marco’s quest to help resolve the imminent food shortage in the world. Wayne and Chef Marco, therefore, decided to establish Food E Productions Co., Ltd. in Thailand with the aim to further promote sustainable farming of both crops and animals by using large-scale food events as a platform to bring food producers, consumers and chefs together to inspire and educate.

Hailing from The Netherlands, Chef Marco, former owner of the iconic Elzenduin Beach Restaurant in Holland, is highly-regarded by his peers as a creative pioneer of the most progressive cuisine and has been working with the European Union on crop and herb innovation.

Considered as one of the greatest Dutch cooking talents, Chef Marco was named ‘The Most Talented Chef of the Year’ in 2012 by Gault & Millau. His innovative cuisine reflects his commitment to the environment, and incudes the use of Lupines, Pandanus, Gojiberry and Nori seaweed in lieu of real beef, chicken and tuna.

Chef Marco is accredited for introducing a whole new world of gastronomy not only for one’s health, but also the future of the planet’s food supplies. He opened his first Vegetarian Butcher shop in October 2010 in The Hague, and now has 30 shops all over The Netherlands and Europe. The faux meat products are almost indistinguishable from the real thing, and even Michelin star Spanish chef Ferran Adria could not tell the difference!

Chef Marco’s passion to help address the looming food shortage in the world has led him to team up with management expert, Wayne Schnapp from the US, to form Food E Productions Co., Ltd. in Thailand. The company’s main mission is to further promote sustainable farming of both crops and animals for food throughout the world.