Today brought to a close one of the best Cape Panwa Hotel Phuket Raceweek’s in recent history with a full complement of races across all seven classes and some exceptionally close racing. Forecasts all predicted extremely light airs this week but when Day 1 came around, the winds arrived and put in a good showing throughout the four days to deliver some challenging, tactical and exciting racing for all.
.
Ray Roberts’ TP52 Team Hollywood (AUS) used their superior boat length to best effect and put in an excellent performance, winning seven from eight races and dominating IRC I. Amongst the 40-footers places changed throughout the regatta with four different boats making it onto the podium. A last race third place finish, the best of their series, for the Chinese crew on Ramrod was a good ending to what has been a trying series for them while East Marine Emagine (AUS) fought off the rest to secure second overall. Loco’s (SIN) late charge saw them better Rerefine (AUS) to finish third overall.
.
In IRC II the racing has been exceptionally close – both on-the-water and on corrected time. While Phoenix (JPN) claimed what appeared to be an easy win with six wins from eight races on the pointscore, the devil is in the details with just seconds the winning margin on more than one occasion. 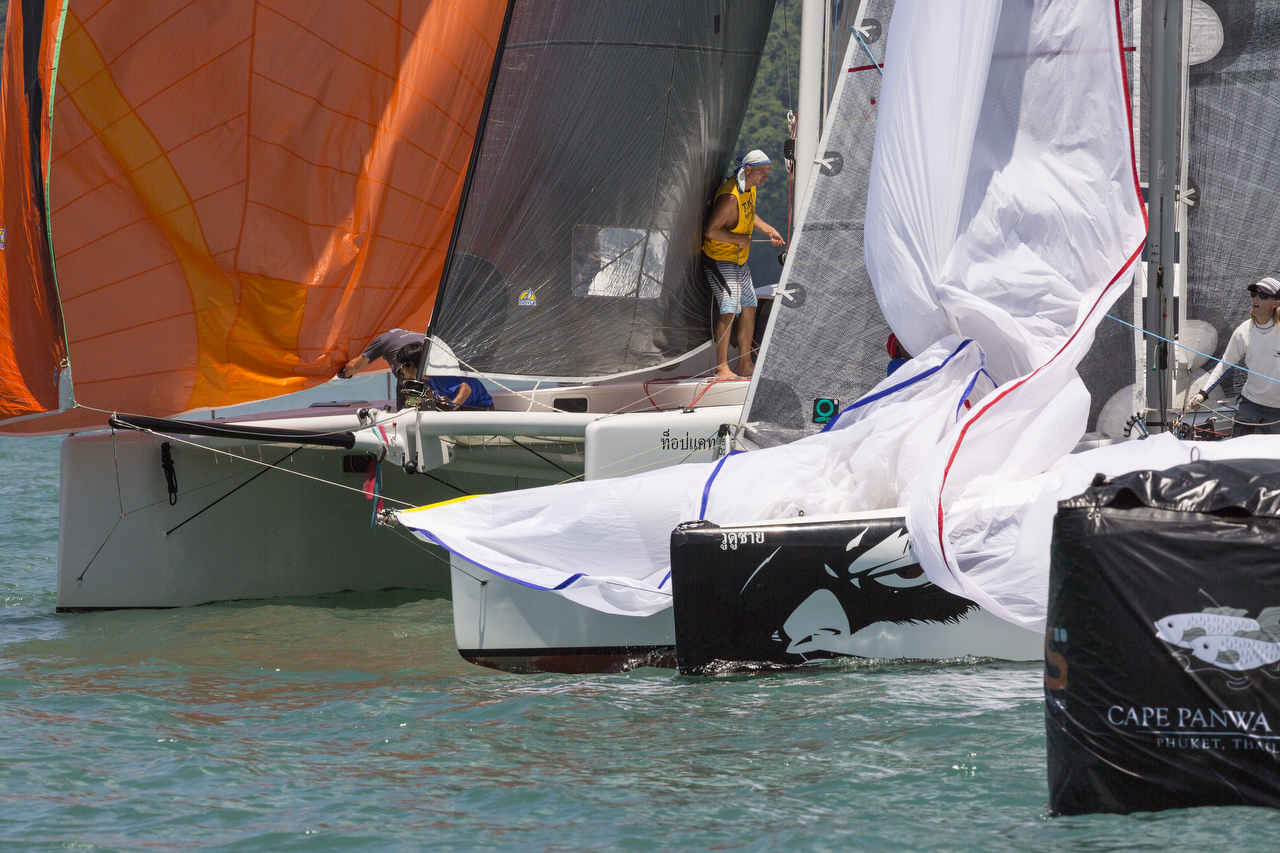 Sailescapes Farrgo Ladies (AUS) crewed by an all-female team overpowered the rest of the class to claim second overall and the bragging rights over fellow Farr 1104, Krabi Boat Lagoon Piccolo (GBR), who finished in third.
.
A final day final race win for Lady Bubbly (AUS) sees them wrap up the Cruising class title in style, though they didn’t have it all their own way with all five boats in the class on the podium during the four days. Fast-finisher Beaux Esprits (AUS) put in a grand stand finish, claiming second overall, helped by Kantus Bride’s (THA) second place finish in the final race which pushed down Who Dares Wins (GBR) to fourth in the race, and third overall.
.
Four multihull classes consisting of 24 multihulls is the largest multihull turnout of any Cape Panwa Hotel Phuket Raceweek in history, and in Multihull Racing Asia Catamarans Hurricane (AUS) were true to form, winning the final race of the series and defending their title with a five point cushion. Thor (GBR) sealed second place without racing today and although the Russian crew on Galeforce finished second in the final race, it wasn’t enough to overcome Phantom V (AUS) whose third place in the final race was enough for third overall.
.
A win in the final race secured DaVinci (AUS) the Multihull Cruising class series win ahead of Mojo (AUS) in second and Siesta (AUS) third.
.
Twin Sharks (GBR) continue to raise the bar and stamp their superiority on the Firefly 850 class with seven wins and a DNS in the final race to claim an undefeated title – their fifth in a row! The Japanese crew on Mil Grace have been battling hard all week and their hard work paid off with a first place win today. This secured third place for them overall while Blue Noze (GBR) slotted into second.
.

In the Pulse 600 class a strong of first places later on for Java Racing (GBR) put them in a strong position at the top going into the final day, but a poor performance by their standards today, finishing fourth, saw them almost throw away the title. However, their cushion was enough and they held on to win the series title by a single point at their first time of trying. Multihull Solutions H30 (AUS) pushed them all the way and had to settle for second ahead of SuDu Red (AUS) in third. 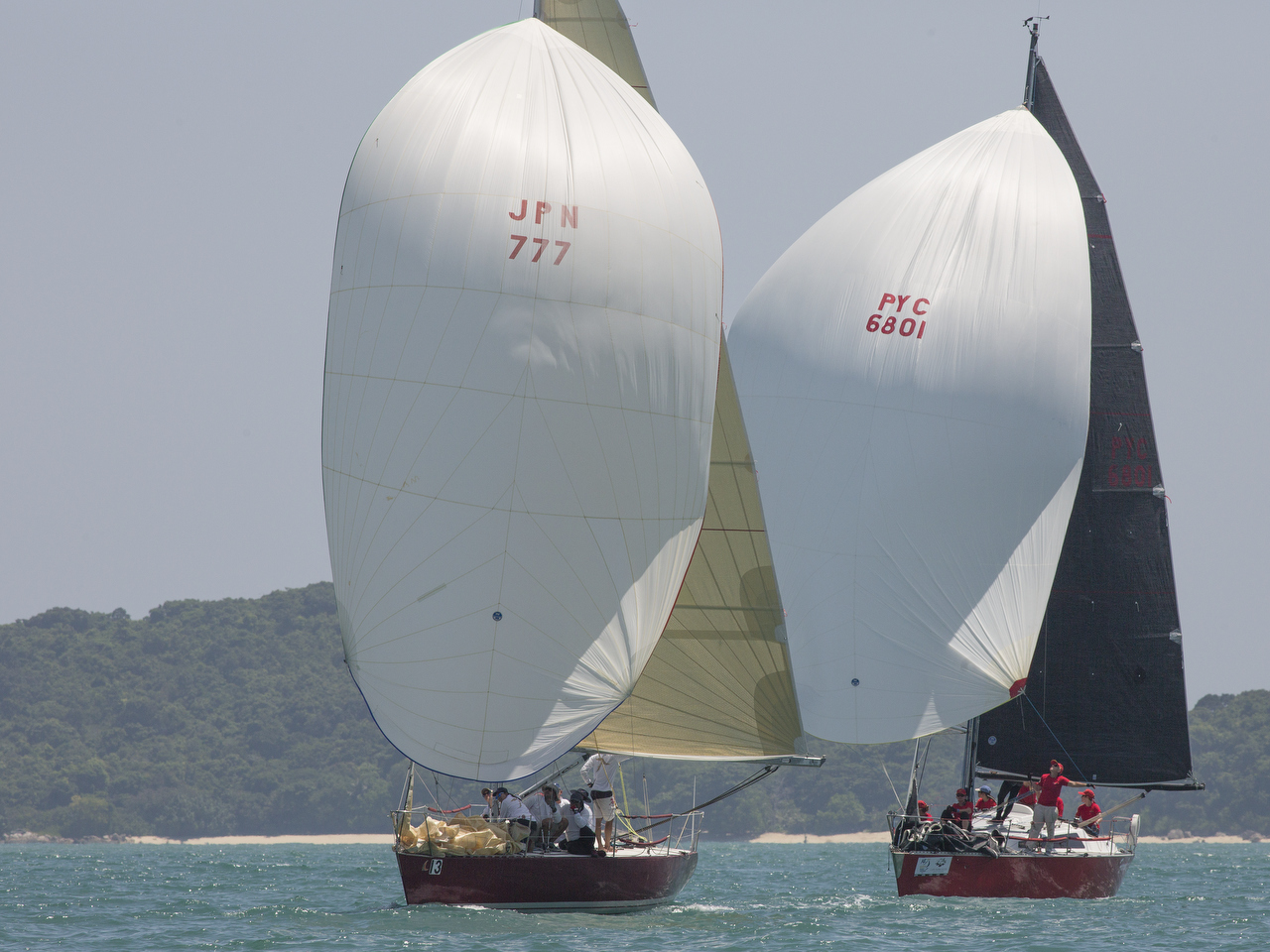 .
At the final prize presentations and gala dinner, organisers announced that Cape Panwa Hotel will continue as host for another two years (2018 and 2019) and the dates for 15th Cape Panwa Hotel Phuket Raceweek are 18 – 22 July, 2018.  www.phuketraceweek.com