For the second year Bangkok has hosted The World’s 50 Best Restaurants held at W Hotel Bangkok on Tuesday 21st 2017. . The voting is done by international leaders in the restaurant community based in the geographical area covered by the awards. Each member can cast seven votes. Of those seven, at least three votes must recognize restaurants outside of the academy member’s own region.
.

These awards are uniquely independent in the way the results are achieved. There is no fixed criteria for selecting the wining restaurants, rather it’s the collective opinion of which restaurant gave the best dining experience. This is decided by a panel in each region is made up of food writers and critics, chefs, restaurateurs and highly regarded ‘gastronomes’. Members list their choices in order of preference, based on their best restaurant experiences of the previous 18 months. There is no pre-determined check-list of criteria, which hopes to make the list as varied and open as possible. This selection process isn’t without criticism some do see it as opaque and obscure. But to put the list into context it can only be  a snapshot of current tastes which are ever evolving. Nothing is perfect but they aim to do the best job possible. 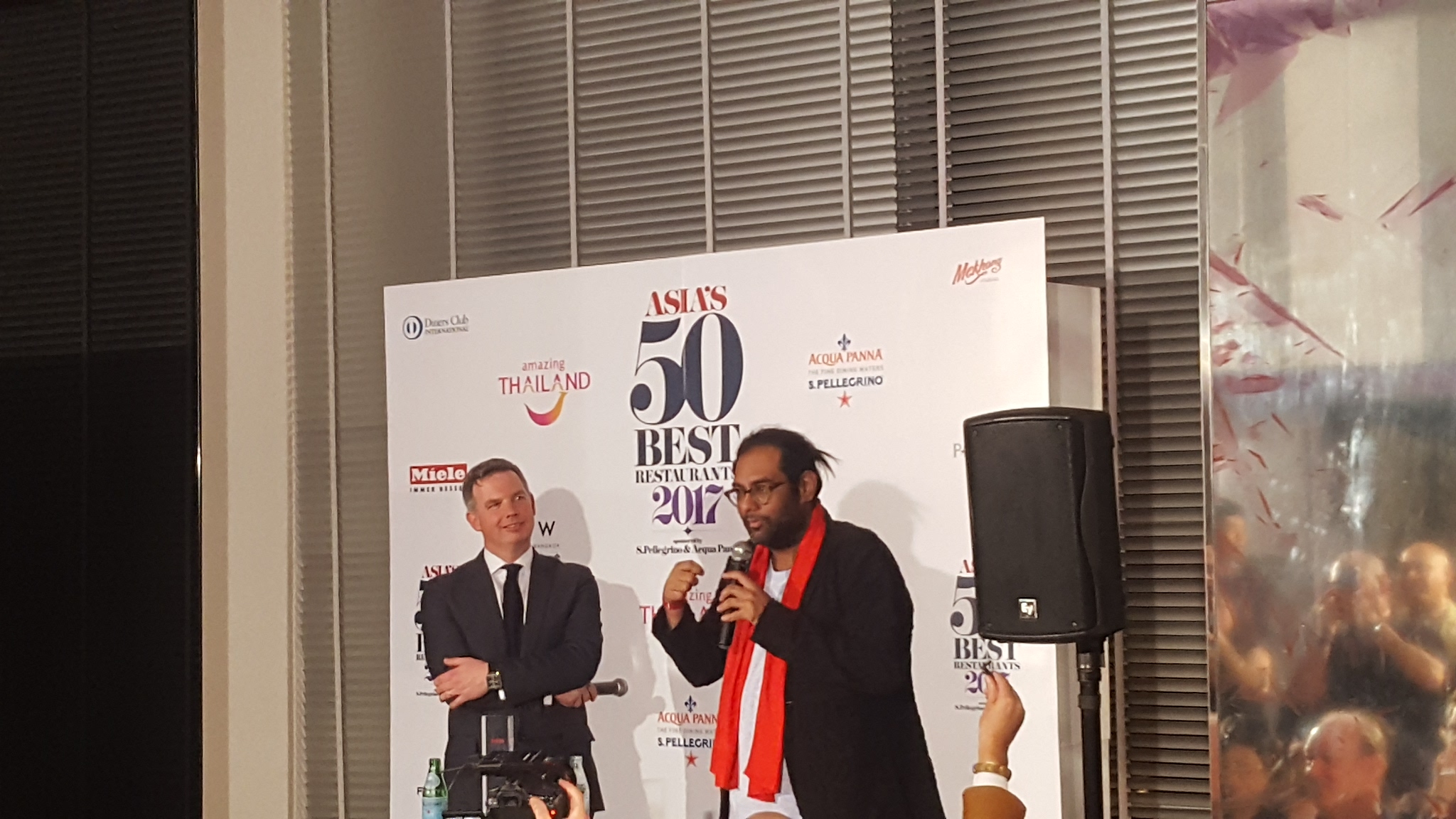 Gaggan in Bangkok claims the No.1 spot for a third consecutive year. Gaggan retains the dual titles of The Best Restaurant in Asia, sponsored by S.Pellegrino & Acqua Panna, and Also representing Thailand are familiar favourites Nahm (No.5), Issaya Siamese Club (No.21), Eat Me (No.31) and Bo.Lan (No.19), the latter making a welcome return to the list. 2017 marks the debut of four Bangkok restaurants: Sühring (No.13), The Dining Room at The House on Sathorn (No.36), Le Du (No.37) and L’Atelier de Joël Robuchon Bangkok (No.40). 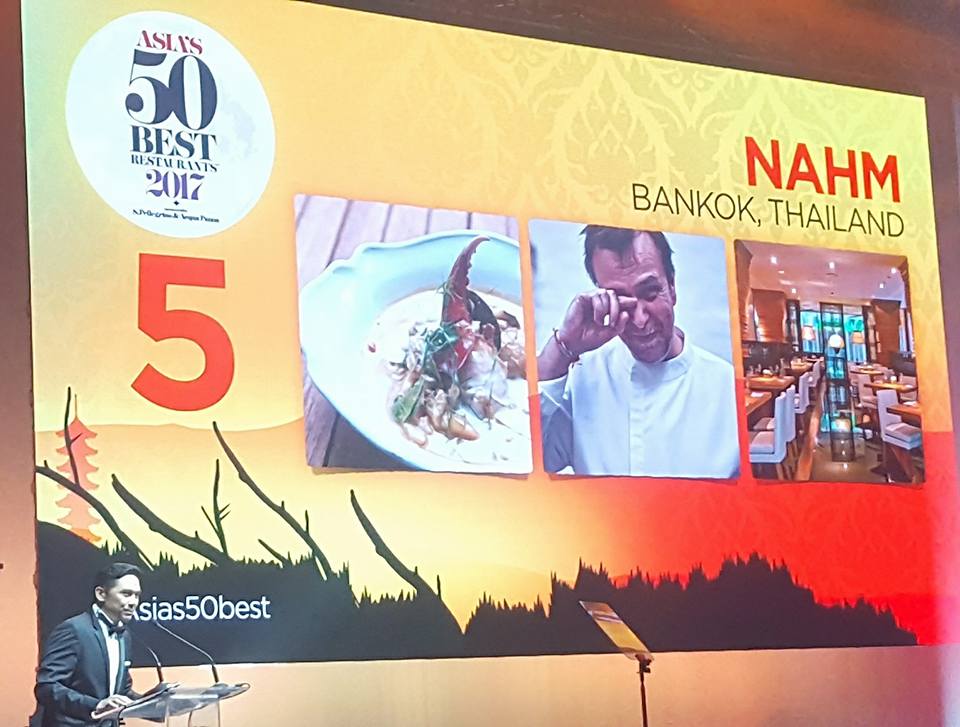 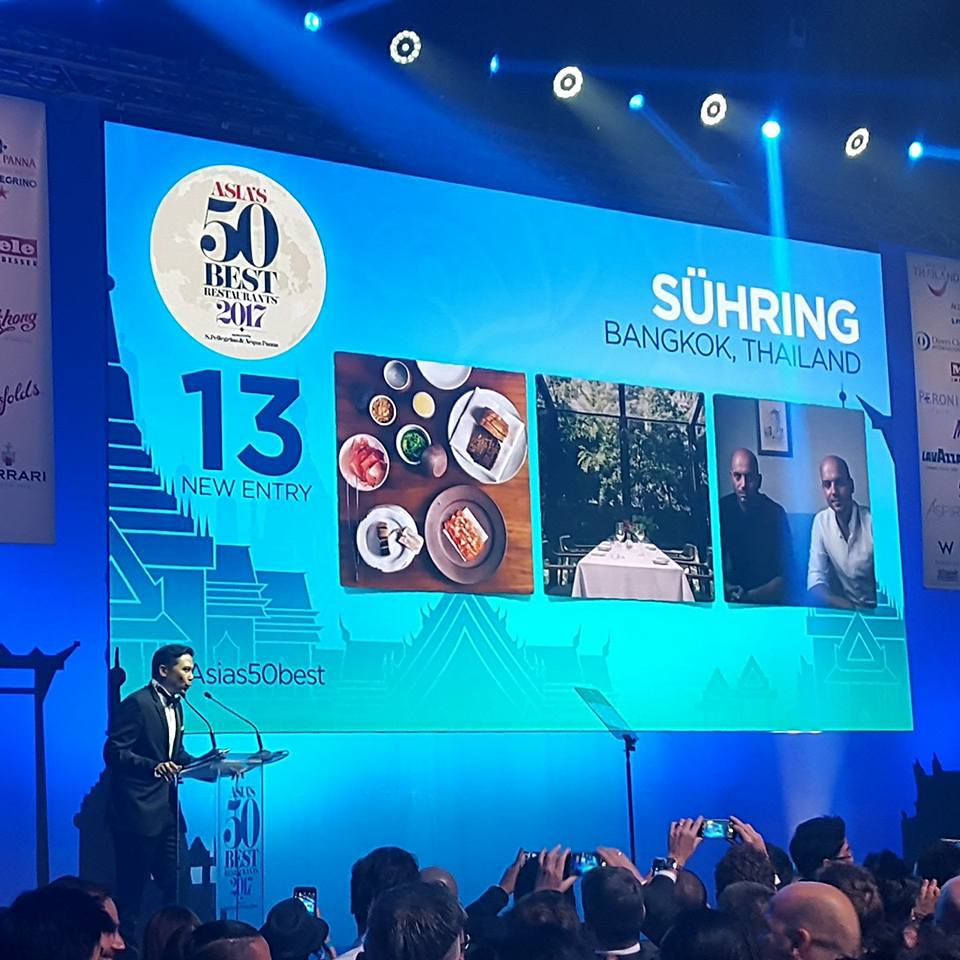 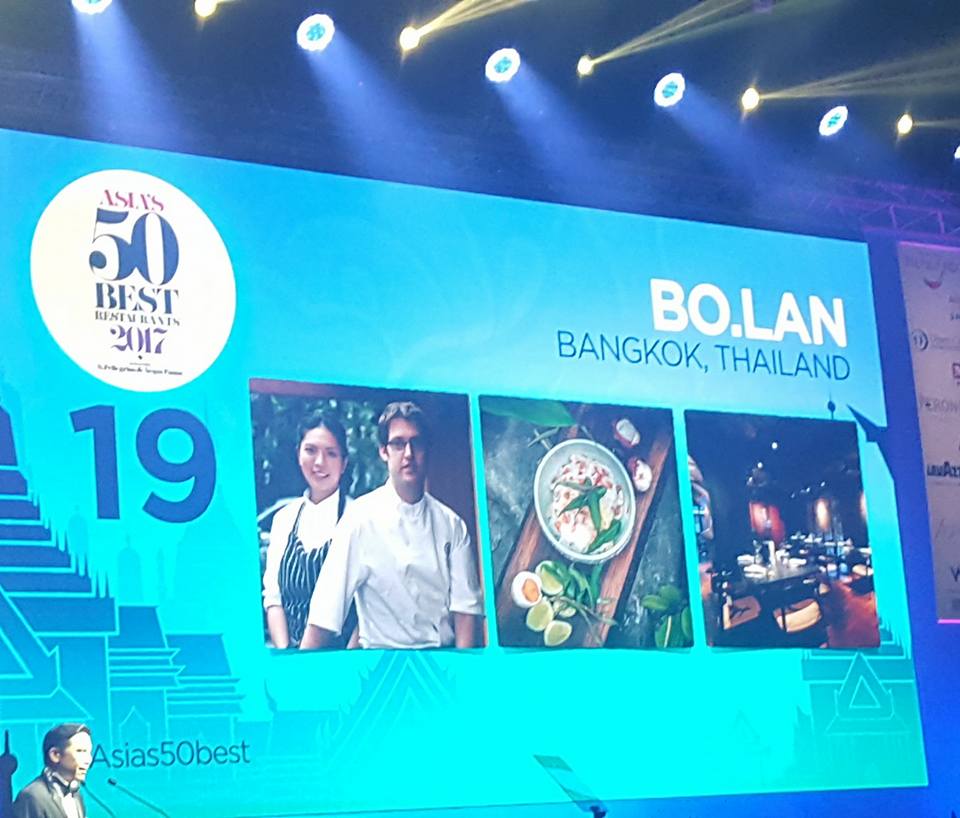 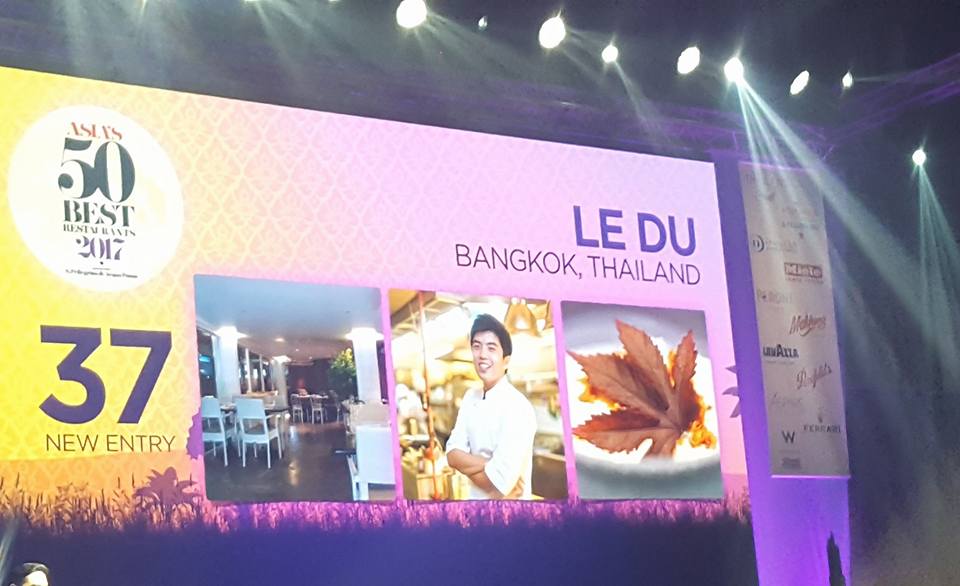 Rising one place to No.2, chef André Chiang’s Restaurant André retains the title of The Best Restaurant in Singapore. Other Singapore entries in the top 20 include Burnt Ends (No.10), Les Amis (No.16) and Waku Ghin (No.20).

Amber (No.3) in Hong Kong is again named. The seven Hong Kong restaurants in the 2017 list include longtime favourites, such as Lung King Heen (No.17) and The Chairman (No.47), as well as newcomer Ronin (No.45).

Narisawa (No.6), one of six Tokyo-based entries in the top 20, is named The Best Restaurant in Japan, for a fifth successive year. Florilège, the 2016 recipient of the One To Watch Award, debuts on the list at No.14.