Hidden away from all the hustle and bustle of Bangkok, Bambino is a cozy house to have a little feast with izakaya-themed fares and invigorating drinks. Ever so often, there are DJs spinning in the house to liven up your evening even more. 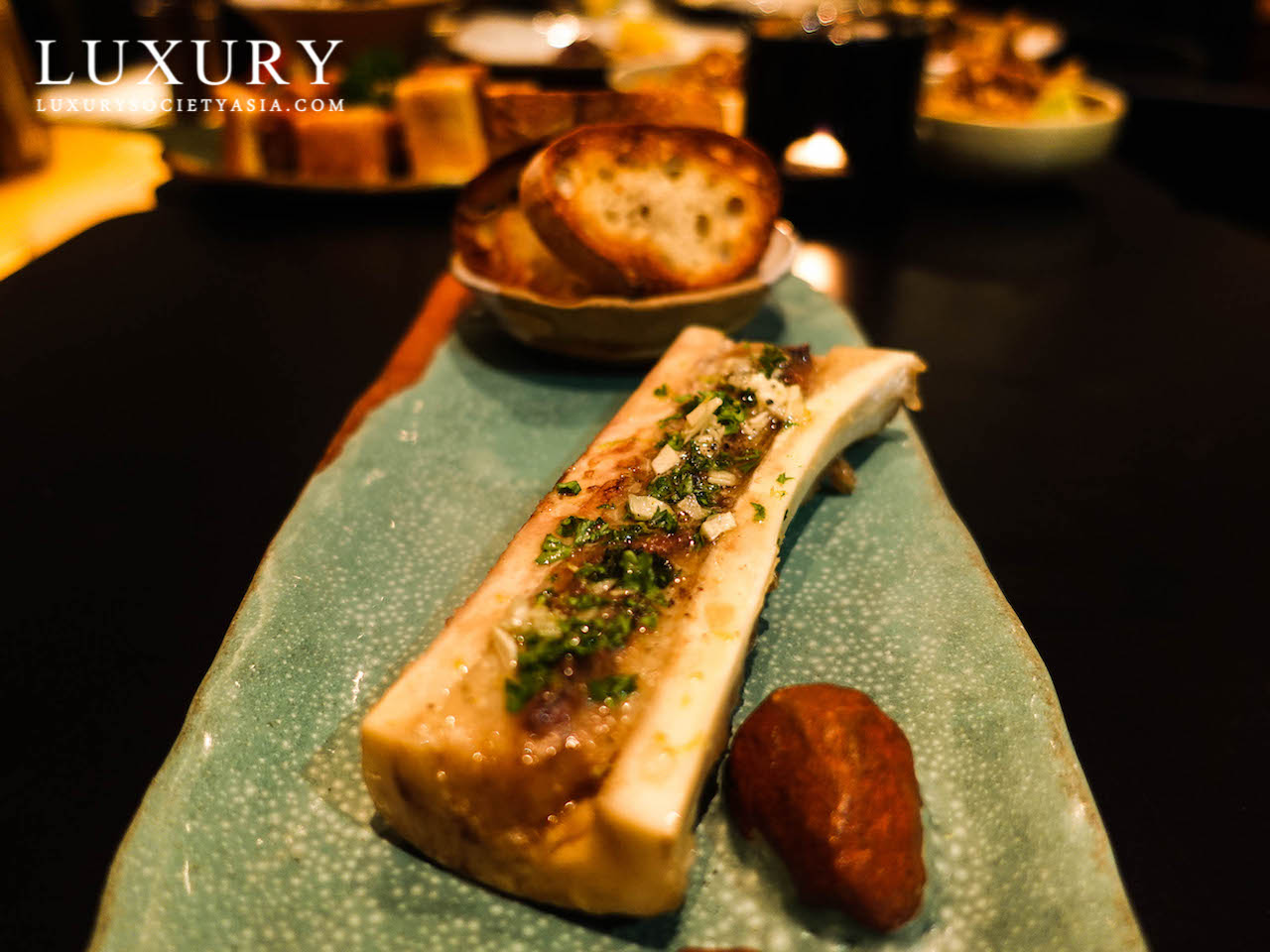 On the menu are foods that sound simple and comforting, but with attentive creativity, the edible experience at Bambino is second to none. Even though the house is famous for juicy Wagyu Sando, other easy-going dishes are worth reveling in as well. 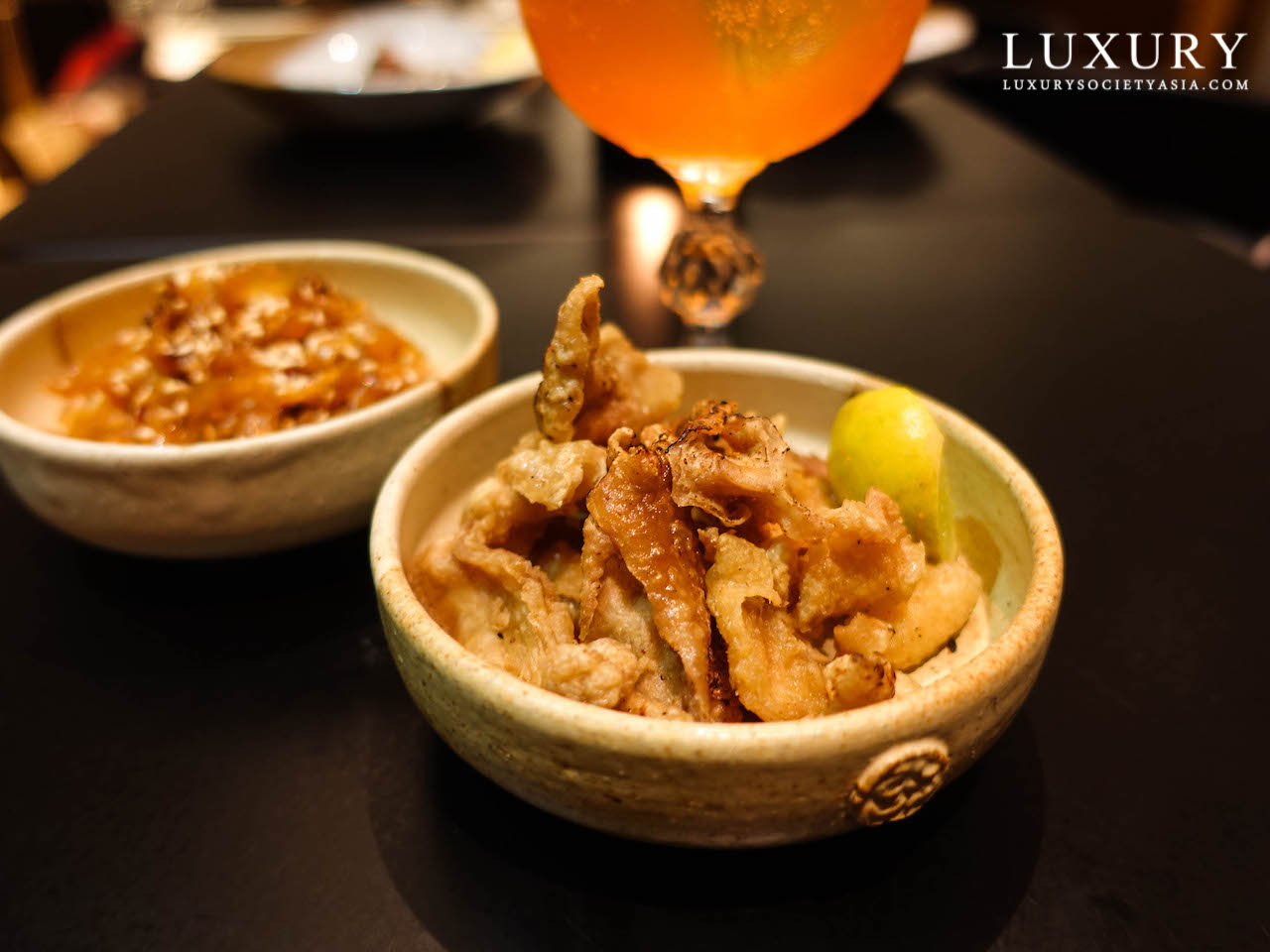 For light bites, B.F.G. Chicken Skin (THB 120) and Spicy Ika Shiokara (THB 220) taste surprisingly amazing. The secret lies in the making of it – the Chicken Skin is boiled, then fried, and then grilled, in order to bring out the best of its flavors, while the ika (octopus) is cooked in the way to make it soft yet chewy, simultaneously. 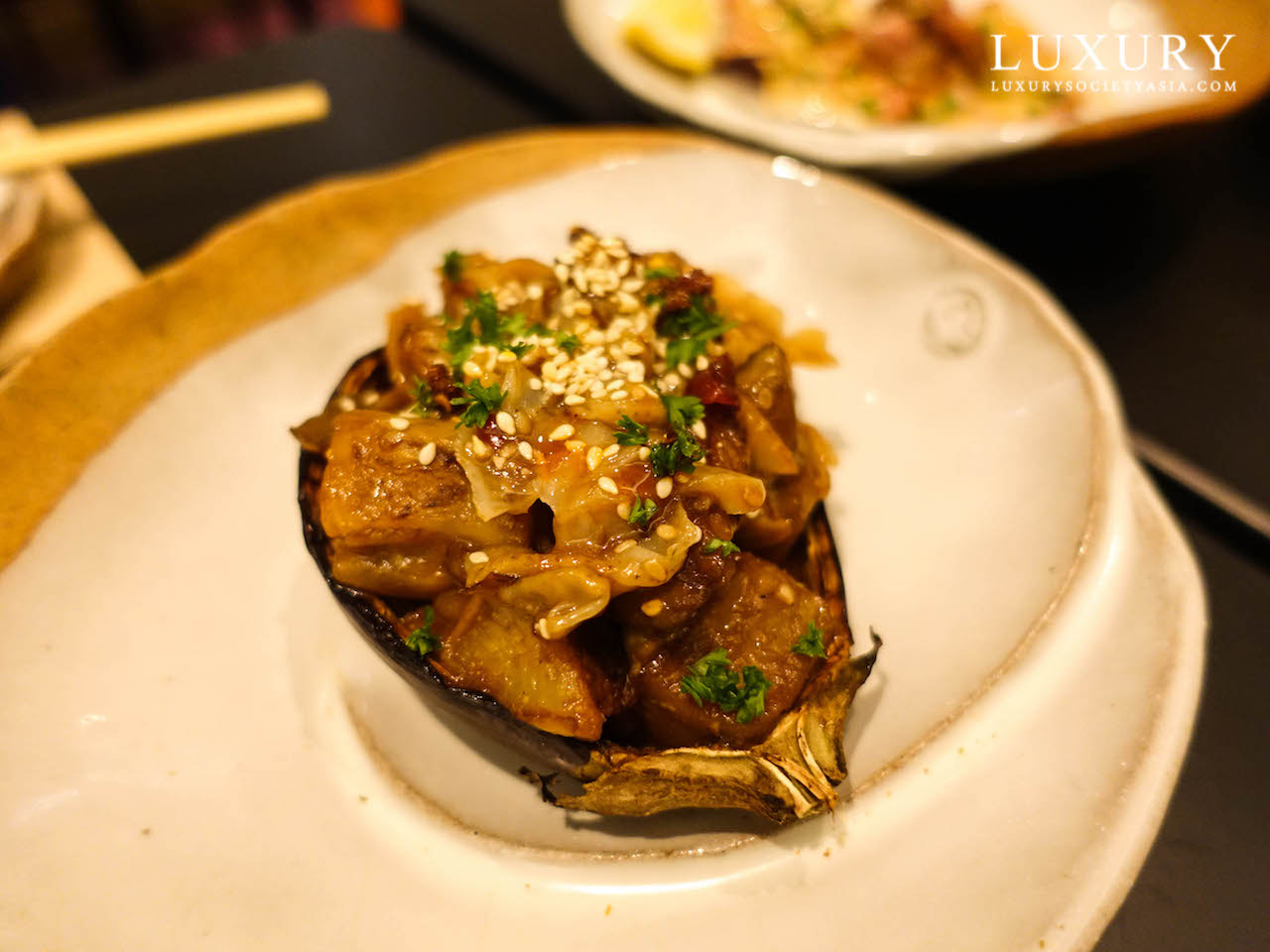 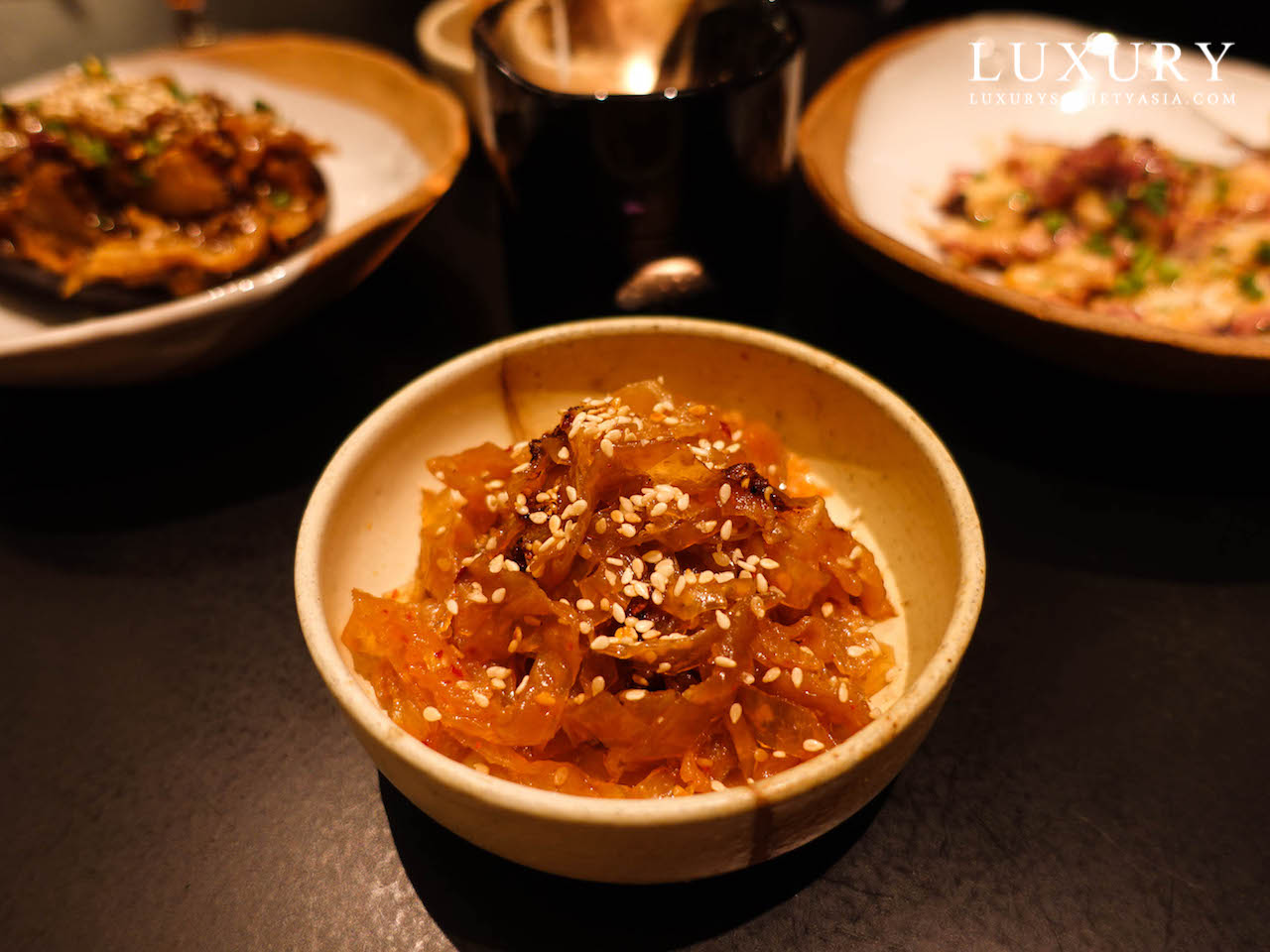 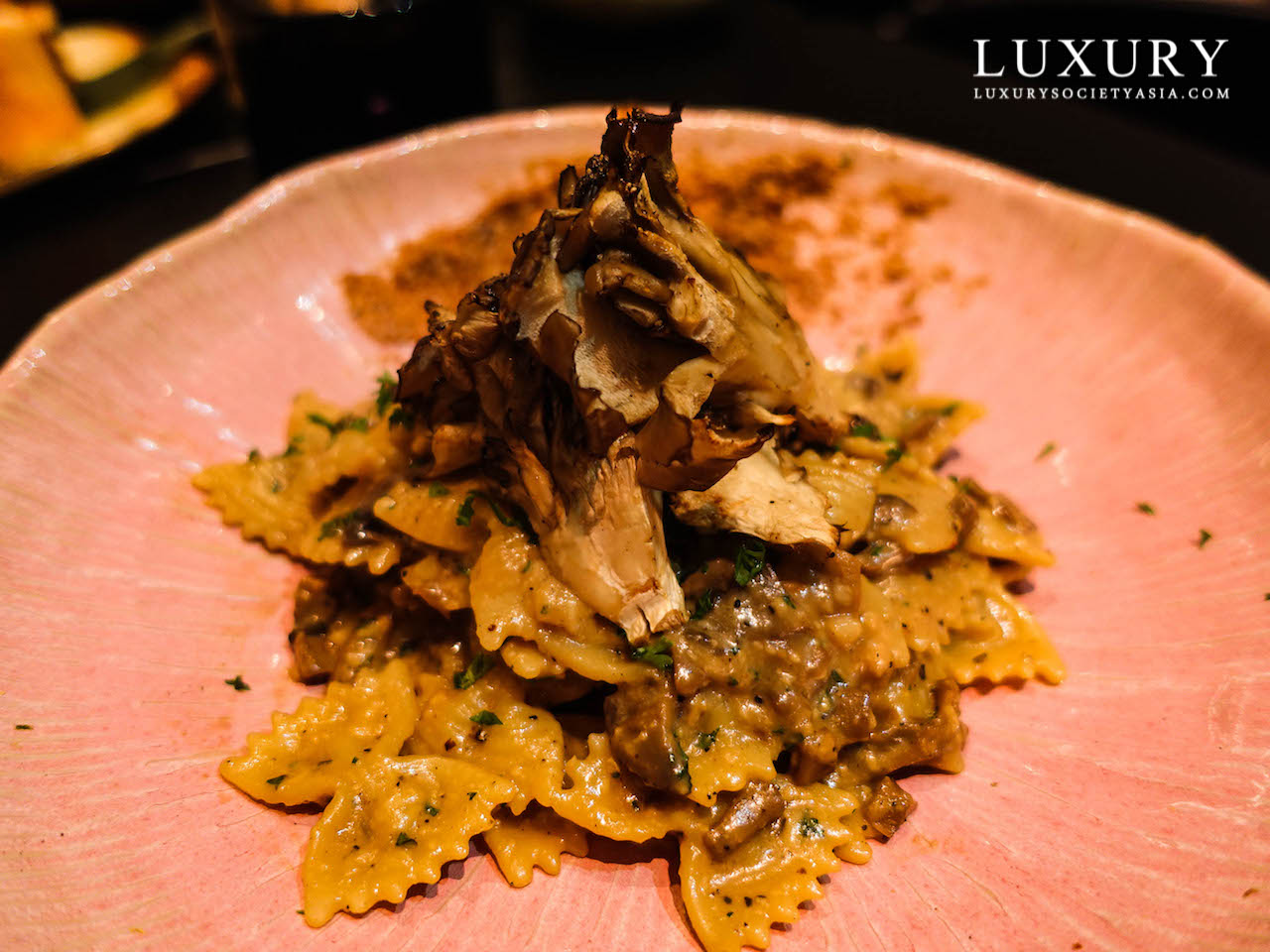 Whether you are a vegetarian or not, pleasing is Bow Ties Grilled Mushrooms Cashew Miso (THB 330), with appetizing scent of mushrooms and gentle flavors of miso on pasta noodles. 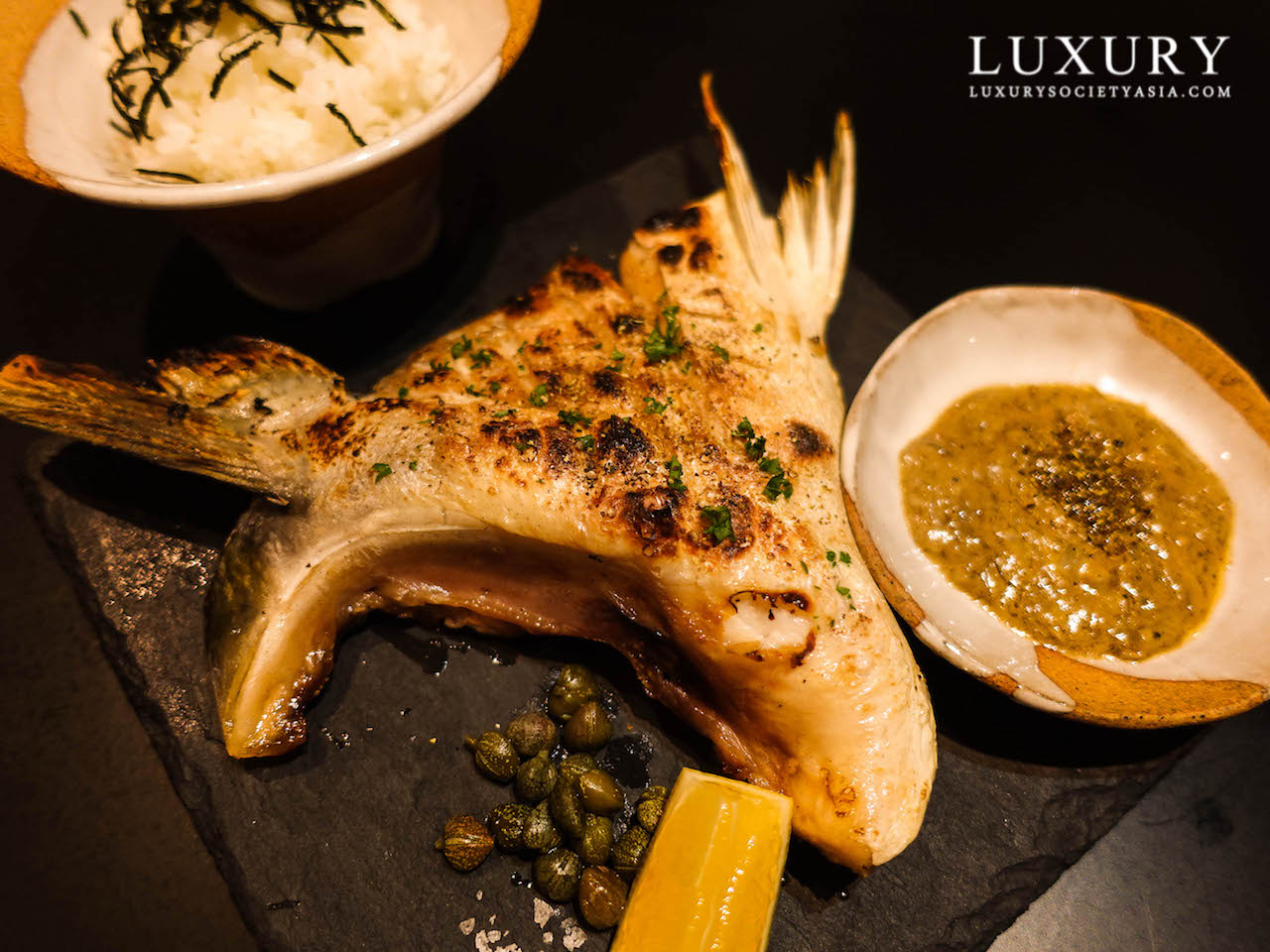 To enjoyably fill your stomach, Hamachi Collar, Kani Miso Butter (THB 650) is not-to-be-missed whatsoever. The soft and oily Hamachi goes along flawlessly with buttery-ness of the kani miso dipping. It tastes even more heavenly when followed by the seeds on the plate. We are really wowed by the dish. 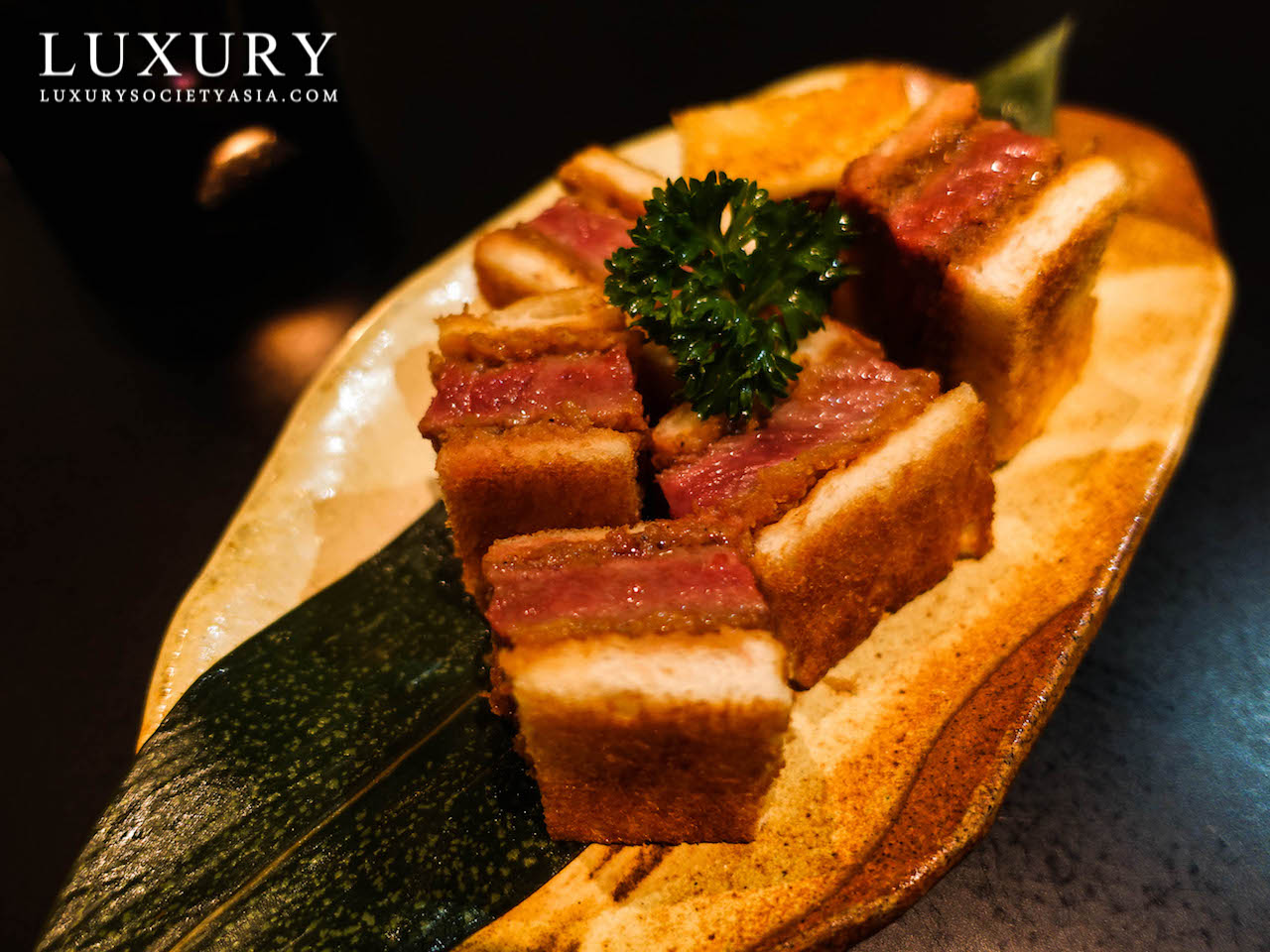 Even though there are already a myriad of palatable dishes, checking out Bambino without trying some sando would be a mistake. Bouncy, juicy, and savory is Kobe Wine Sando (THB 1,450), stuffed with special Kobe beef fed with grape peels. The medium cooked beef has subtle, natural sweetness, and when combined with its juiciness, it’s pure delight. 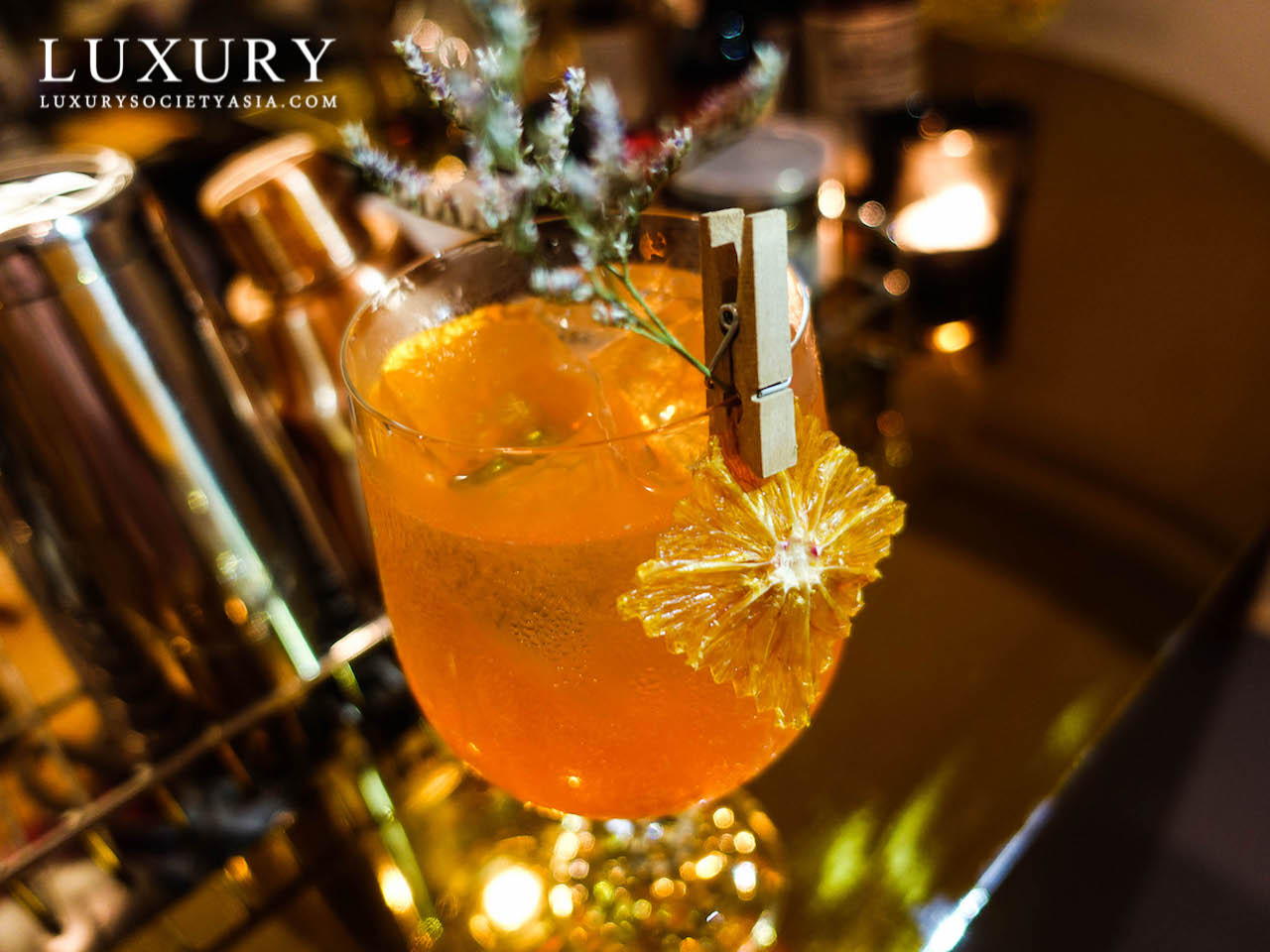 After a long day, suggested is sparkling Shandy Spirit (THB 320), a light-hearted mixture of gin and beer, for a weight off your shoulders. With mild bitterness, the glass could be a de facto apperitivo. 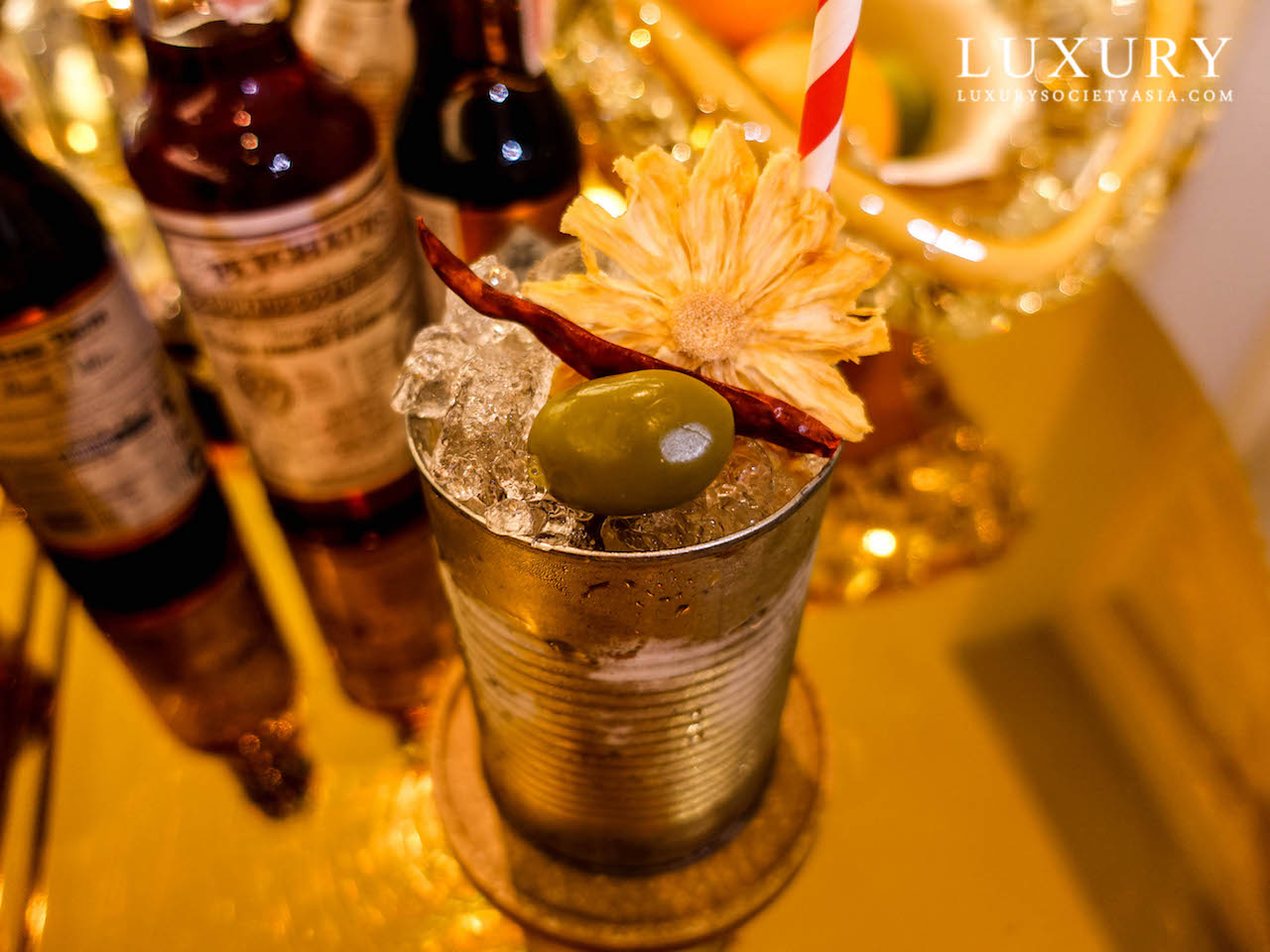 Maxi Miner (THB 320) is a long drink which is uniquely buoyant thanks to the combination of pineapple and chilli. It does not taste like other Tom-Yum cocktails despite its containing chilli, so expect something pleasingly different. 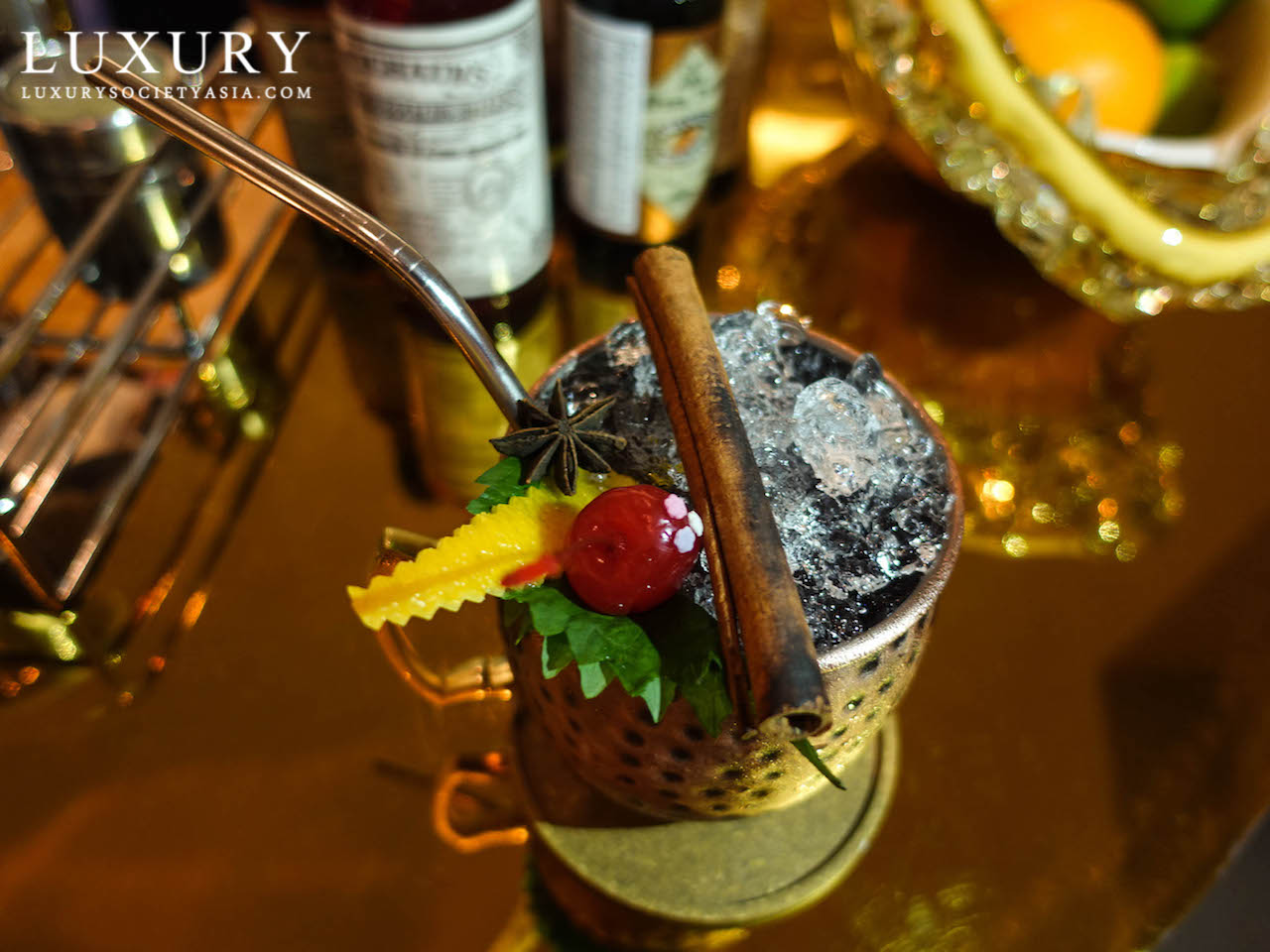 For those who like earthy whiffs, try Forest Wren (THB 320), which is apparently inspired by nature, to transport you to a lush Japanese forest through a sip. The glass comprises different parts of trees, resulting in a warm fuzzy feeling with scents of nature. 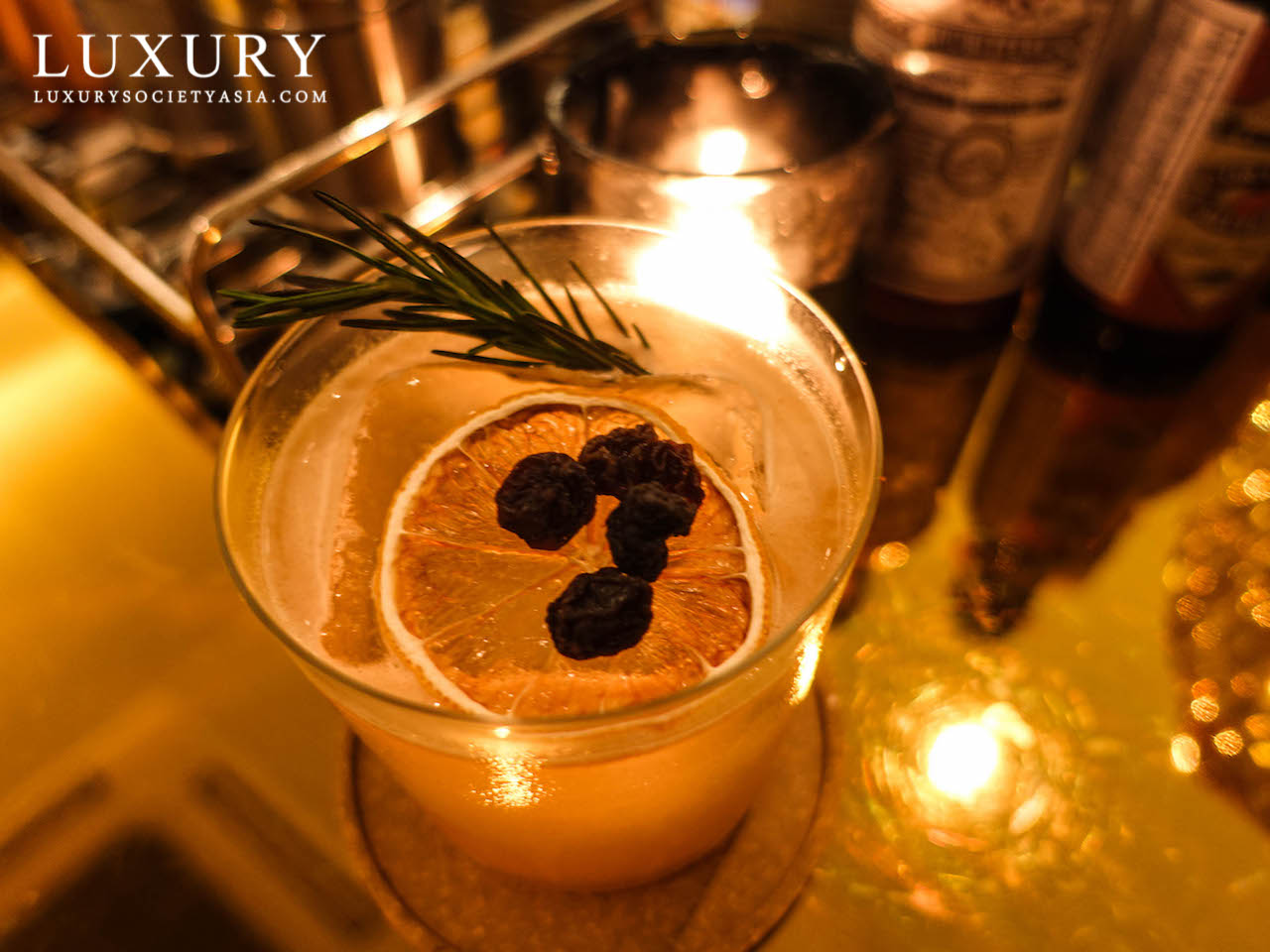 General Farmer (THB 320) is another earthy glass with more fruitiness, glassiness and thicker texture. This is the one to slowly savor, in order to enjoy each marvelous layer of flavors. 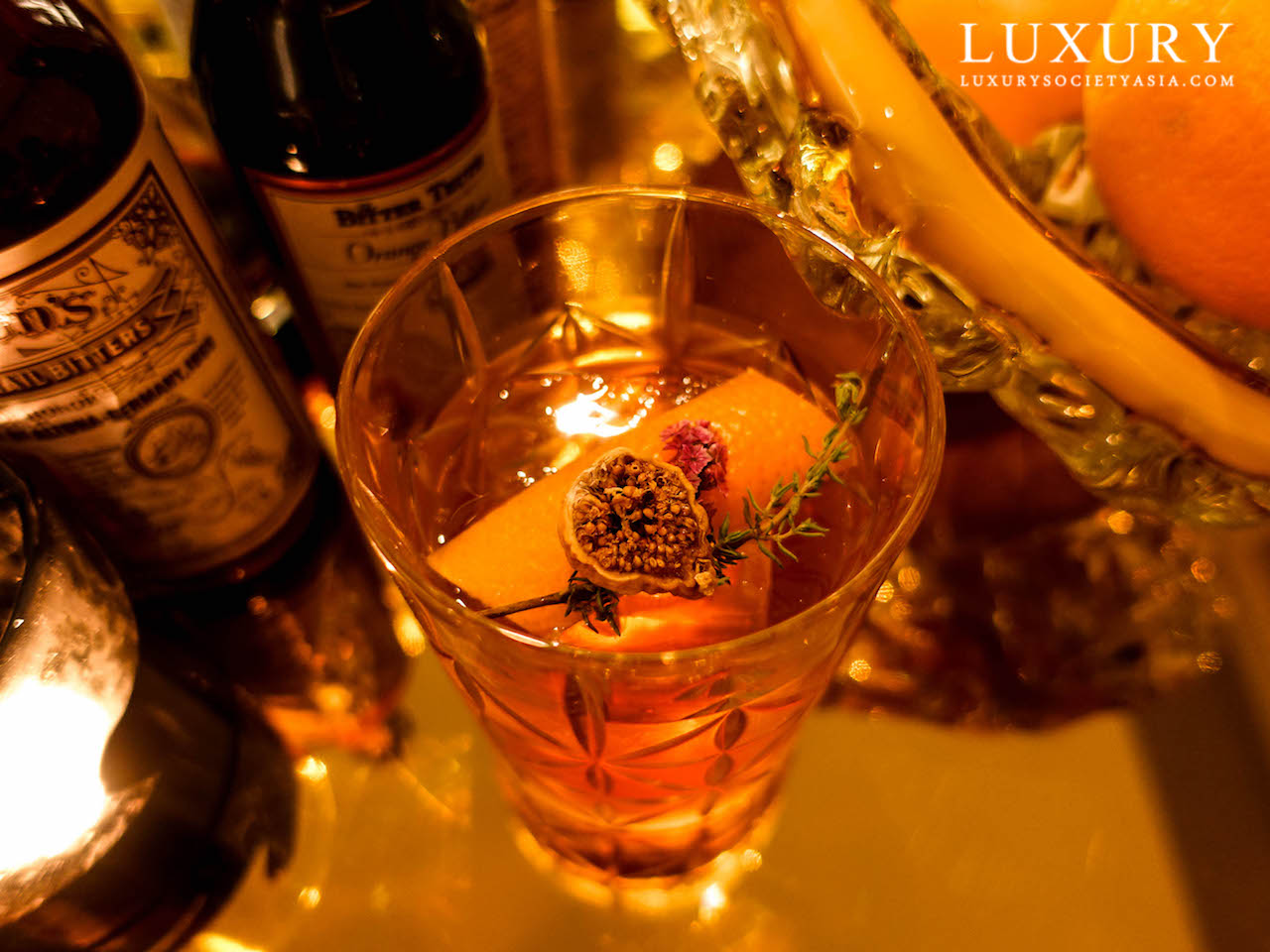 Feeling like having a strong drink? Uncle Otaku (THB 320) is a spirit-forward cocktail with Japanese whiskey and Cynar to strengthen up the mixture. There is also a bit of artichoke scent inside the glass!

There is no parking lot available, so it is best to get here by public transports. Drop off at BTS Ploenchit Station and take the Exit 4. Continue walking to Soi Nai Loet and enter the soi, walk for a few minutes and turn left to an alley with houses. Bambino is in the middle of those houses.