Hong Kong will be hosting an international event that is sure to capture the attention of motorsports enthusiasts in the region. Formula E HKT is a ground-breaking FIA championship and the world’s first fully-electric racing series. An urban circuit, approximately two kilometres in length, featuring long straights, hairpin bends, and stunning views of the harbour and Hong Kong’s iconic skyline will be set up along the Central Harbourfront. 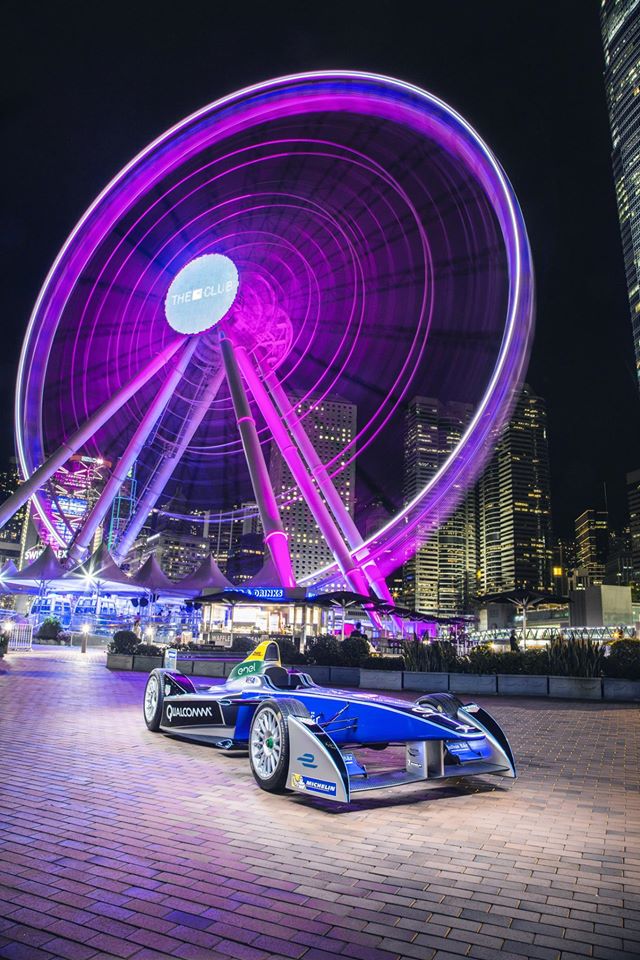 Grandstands erected along the track’s 555-metre main straight at Lung Wo Road, Tamar Park and The Hong Kong Observation Wheel will offer unrivalled views of the world’s newest – and arguably most iconic – motorsport circuit. The total capacity for the three grandstands will exceed 6,000 seats, with organizers targeting a total event capacity of 30,000.

To complement the world-class motorsport on the track, a specially erected eVillage will help to share the excitement of the Hong Kong ePrix with the wider community. The eVillage will feature attractions and entertainment with performances on a series of mini-stages, children’s zones and an array of game booths and activities, including Formula E racing simulator competitions – putting both fans and families at the heart of the action.

In keeping with the ePrix’s emphasis on promoting sustainability, the eVillage will include interactive displays on the latest sustainable energy technologies as well as displays of new electric cars from some of the world’s premier marques.

Formula E is a ground-breaking FIA championship and the world’s first fully-electric racing series. It represents a vision for the future of the motor industry, serving as a framework for research and development around the electric vehicle, accelerating general interest in these cars and promoting sustainability. The first season began in Beijing in September 2014 and completed in London in June 2015, racing in 10 major cities (11 races) around the world. The championship sees nine teams, each with two drivers, going head-to-head to create a unique and exciting racing series designed to appeal to a new generation of motorsport fans. Season two got underway in October in Beijing with the series becoming an ‘open championship’ allowing approved manufacturers to develop new powertrain solutions. Future seasons will see the regulations open up further allowing manufacturers to focus on improving battery technology.