This one-of-a-kind culinary experience brings food and history together at Lhong 1919, a heritage venue founded in 1850 with the modernisation of Siam liberalisation of foreign trade as a steamship terminal on the banks of the Chao Phraya River.

*****Karmakamet Conveyance at LHONG 1919 closed from February 1, 2019 and move to a new location on Sukhumvit soi 49. They expect to have an opening around mid-year. Please stay tune for the opening date.***** 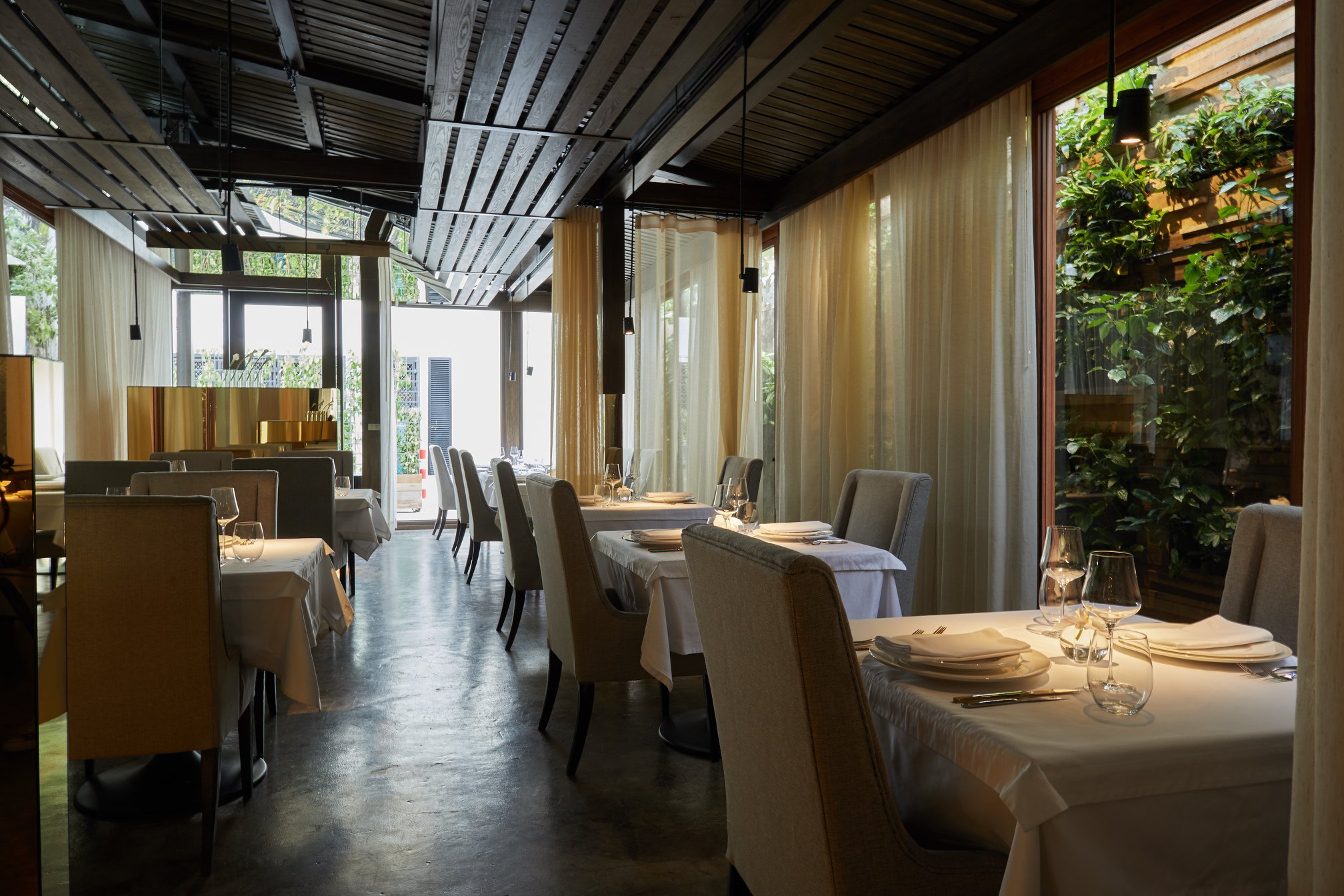 In the restaurant hidden behind the aromatic shop, Chef Juthamas Theantae, one of the country’s few established female chefs serves up a meal that evokes memories and promises to convey diners on journeys of their past while creating new ones. 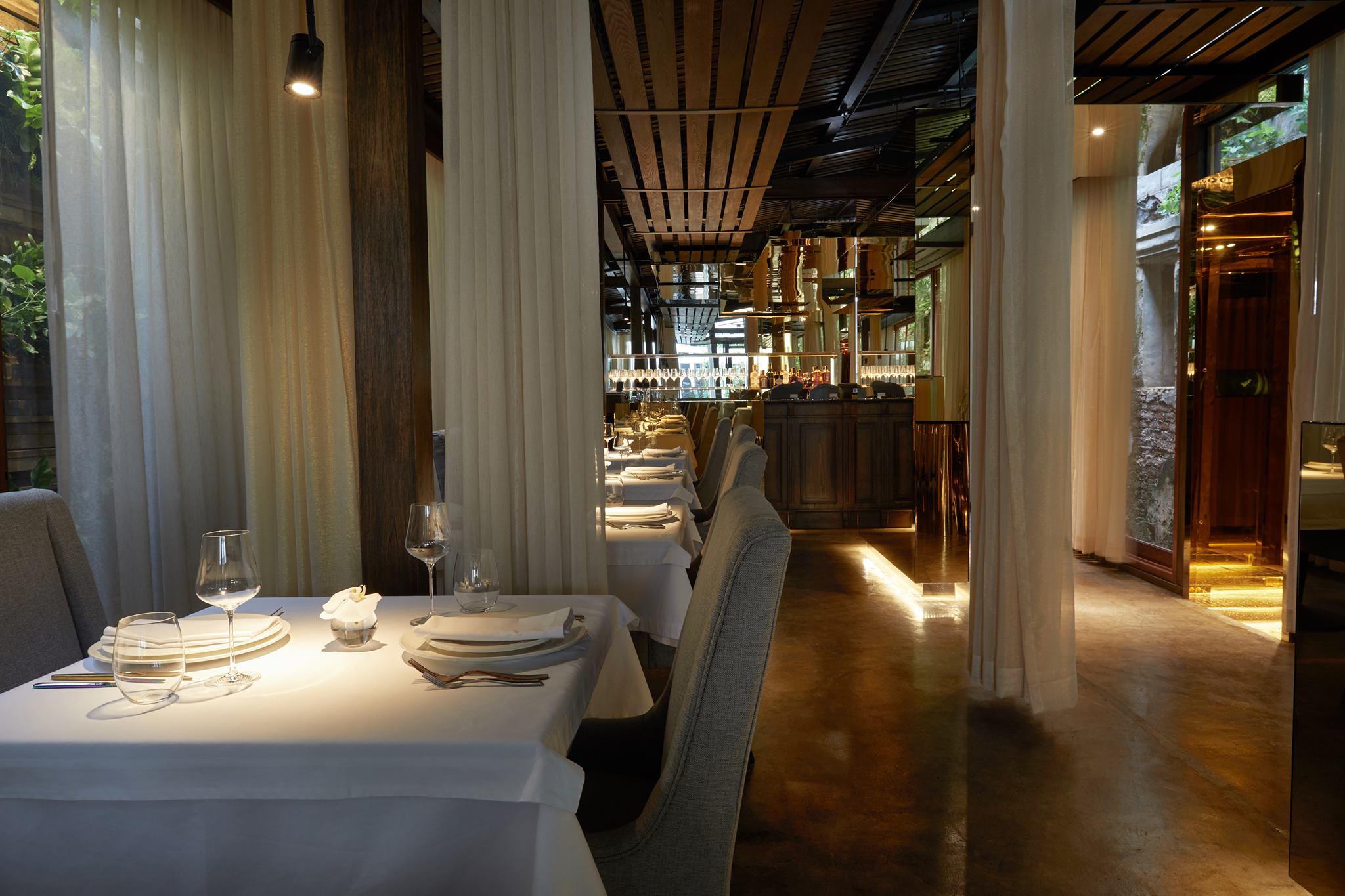 “The menu at Karmakamet Conveyance focuses on tastes and flavors as one experience,” explains chef Juthamas, whose other restaurant, Karmakamet Diner in Sukhumvit, features food that revolves around Western culture shifting to the Eastern part of the world. “Some of the dishes at Conveyance will recall your memories of places and times in your life, some dishes will create new memories,” she adds. 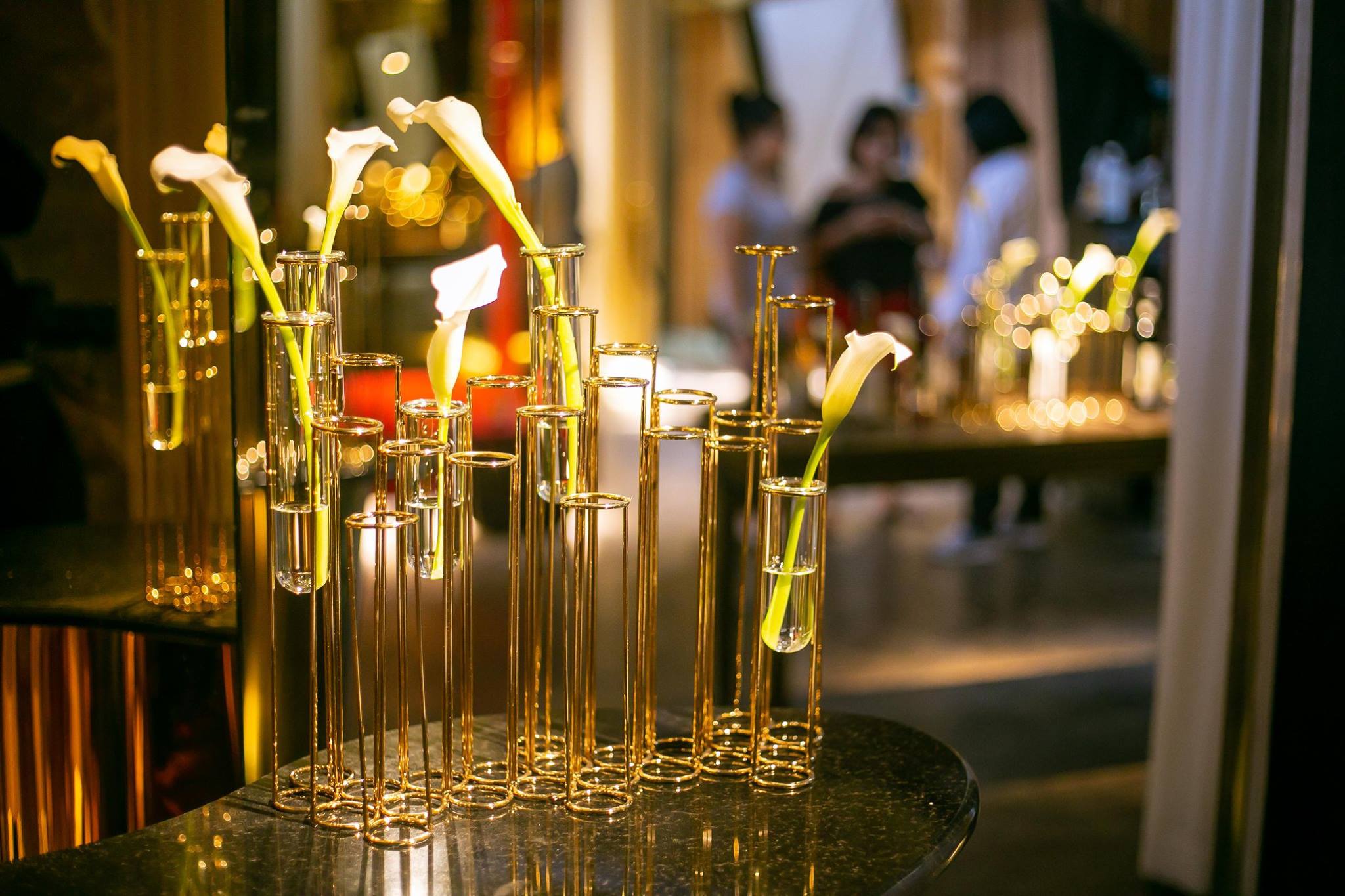 Her seven-course menu blurs boundaries and distances evoking a range of memories paired with handcrafted boutique organic, biodynamic wines from fin – fabulous is needed. The journey begins with a teaser “Emotional Seascape: Humid Morning by Prachuap Khiri Khan Bay.” The dish was inspired by Chef’s first memory being born in Prachuap Khiri Khan province, the humidity, salty air and smell of salted fish were translated into a bite of coconut-water jelly topped with salt-pickled mackerel, macapuno coconut mousse, and salted fish roe. Paired with the Bouvet Brut Rosé Excellence by Bouvet-Ladubay for a touch of acidity that complements the salinity and umami from the teaser. 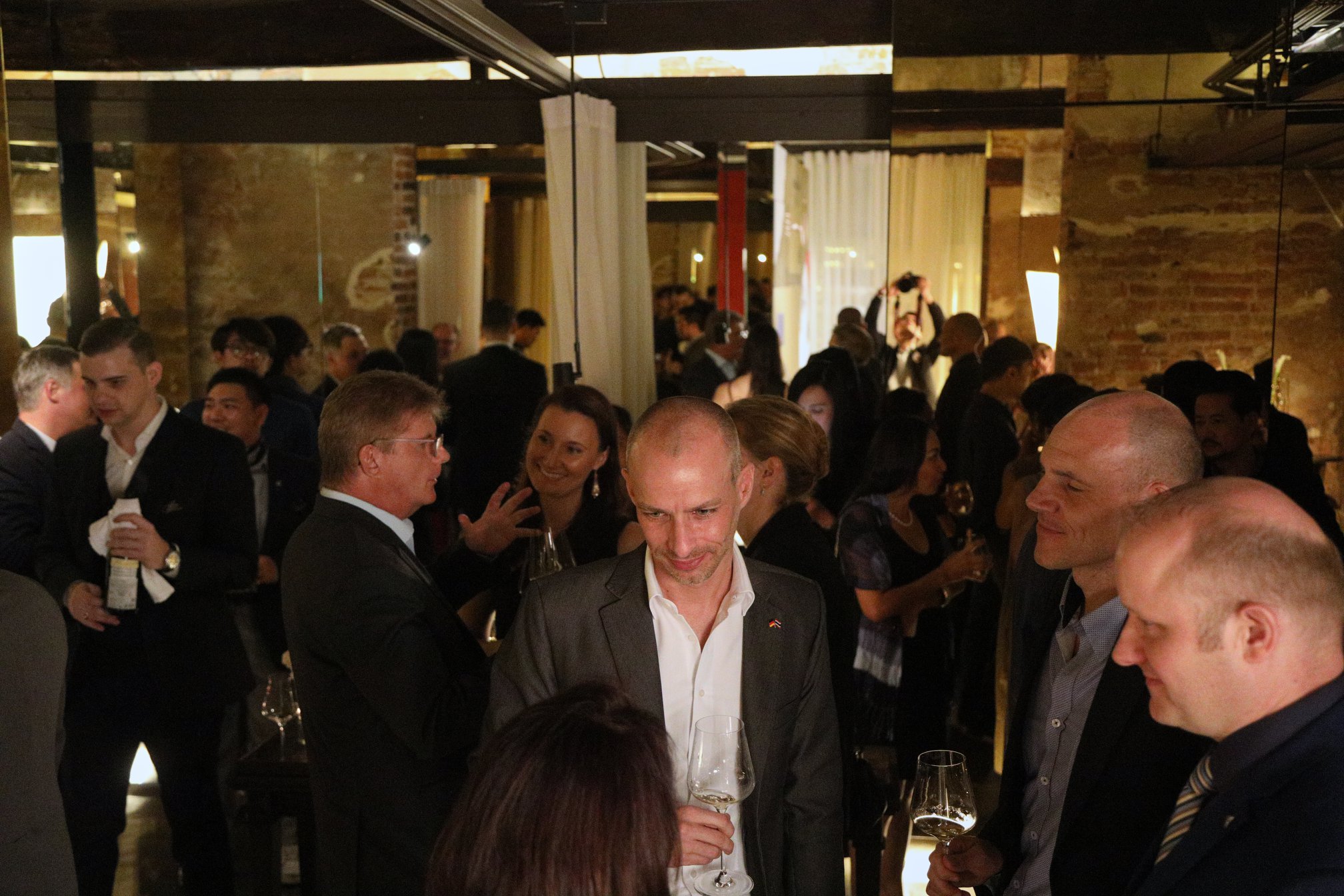 Other highlights include “Bangkok Street No. 1”, the first in the ‘Bangkok Street’ series that other versions will be unveiled in the restaurant’s next menus is Chef Jutamas’ version of “Pad Thai and Hoy Tod (fried mussels pancake)” duo we know and love. A majestic oyster topped with crispy pancake topped with barely-sprouted bean sprouts and hand-pounded sriracha sauce sits atop a crushed ice placed on an artistic porcelain hand. The pad thai, made from hand-rolled chewy pici noodles sauteed with Chef’s secret sauce, chinese green pickles and all the traditional fixings gain balance from the crisp and refreshing 2015 KAITUI Sauvignon Blanc, from hotshot winemaker Markus Schneider whose same wine was served to Barack Obama during his state visit to Berlin in 2013. “Hong Kong”, inspired by Chef Jutamas’ many visits to the island city the dish highlights Chef’s signature braised beef tongue on a bed of soft and chewy rice noodles. Topped with a crispy shrimp cake and bouncy beef ball and this comforting dish offers diners a myriad of textures and spice elements that further shine when paired with 2014 Blaufränkisch Leithaberg DAC from Austrian superstar biodynamic winemaker Gernot Heinrich. A wine like Blaufränkisch was selected by Khun Benjawan due to the varietal’s characteristic elegance and finesse like that of Pinot Noir with the hints of spice typical of the Syrah known by many. The last main course, a Thai and Indian affair called “Southern Thailand Coast” is inspired by the flavors and beautiful seafood from the South of Thailand, combined with the homely flavors of Indian cuisine, her home of six years during her time at a Lithography student at Visva – Bahrati University, West Bengal. Spiced coconut and crab meat cooked in its own shell and a curried corn patty accompanies traditional biryani rice. The cempedak fruit fritter adds a hint of juicy sweetness and nuttiness to the dish while the coriander chutney adds a touch of citrusy tang that balances out the spice. This final course before dessert challenges conventional pairing of off-dry whites with a bold and earthy red like the 2013 Carménère ARMADOR by Odfjell Vineyards from Chile. 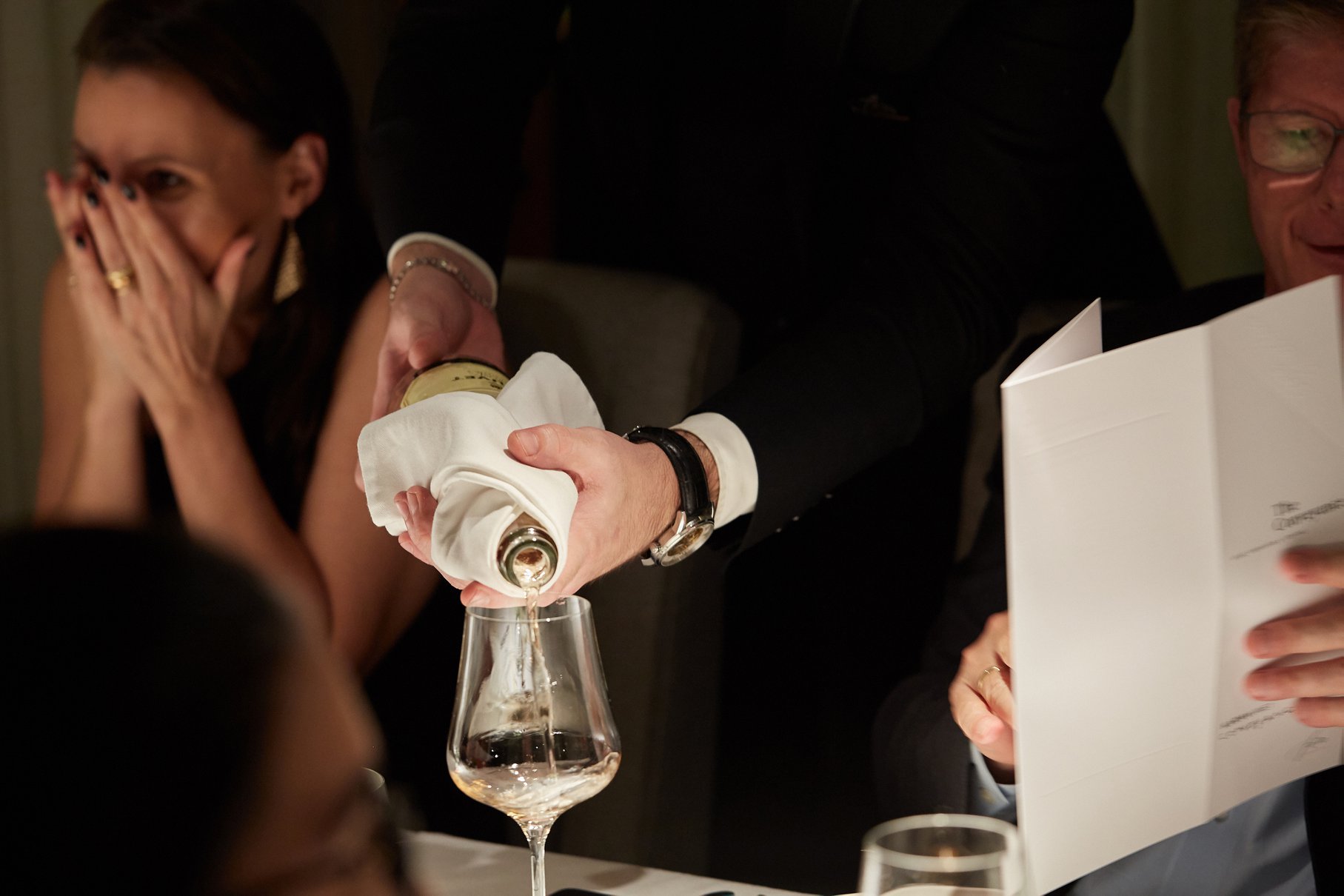 “Karmakamet Conveyance,” chef Jutamas explains is the “blurring of agreements, the removal of frames and boundaries that we resonate to that was built to dictate the way we live, and how we view things around us.”

“Sometimes, these societal norms also lead to the separation of individuals thus we would like to lead individuals from this fear to be able to express themselves in a different direction, a livelier one with more freedom to express. This leads to new possibilities, more than those constructed by the opinions and standards of society and allow things to happen the way they are.” 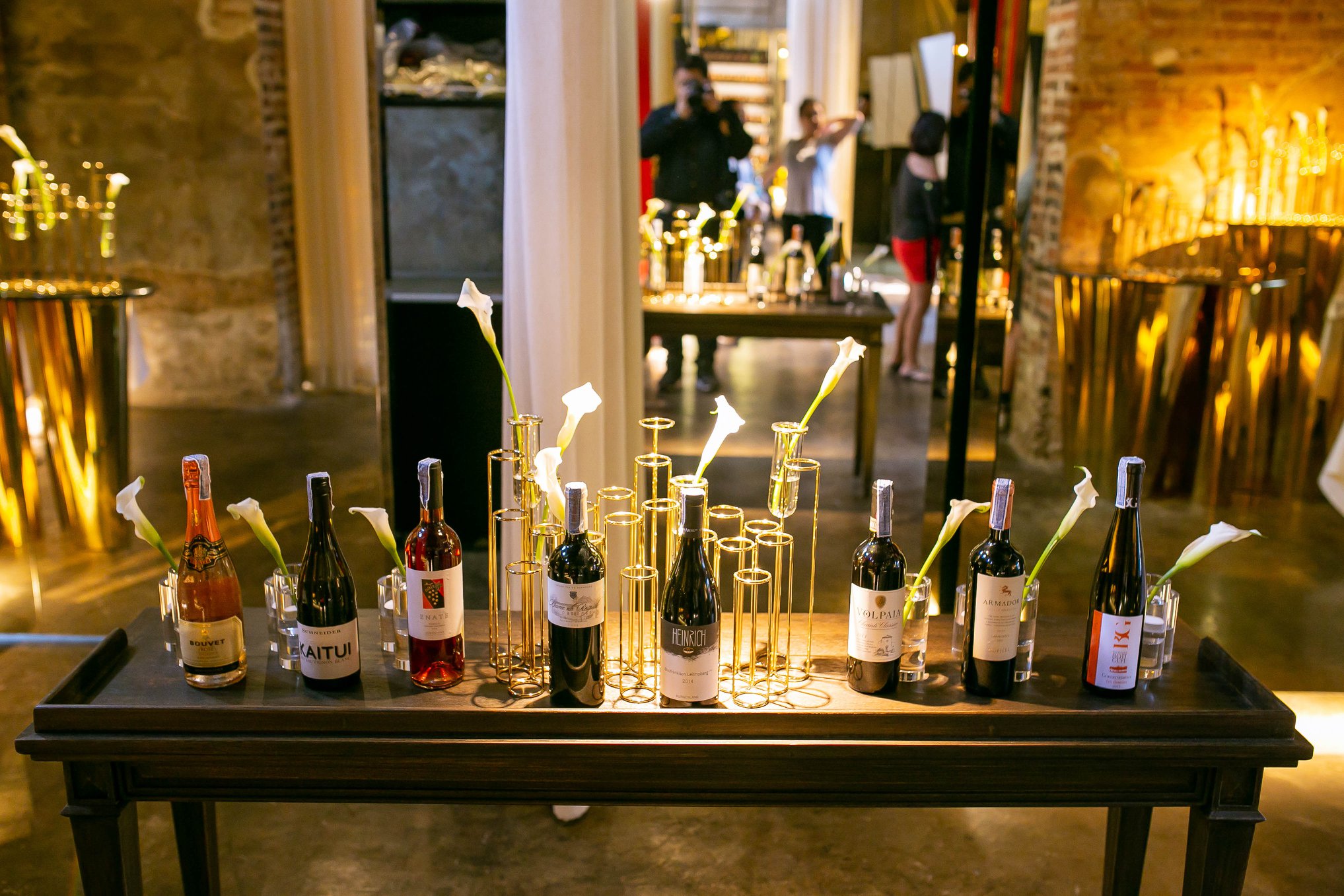 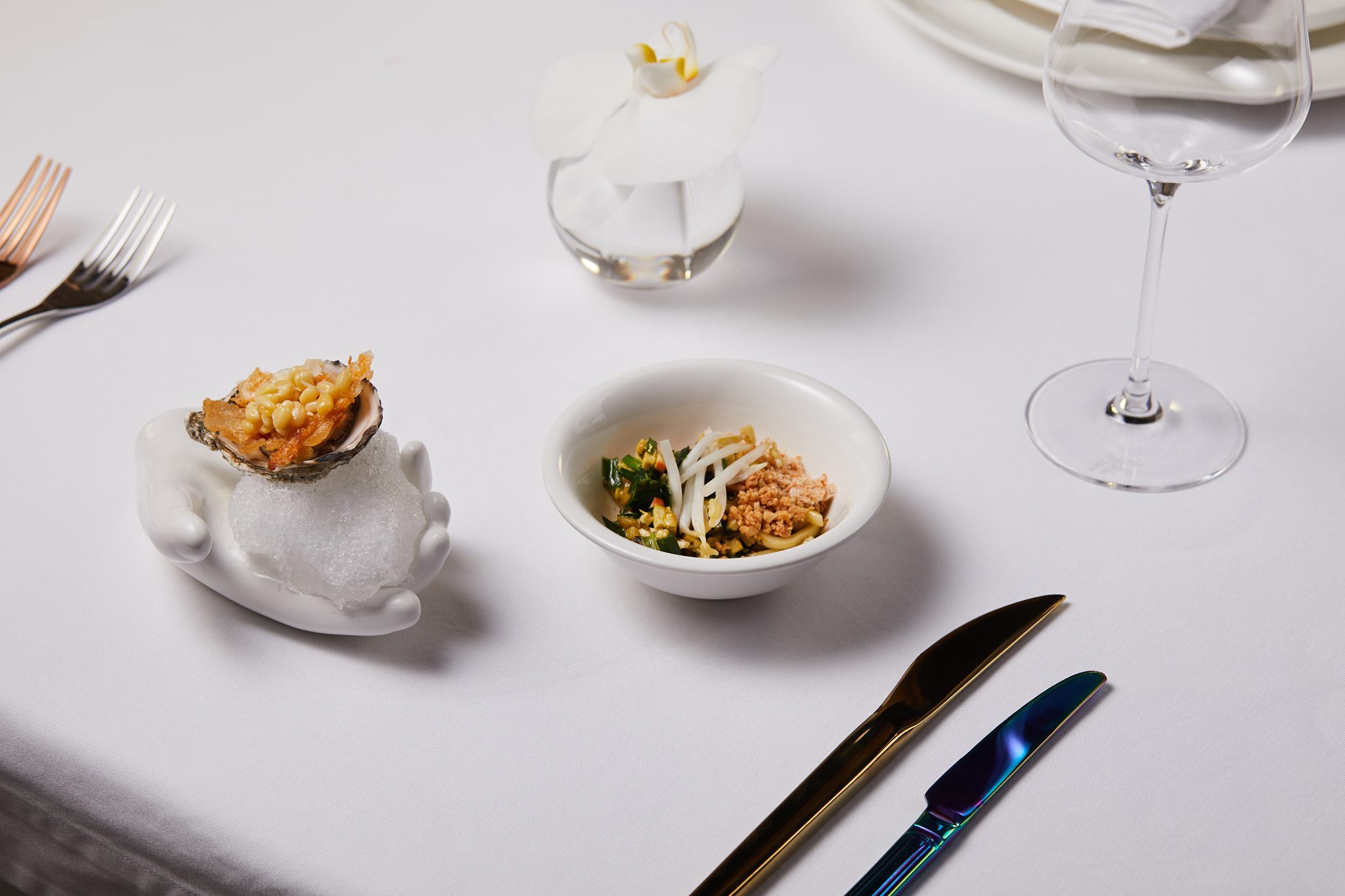 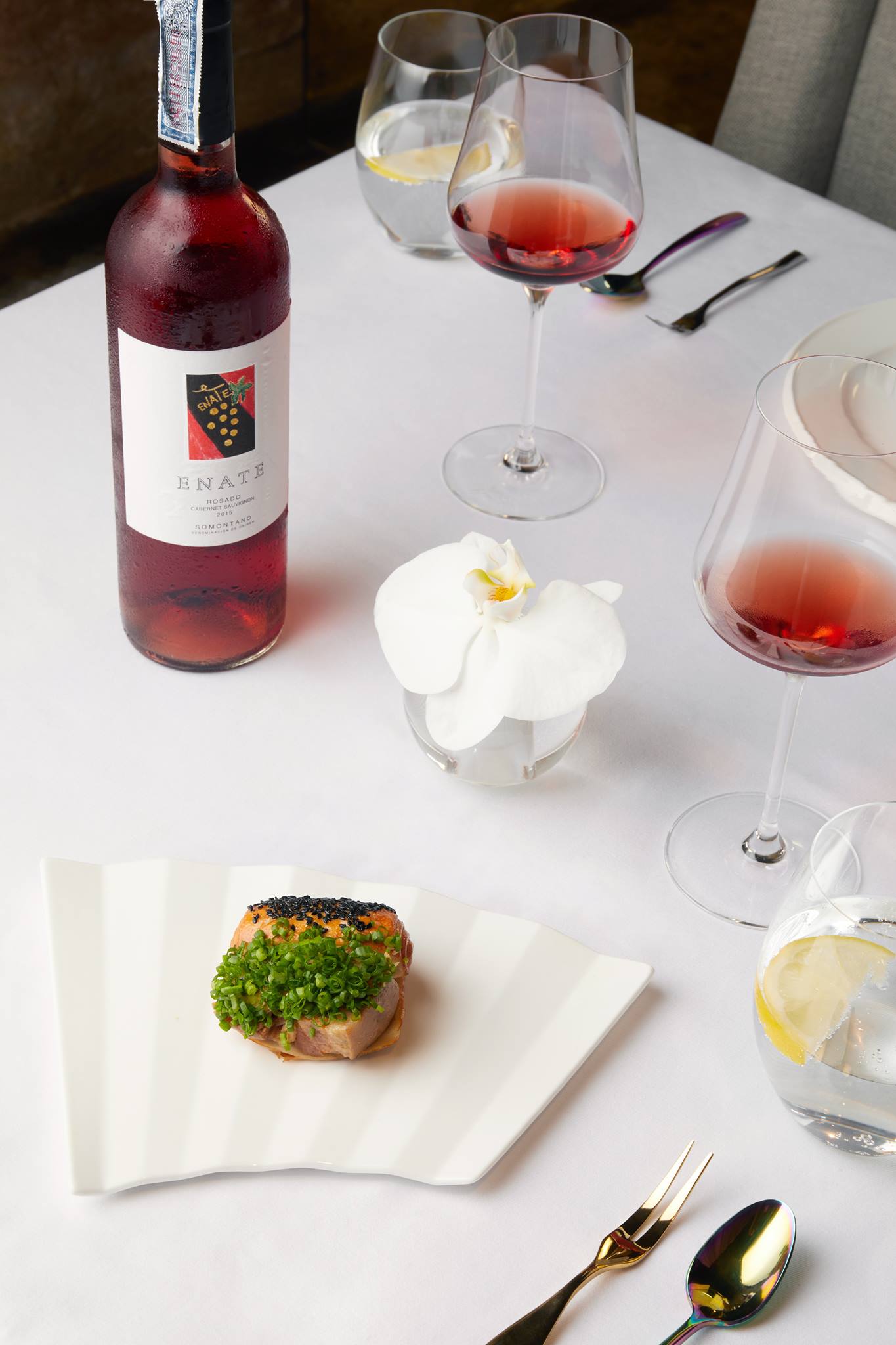 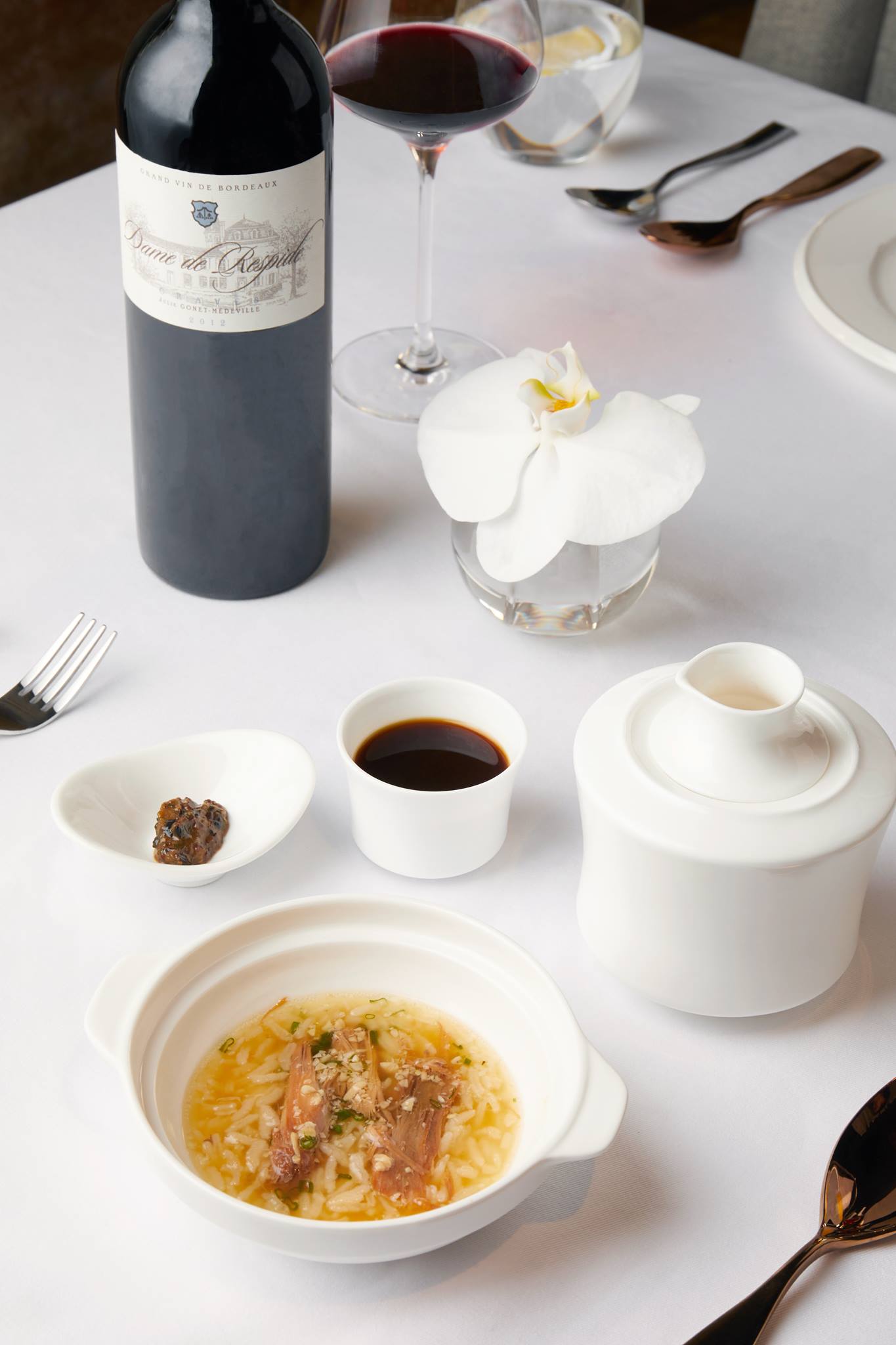 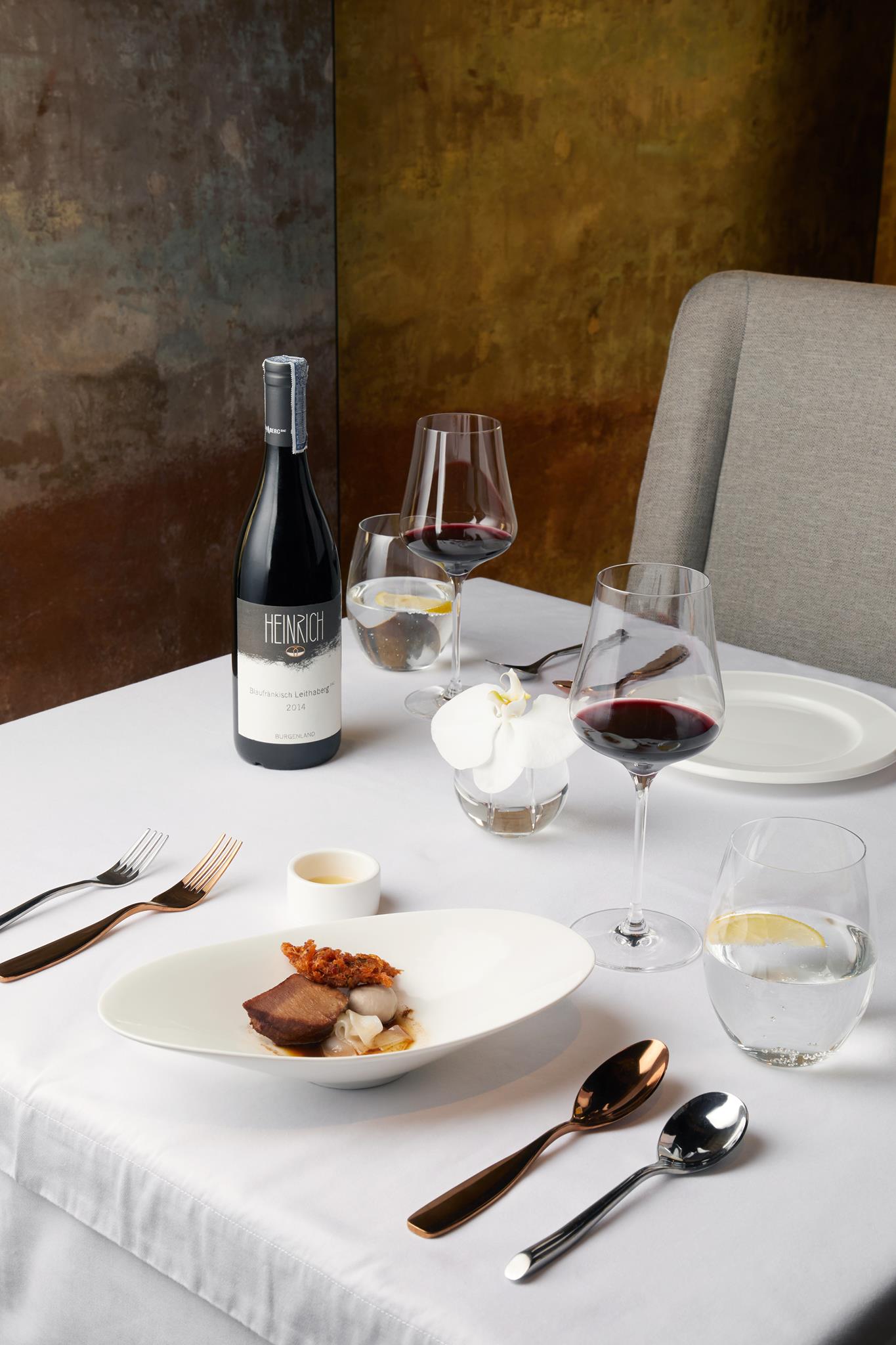 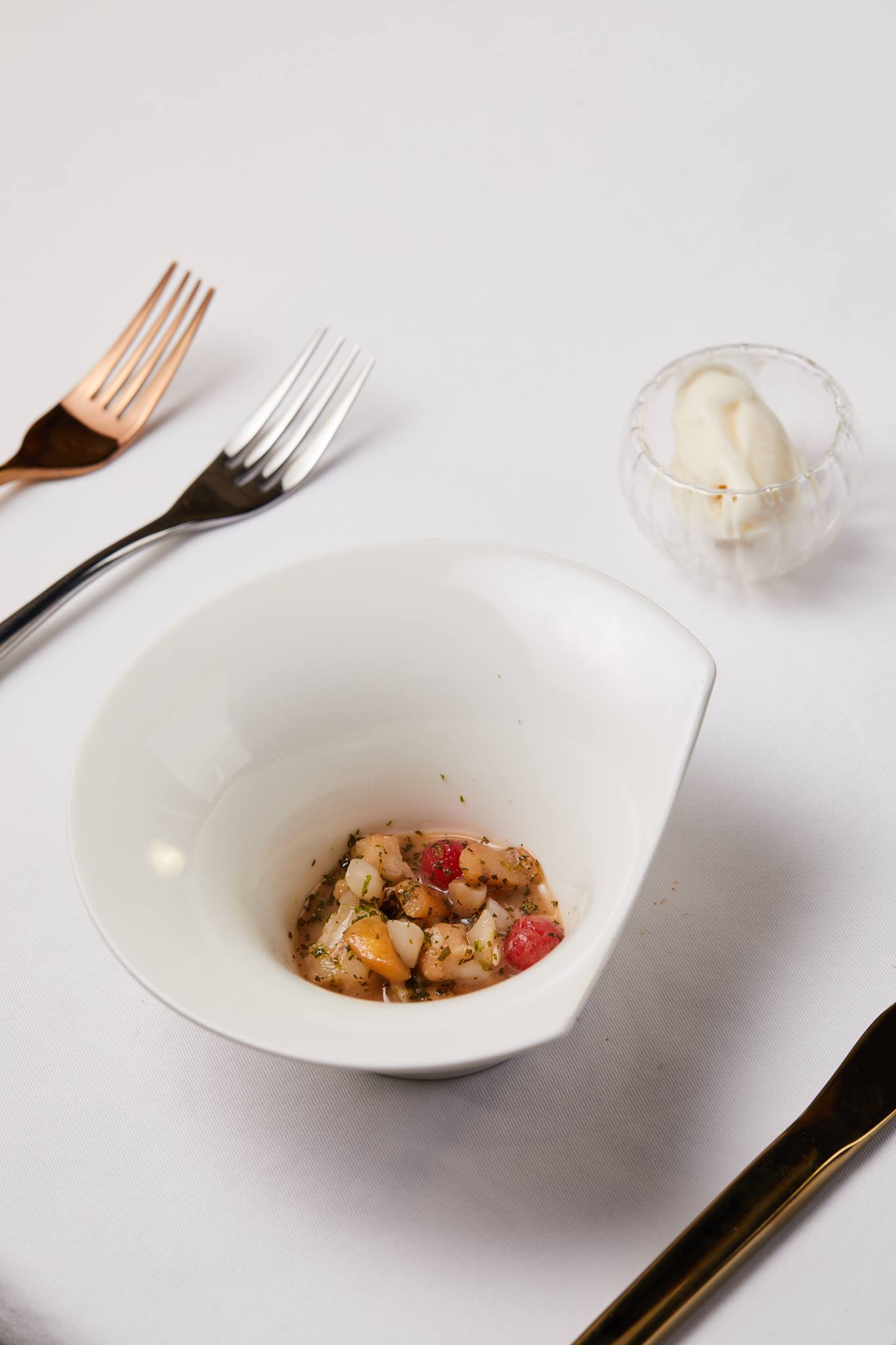 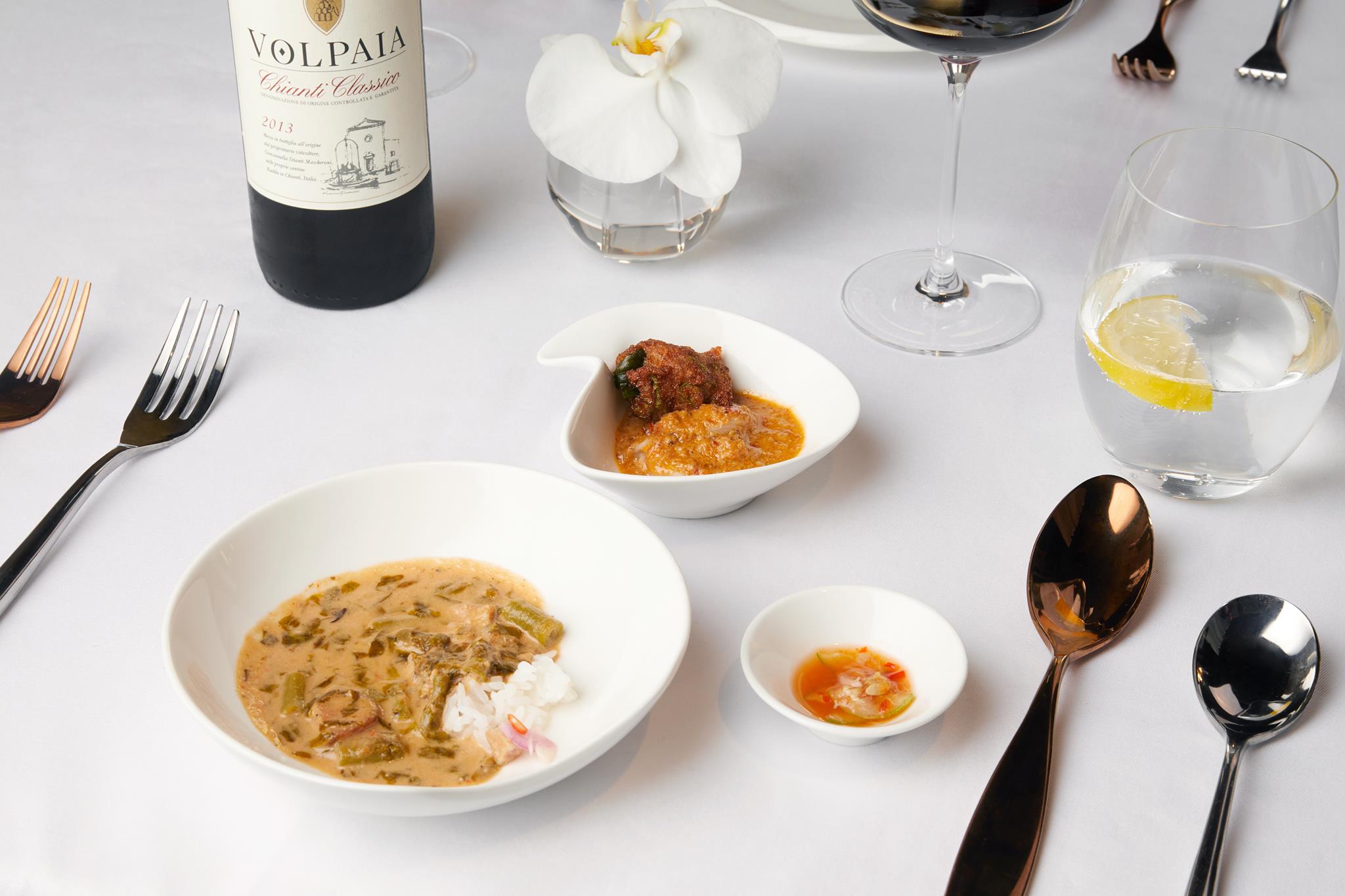 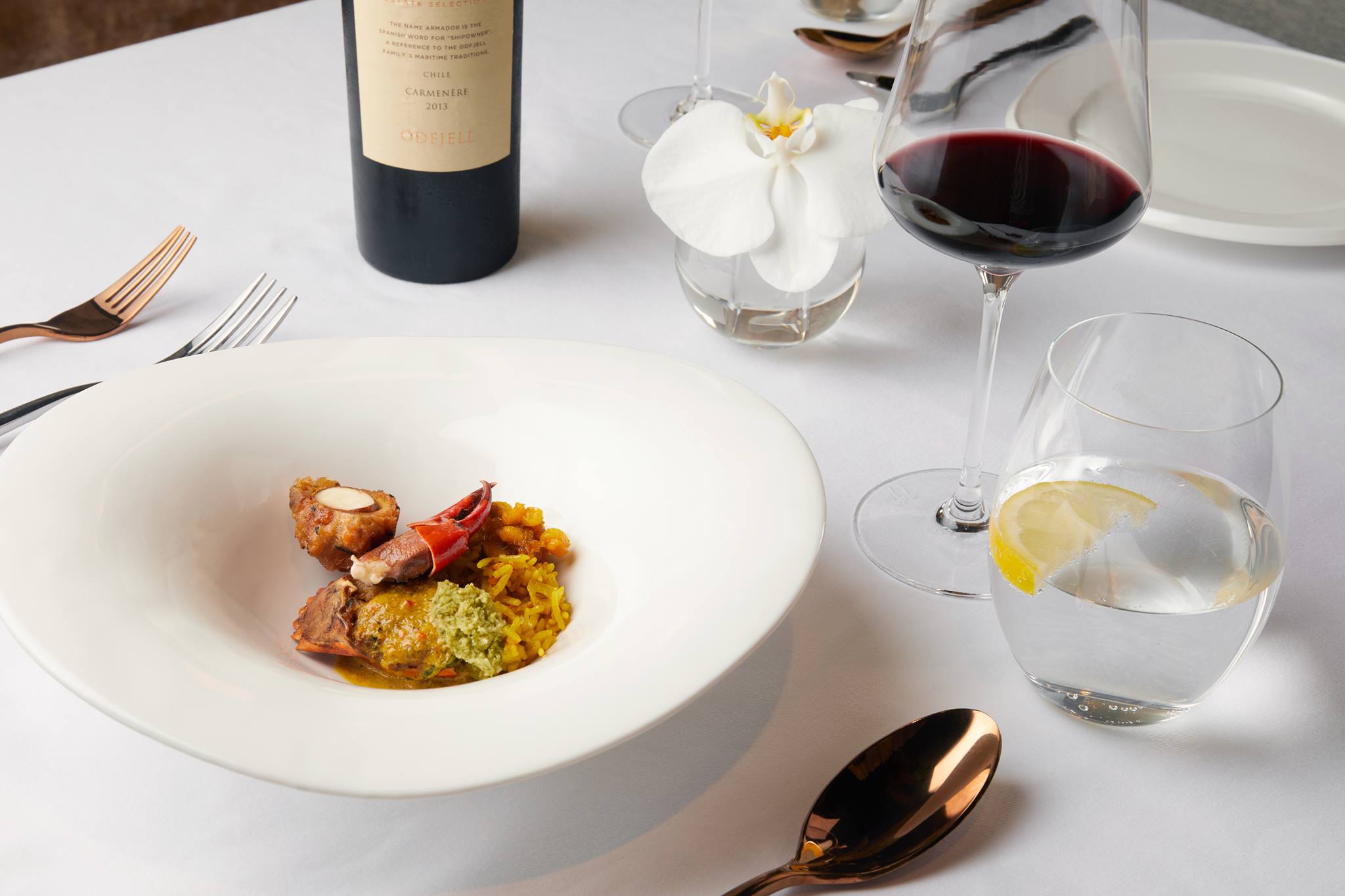 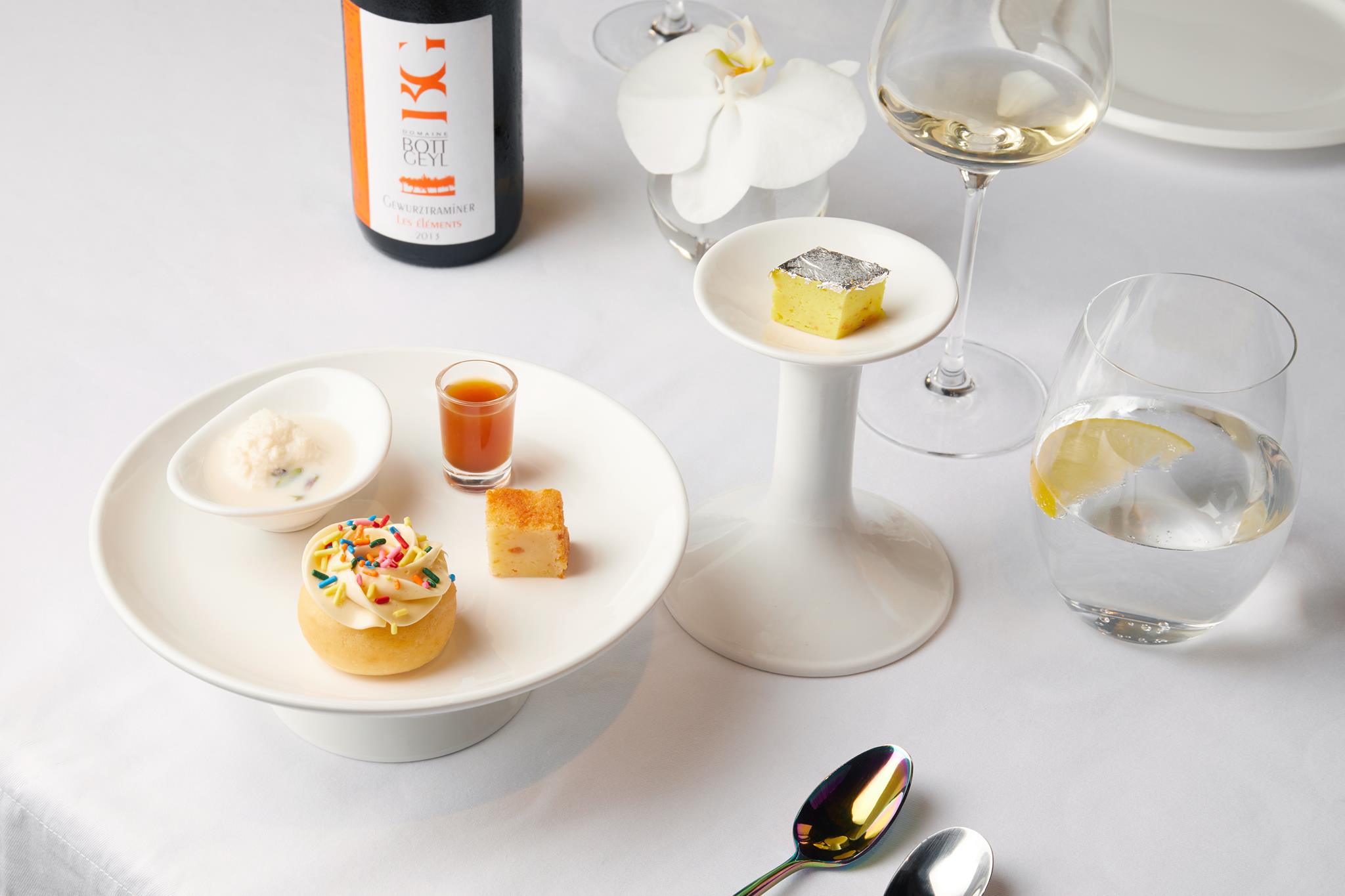 *****Karmakamet Conveyance at LHONG 1919 closed from February 1, 2019 and move to a new location on Sukhumvit soi 49. They expect to have an opening around mid-year. Please stay tune for the opening date.*****