In a stunning upset, Hertz, who won only a third of their regular-season games defeated top-seeded AWARE 5-3 in dramatic fashion to take the one-game winner-take-all Sport Corner SHL 2017-18 championship final.

The final game, held at The Rink, 7th floor, Grand Central Rama IX, on Saturday March 17th was a classic from start to finish. Hertz jumped out to a 4-0 first period lead on two goals by Mike Triacca and singles by Bill Bredesen and Andy Brine. Hertz stretched that to 5-0 lead on a goal by captain Justin St Denis in the second period, before AWARE mounted its comeback cutting the lead to 5-3 on two goals by Mangkorn Sukwiboon and a single by Corry Day.

Hertz’s goalkeeper Lance Parker stood on his head and was named the Sport Corner Playoff MVP. Lance, who had struggled early in the season, put on one of the most outstanding goaltending displays ever seen in Thai hockey, turning in the “clutch” performance of his life, stopping 44 of the 47 shots fired his way, while Hertz fired 18 shots at opposing AWARE keeper Patrick Leduc. 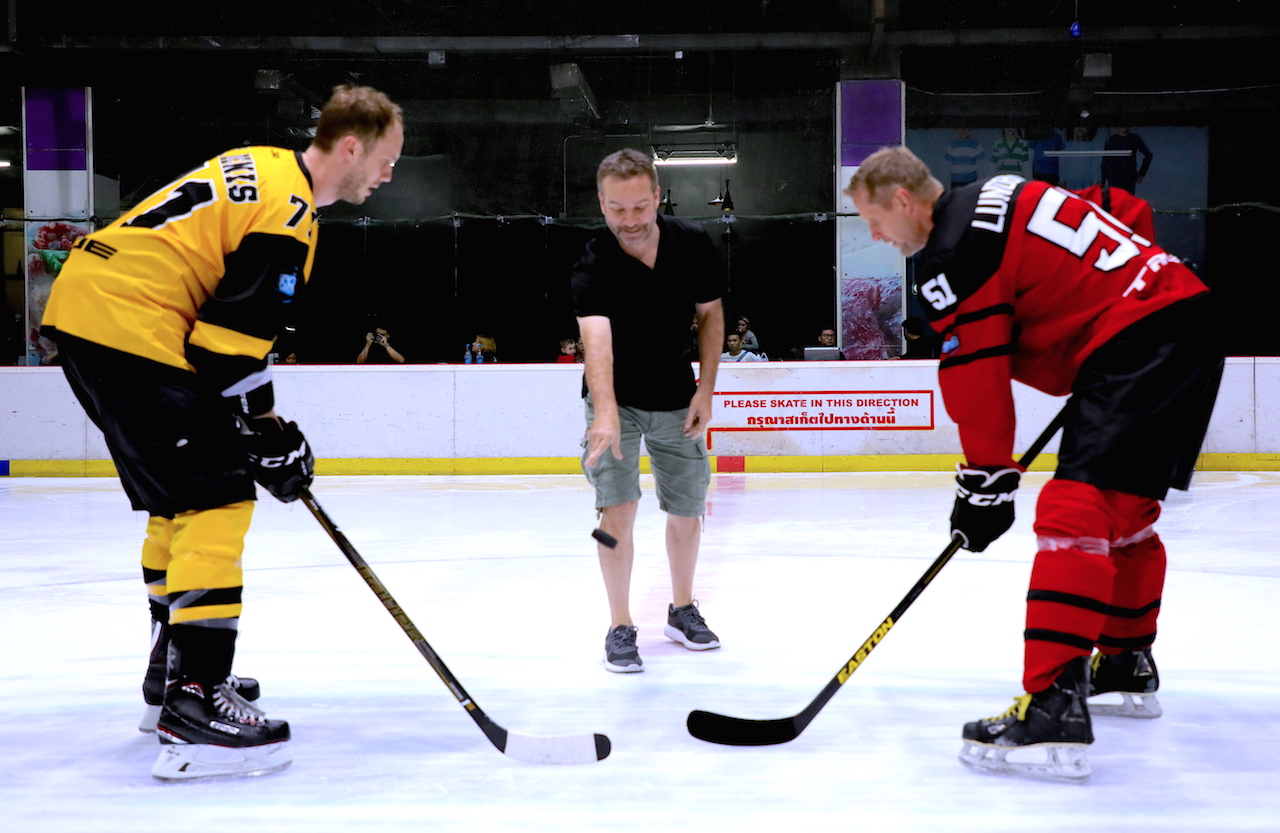 AWARE, who at one point during the season had an eleven-game winning streak, dominated most of their opponents, earning a 14-4 regular season record. Hertz, with a 6-12 regular-season record, snuck into third place on the final day of the regular season. Both teams swept their best of three semi-final series 2-0 with AWARE defeating Expedia (last year’s SHL champion) and Hertz beating the Sukhumvit Spitfires, who with a 11-6-1 record, winning almost twice as many regular-season games as Hertz did.

AWARE played and moved the puck well in the final game. But it just wasn’t meant to be; they hit a few posts and couldn’t finish like they usually do. But give this squad tremendous credit, led by captain Patrik Lundback they were virtually untouchable all year long. It will be a long summer for these players, many of whom had already added the SHL championship to their resume.

SHL individual point leader Andy Brine had a whale of a game for Hertz; not only did he manage to win the scoring and league championship, but drawing three penalties in the final game, he managed to get himself ejected. Not quite a Gordie Howe hat-trick, but close. 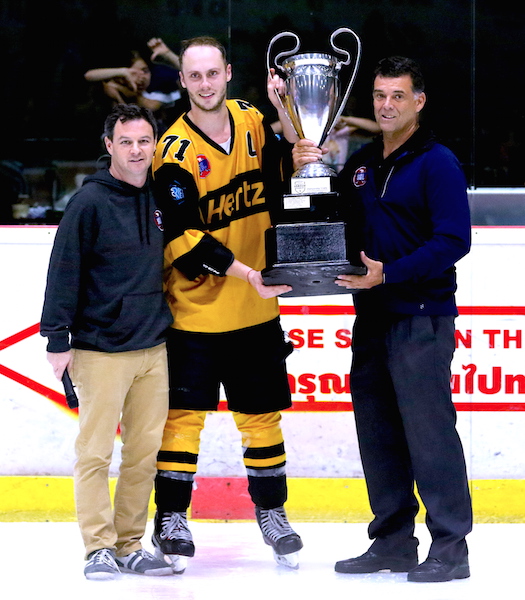 The stands were full, and even when the score was 5-0 the action was end-to-end with AWARE throwing everything but the kitchen sink at Parker, trying to sneak one past him. Sport Corner’s Steve Lavender was on hand to present the playoff MVP to Parker and SHL president John Schachnovsky handed out the SHL Championship trophy to Hertz’s captain Justin St. Denis. The referees, Jeremy Hutchins and Sakchai “Jeb” Chinanuvatana, did a great job of maintaining control.