Pattaya’s international fame as a premier tourism city is well deserved and can be evidenced by the several million Thai and foreign visitors it welcomes annually. It is a year-round destination that caters to all manner of traveller from singles to couples to families to tour groups. This it does with a vast array of activities, attractions and cultural experiences that appeal to visitors of all ages.

Try this simple quiz: name a medium-size, non-capital city located on a dazzling coastline that is blessed with wonderful weather, a huge array of luxury resorts and well-priced hotels, has restaurants, entertainment and nightlife to burn, more than 20 golf courses on its outskirts, attractions for people of all ages – and is within 100 kilometres of a major international airport.

Very few secondary cities meet all these criteria. But Pattaya in Chonburi province on the north-east coast of the Gulf of Thailand is easily the leading – and maybe only – contender in Asia.

Officially with a population of just 150,000 people, Pattaya (Patt-ay-a not Patt-tie-a) has all the hallmarks, appeal and attractions of a much larger metropolis.

Visitors from all around the world have been flocking to the once-sleepy seaside village for more than 50 years, turning it into a world-famous recreational hotspot just two hours’ drive from Bangkok and only 90 minutes from the Thai capital’s Suvarnabhumi international airport.

Soon, Pattaya will be even more accessible when U-Tapao airport, located between Pattaya and Rayong (further south), becomes a second international arrival and departure option as its flights expand from domestic Thai destinations to regional international markets.

Pattaya has so much going for it, the most difficult question is where to start? The city’s kilometre-long Walking Street, arguably the most famous street in Asia, is packed with thousands of visitors every night of the week. Here you’ll see the weird, wild and wonderful hallmarks of Pattaya’s famous nightlife – all in a fun, casual and non-intrusive, safe atmosphere.

Just about everyone who visits Pattaya goes to Walking Street during their stay. But there is, of course, much more. 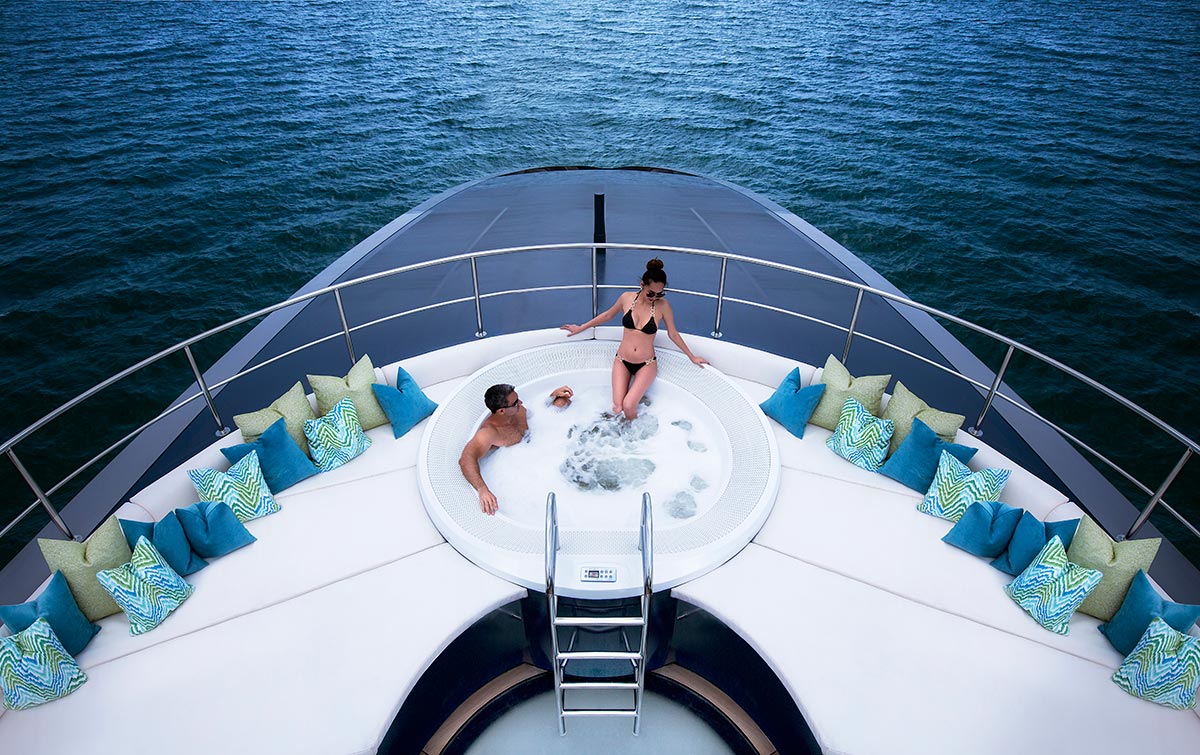 Pattaya is famous for a vast array of water sports – sailing, windsurfing, kayaking, paragliding, jet-skiing, power boating, diving and snorkeling. Most can be pursued adjacent to Pattaya’s main beach, or around its southern headland at delightful Jomtien.

On any given day, the view from the city towards the ocean reveals a plethora of paragliders, power and sailing boats and other craft enjoying the aquamarine waters of the Gulf of Thailand.

Pattaya’s two nearby islands, Ko Lan and Koh Phai, are a short distance from the coast and also provide an endless array of water activities, although there is no accommodation on Koh Phai.

Koh Larn, or Koh Lan as it is sometimes called,  (Coral Island) is the closest of the near islands, 7.5 kilometres from the coast and connected to the mainland by frequent ferry services. Its six white-sand beaches include Samae and Tawaen, both of which have nearby accommodation.

Just south of Pattaya, around a headland with a steep hill, Jomtien is a world away from its hectic neighbor. Here, on a 6km stretch of uncrowded sandy shore is a perfect place to relax and unwind, enjoy water sports and enjoy the excellent range of restaurants nearby. 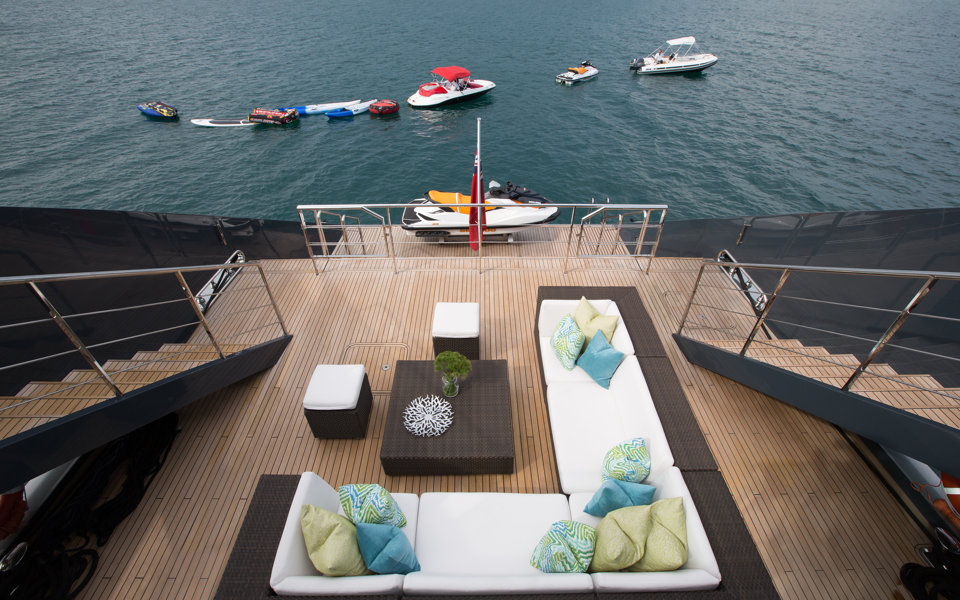 Dedicated to King Bhumibol Adulyadej in 1988 to commemorate the 42nd year of his reign, the wat offers an insight into Thai design and architectural traditions as well Thai society’s values. Wat Yansangwaram’s shrine stands on a hill, reached by a flight of 299 steps lined with naga snakes.

Nearby Anek Kusala Sala is a museum built as a measure of friendship between Thailand and China that contains a large collection of Chinese statues and artworks.

The first and only floating market in Pattaya, it provides an insight into traditional Thai life as well offering boat rides, visits to rice fields and traditional Thai houses, wicker crafting, and a kite museum. 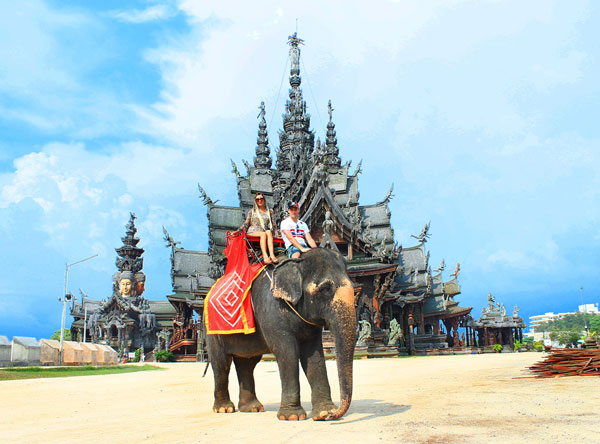 Described  as “the magnificence of heaven recreated on Earth”, this massive timber building is a study in Thai architectural styles. Every available space is intricately decorated with wooden carvings.

Built to pay homage to ancient religions and philosophies, it represents a deliberate contrast to modern behaviors and attitudes.

Operated as a not-for-profit company, the village is a sanctuary for elephants as well as offering an insight into the important role elephants played in Thailand’s development. Here visitors can see large herds of elephants in a natural setting, performing daily work in the jungle and there is even a war elephant in full regalia.

No visit to Pattaya is complete without including Tiffany’s world-famous transvestite cabaret Show in Pattaya, now in its 40th year. Originating as a one-man show performed for friends on New Year’ Eve in 1974, Tiffany’s has been voted voted number four in the in the top 10 best shows to see around the world.

The first interactive art museum in Thailand allows visitors to be a viewer and an art object themselves. The gallery displays more than 100 3D paintings in 10 different themed zones. Every painting looks so real you have to move closer to see if they are actually painted on the flat surface and each piece allows visitors to creatively pose for their best shots. 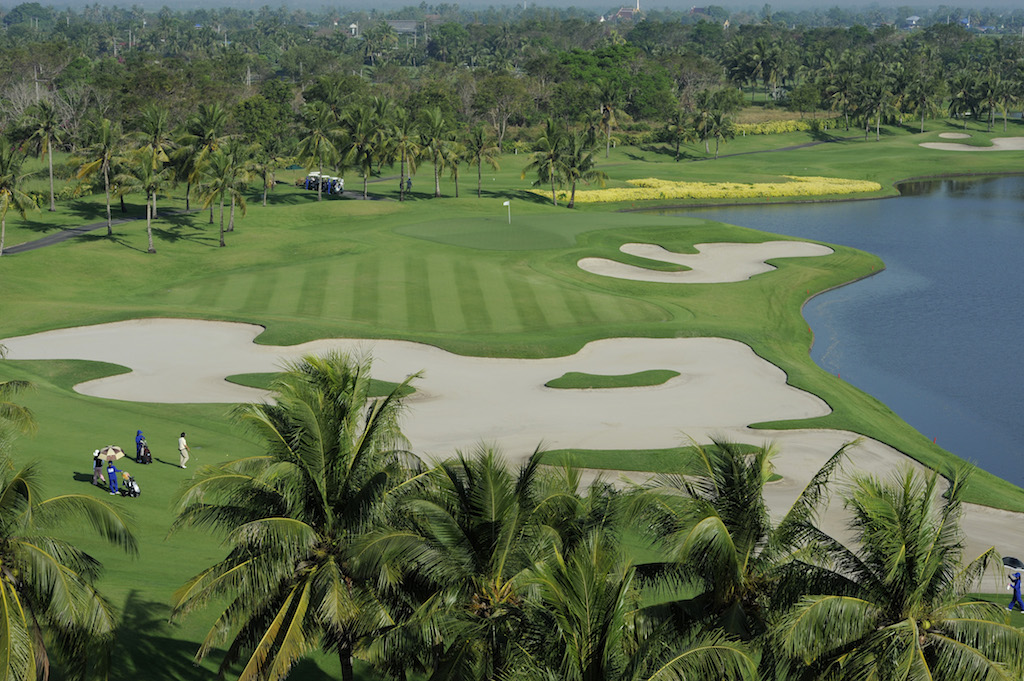 Read Golfing in The Kingdom

Pattaya is blessed with a wonderful range of more than 20 golf courses within 45 minutes’ drive of the city, from world-class championship layouts that host professional tournaments to modest inexpensive courses for amateurs and beginners.

With 63 holes in three different courses, Siam Country Club is the largest golf complex in Thailand and one of the country’s best. The first of its three courses, The Old Course, was established in 1971 and hosts the women’s LPGA Honda Classic each February. It was redesigned and revamped more than a decade ago, after which two other courses – Plantation and Waterside – opened in 2005 and 2013 respectively.

The quality of all three Siam CC courses, each with its own clubhouse, is exceptional. You won’t find a better golf experience the Pattaya region or, indeed, in the rest of the Kingdom.

Laem Chabang International Country Club, a 27-hole complex designed by Jack Nicklaus, is regarded as Pattaya’s second best course. Not far from Siam CC and within 30 minutes’ drive of downtown Pattaya, its separate Valley, Lake and Mountain nine-hole layouts offer variety, quality and enjoyment for players of all standards.

Among other excellent layouts in the Pattaya region are St Andrews 2000, Phoenix Gold, Burapha, Pattaya Country Club and Pattana.

The cost of playing golf near Pattaya is lower than in many other parts of Thailand, which makes it a popular destination for visiting Thai and international groups. 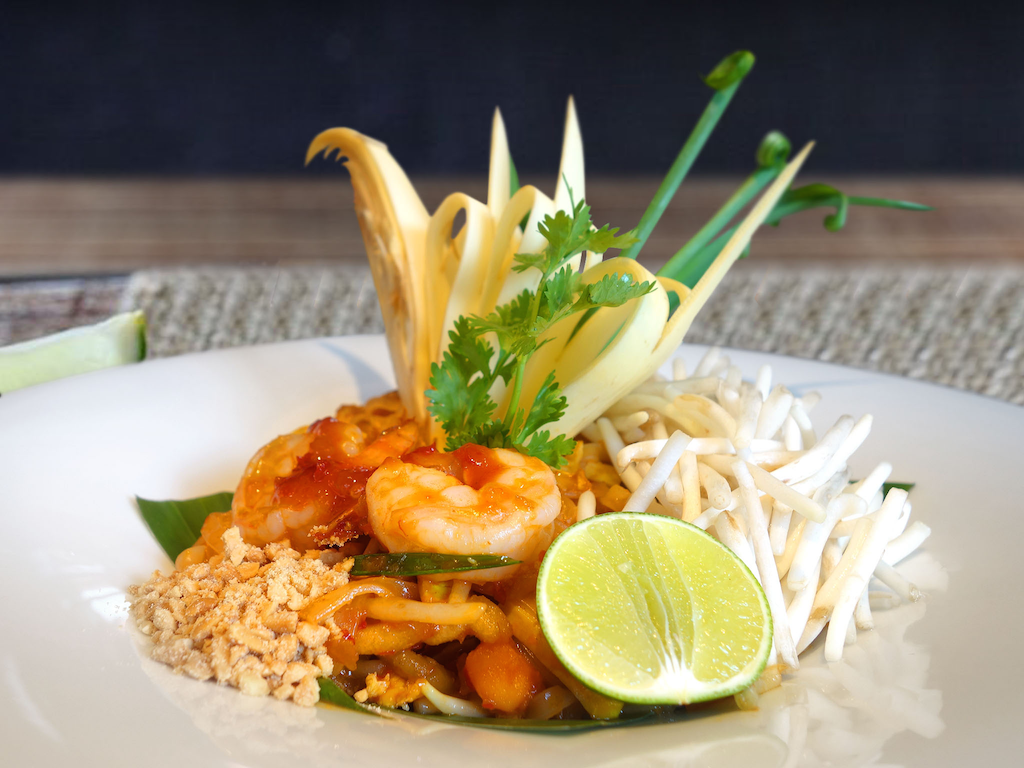 You are never hard pressed to find an exceptional dining experience in and around Pattaya. The city and surrounds offer an almost-inexhaustible range of fare from local seafood to traditional Thai, as well as Indian, Italian, French, Dutch, Indonesian and everything else imaginable.

Café des Amis is a high-end French restaurant with live jazz in South Pattaya. Casa Pascal and Cabbages and Condoms are two other popular eateries in this area. In North Pattaya, Mantra at the Amari Ocean hotel serves cuisine from all around the world and has a second-to-none buffet, while Radius at the Cape Dara Resort offers unique views across Pattaya Bay and serves Asian and European cuisine.

Where To Stay: Hotels

Hotel Baraquda Pattaya – MGallery by Sofitel, just a street back from the beach, is a new boutique hotel with a bold, angular contemporary design and modern retro interior. Its white exterior and vast glass windows resemble a super yacht, poised and ready to set sail.

At night, from the exterior, the hotel’s Deep Bar’s enormous window juts out dynamically from the facade. Lit up with magical blue light, it suggests an aquarium full of exotic sea creatures.

One of Pattaya’s newest and best -located hotels, the Hilton Pattaya, is opposite the beach and within walking distance of all major downtown attractions. With two bars and three restaurants, an infinity pool in a landscaped setting on the 16th floor, it offers indulgence, luxury and style in a sumptuous setting with unparalleled views over Pattaya Bay.

Centara Grand Modus Resort is set on the seafront at Wong Amat beach near the popular Sanctuary of Truth in northern Pattaya. The new resort is designed for couples and families and includes rooms with direct pool access. The interior design is a blend of industrial chic with traditional and antique touches, creating an appealing and unique atmosphere for guests.

Set right on the beach bdetween Jomtien and Bang Saray, south of Pattaya city, U Pattaya is a five-star boutique resort with 19 villas and 25 rooms. The décor is fisherman’s village style, using rustic wood and bamboo. The away-from-it-all mood especially perfect for couples seeking indulgent luxury within easy reach of Pattaya’s many atttractions.

With Pattaya’s knack for adding new activities and attractions, and reinventing or modernising existing ones, the destination is a fine example of the concept behind the Tourism Authority of Thailand’s (TAT) latest communication concept of ‘Open to the New Shades’. The concept encourages tourists to explore the many different facets of Thailand; such as, gastronomic tourism, arts and crafts, culture and unique ways of life, by discovering new attractions for the first time and rediscovering existing attractions from a new perspective.

The annual calendar of events in Pattaya includes some of the kingdom’s most popular festivals and gatherings. Newer events include the Pattaya International Fireworks Festival in late November that lights up Pattaya Bay in a dazzling pyrotechnic spectacle. Enthusiastic crowds also gather each year for December’s Music Festival that combines Thai culture with Western dance music.

Offering a more cultural scene is the annual Pattaya Vegetarian Festival in October during which people abstain from consuming meat and a grand procession carrying statues of Chinese deities makes its way around town. Then there is April’s Wan Lai festival or traditional Thai New Year (Songkran) that is celebrated in Pattaya a week later than the rest of the country, but is just as packed full of merit-making activities, processions and water splashing fun!

For sports fans, the Pattaya Marathon held on city streets in July attracts hundreds of Thai and international runners while the Pattaya Trail Half Marathon in June sees participants navigate a more scenic route along forested hills. In February the world’s top women golfers gather in Pattaya for the high-profile Honda LPGA Thailand tournament.

As a seaside resort, Pattaya naturally offers the sun-sand-and-water lover a choice of beaches, yet beyond this there is also so very, very much more. The destination boasts a multitude of attractions that include the historical, the modern, the cultural and the entertainment-based.