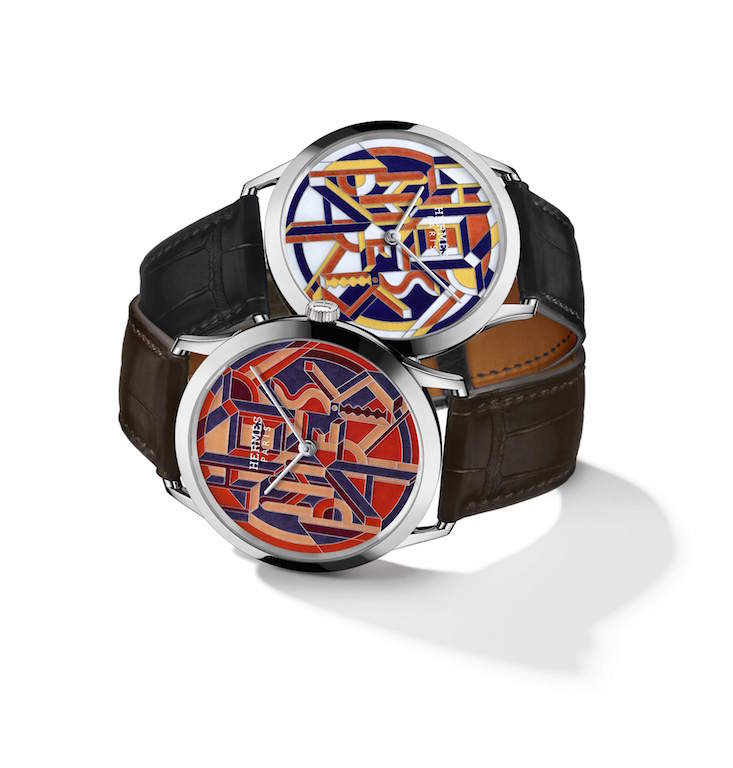 Originally designed for a silk scarf, the “Perspective cavalière” motif is expressed on a gold plate. The artisan reproduces it in metal by forming small cells of various depths through careful workmanship with a tool known as a graver. Then comes the enamelling. The artisan uses to brush to delicately apply the molten glass powder in the cavities, before – much like a painter – giving life to the colours by successively firing them at temperatures of more than 800°C, thereby gradually revealing all the many nuances and depth effects. After each delicate firing operation, the enameller sands down the piece with an ever-finer grain in order to give the model the radiance it deserves. 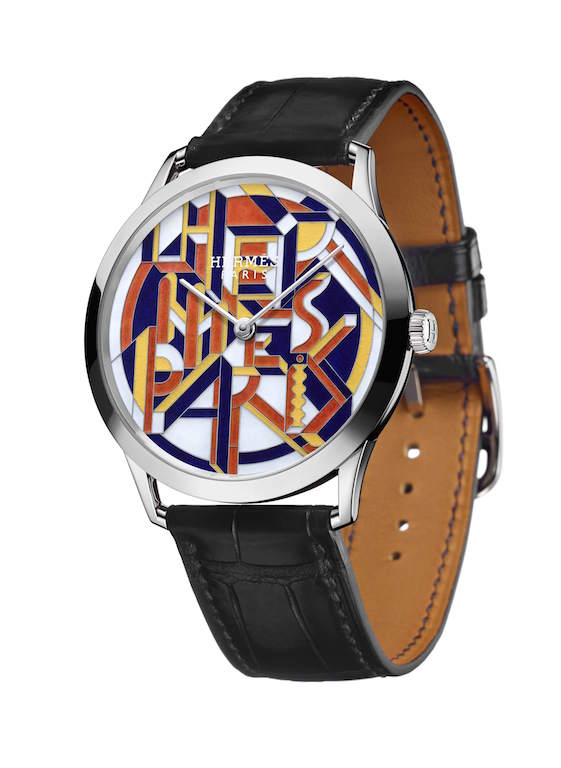 Hermès offers an artistic interpretation of the fundamentals of this “cavalier perspective”. In the absence of any vanishing point, the raised letters forming the words “Hermès Paris” on the dial are reproduced in two dimensions. This set of blue, red, yellow or white parallel lines is issued in a six-piece limited edition, with each of these exceptional creations housed in a 750 white gold case and dr iven by an ultra-thin Manufacture Hermès H1950 movement.