Bangkok’s a city that’s known to attract the rich and famous. There’s a lot to love about this mega-metropolis, not to mention its vibrant food and culture. No wonder international celebrities drop by all the time for filming, playing shows or hanging out, often as a cheeky pit stop on the way to vacation on the islands. Superstars never like to get bombarded, but some are known for being awfully warm and welcome to chatting with locals (my friends’ Instagram accounts, with giddy shots of Steven Tyler and the One Direction boys, definitely proves this). So if you’re the type that’s always on the lookout for an autograph, here are a few spots in Bangkok to try to see celebs: 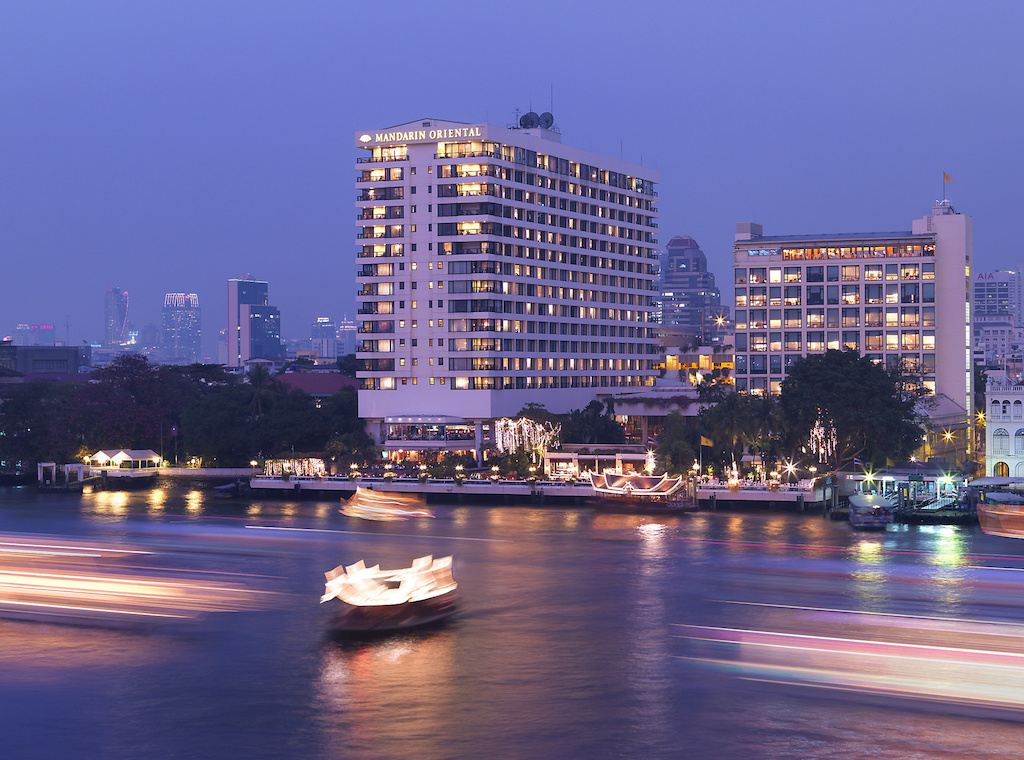 Mandarin Oriental is one of city’s best-known luxury hotels, and as such a prime location for celebrity sightings in the city. John Cusack and Bill Clinton have both stayed here, taking in the Mandarin’s five-star hospitality and its stunning views of the Chao Phraya. There are nine different venues to choose from here, for either sipping on cocktails or enjoying a candlelit dinner. The most special – and probably the best for being in the midst of a celebrity crowd – is the riverside terrace and verandah. 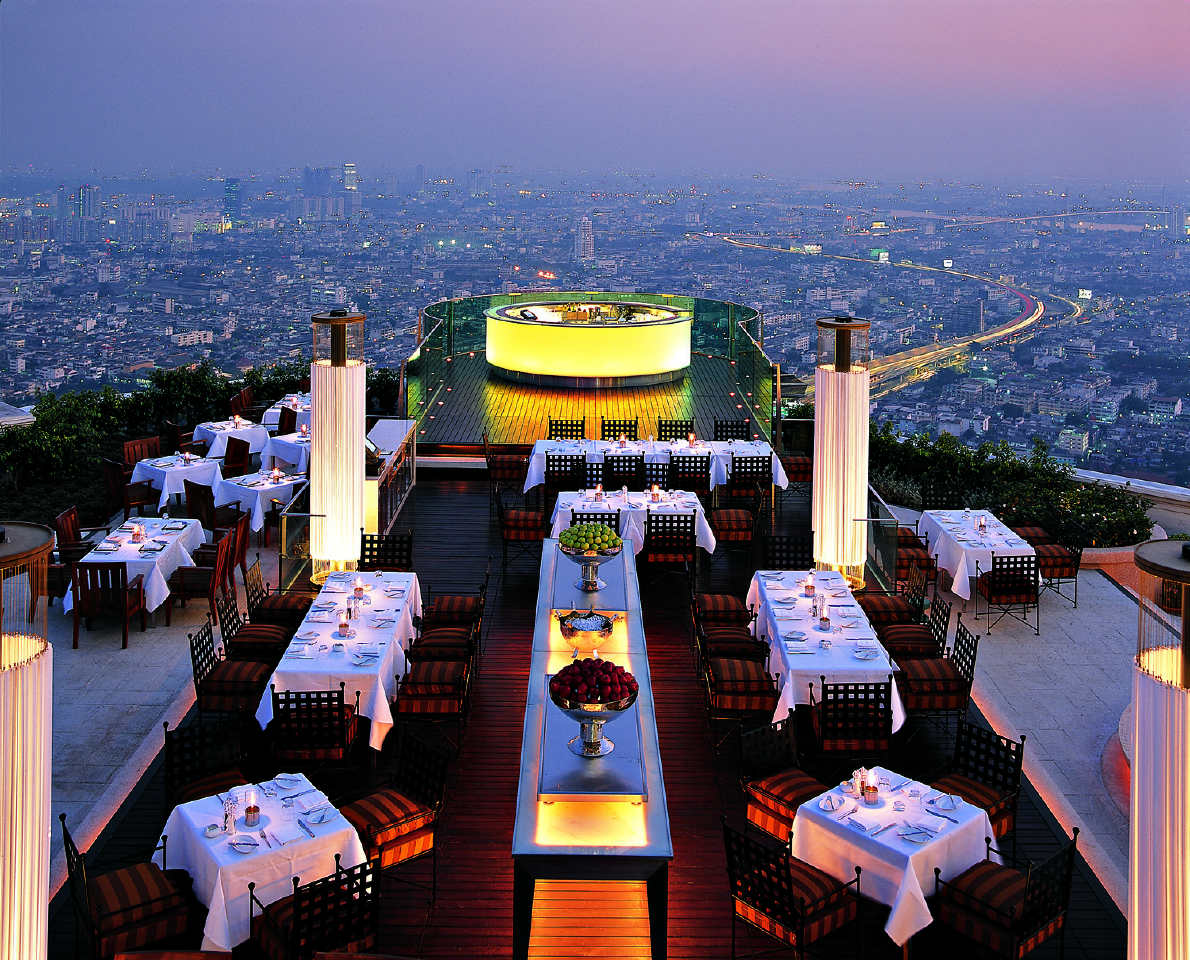 You’re likely to recognize Bangkok’s premiere rooftop bar in Lebua Tower – after all, it was the location of a pivotal moment in Hangover 2. It really does offer the most breathtaking view of Bangkok’s skyline, in a totally elegant and opulent setting to boot. During filming, the cast (yes, Bradley Cooper and Zak Galifinakis) was also known for hanging out there on their downtime, sipping on artisanal cocktails and sampling the Chef’s Menu. 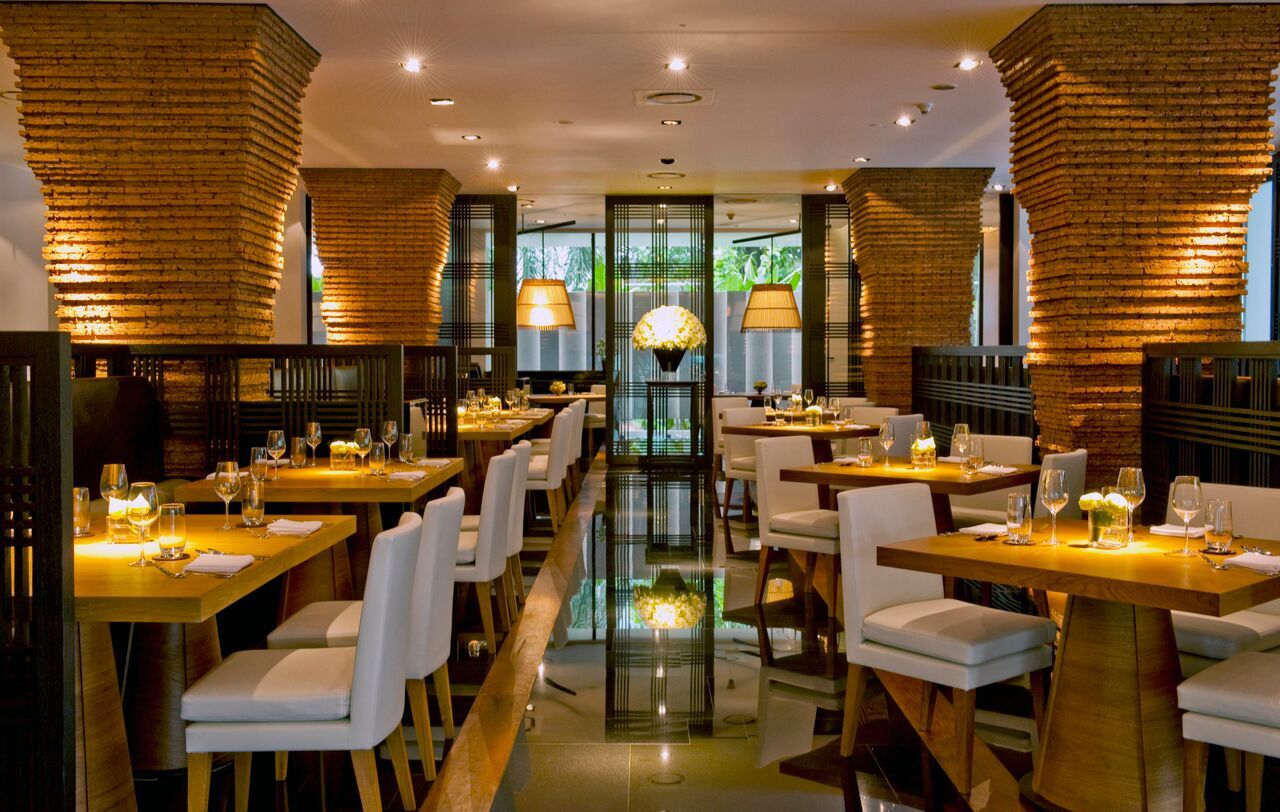 Time and again, Nahm is featured on lists of the world’s best restaurants, and it’s easy to see why. Chef David Thompson is a celebrity in his own right, a master of the traditional Thai cuisine well known in the media for his restaurants and cookbooks. The original Nahm in London was the first Thai restaurant to ever be awarded a Michelin star, and the experience in Bangkok’s venue at the Metropolitan Hotel is indeed more genuine and authentic. Even for a quick trip to Thailand, Nahm is often called the one restaurant you can’t miss (and booking a reservation is an absolute must!).

Ryan Gosling spent a couple months in Bangkok shooting Nicolas Winding Refn’s underworld classic Only God Forgives, and stayed at this five-star hotel downtown. St. Regis is truly the definition of swank, with every room decked out in modern furnishings and amenities, with personal butlers at guest’s beck and call. Its signature restaurants Viu and Jojo make for a relaxed yet high-class evening out, while the St. Regis Bar is a prime spot for celebrity sightings by night. 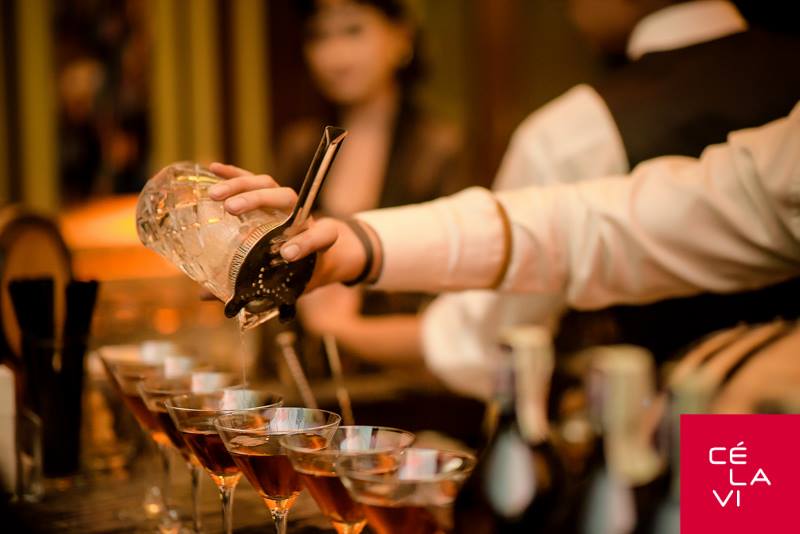 If you’re into meeting world-class DJs, CÉ LA VI is the right place to do it. Located on the 39th floor of Sathorn Square regularly welcomes big electronic acts to the decks, like James Zabiela, Stanton Warriors and Milk & Sugar. The lounge-night club features life behind the velvet ropes of VIP with bottle service and lots of good-looking people. 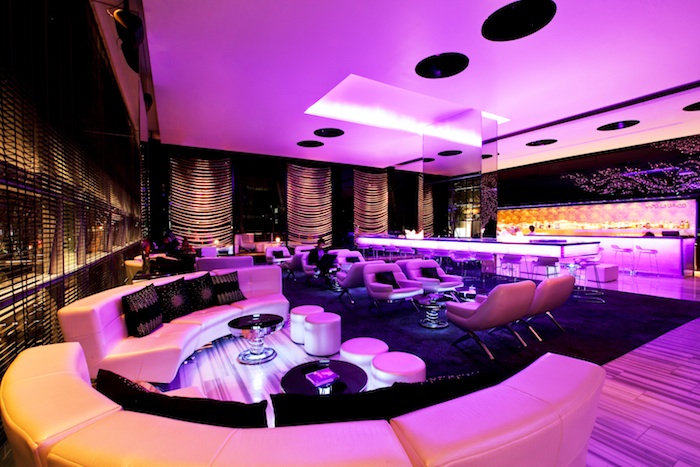 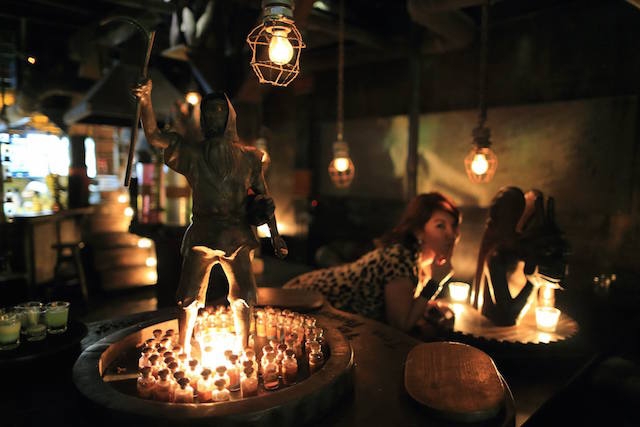 A lot of Thai and Hollywood celebrities are known to hang out on Thong Lor, Bangkok’s most hip and trendy district. Thailand’s first community mall, J Avenue, is at the centre of the action, with haunts like Greyhound (yes, from the clothing label of the same name), its dessert café Sweethound and After You. Au Bon Pain, right on the corner, is a beloved spot for expats and tourists to effortless grab a coffee and get some laptop work done. There are plenty more cool upscale bars and restaurants within walking distance from J Avenue too, like Iron Fairies, HOBS and Clouds.]

This basement bar and noodle shop transports guests to the underground old world of 1930’s Shanghai. With live jazz music and ladies dressed up as Chinese cabaret girls (bob wigs, decorated fans and all) sitting on swings and bar tops, it’s a truly unique experience for Bangkok visitors – especially those who have money to blow on spending time in the secret private rooms, stowed away by the manager’s lock and key. It was just featured in a Vice mini-documentary about Bangkok’s rich and powerful. 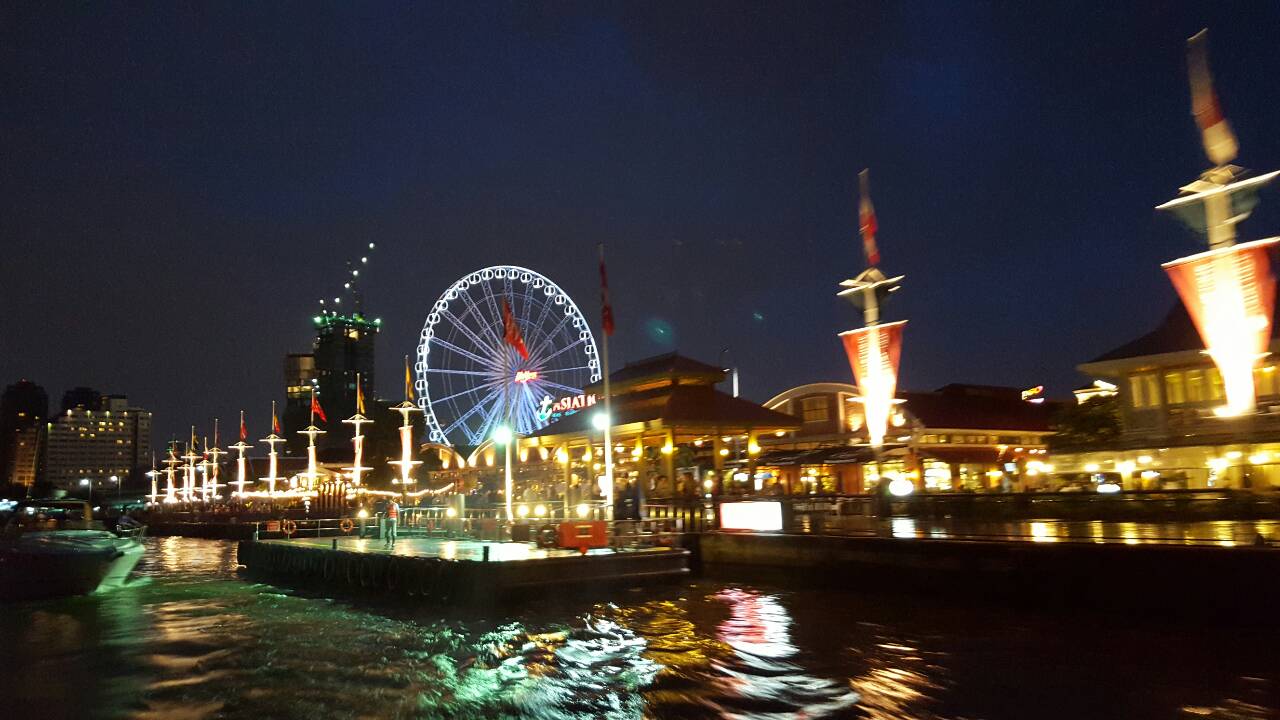 This massive open-air night market offers all the best Bangkok has to offer in one convenient (albeit not compact) location. There is loads of boutique shopping, Thai and international cuisine, local cultural shows and even carnival rides, all set along the riverside. Asiatique’s historical theme is a great opportunity to learn about Bangkok’s development as well (and a lot more exciting than a museum), with an old World War II bomb shelter and a century-old sawmill on site. It’s a one-stop shop for experiencing essence of Thailand’s capital, especially for celebrities who are only coming through on a tight schedule. 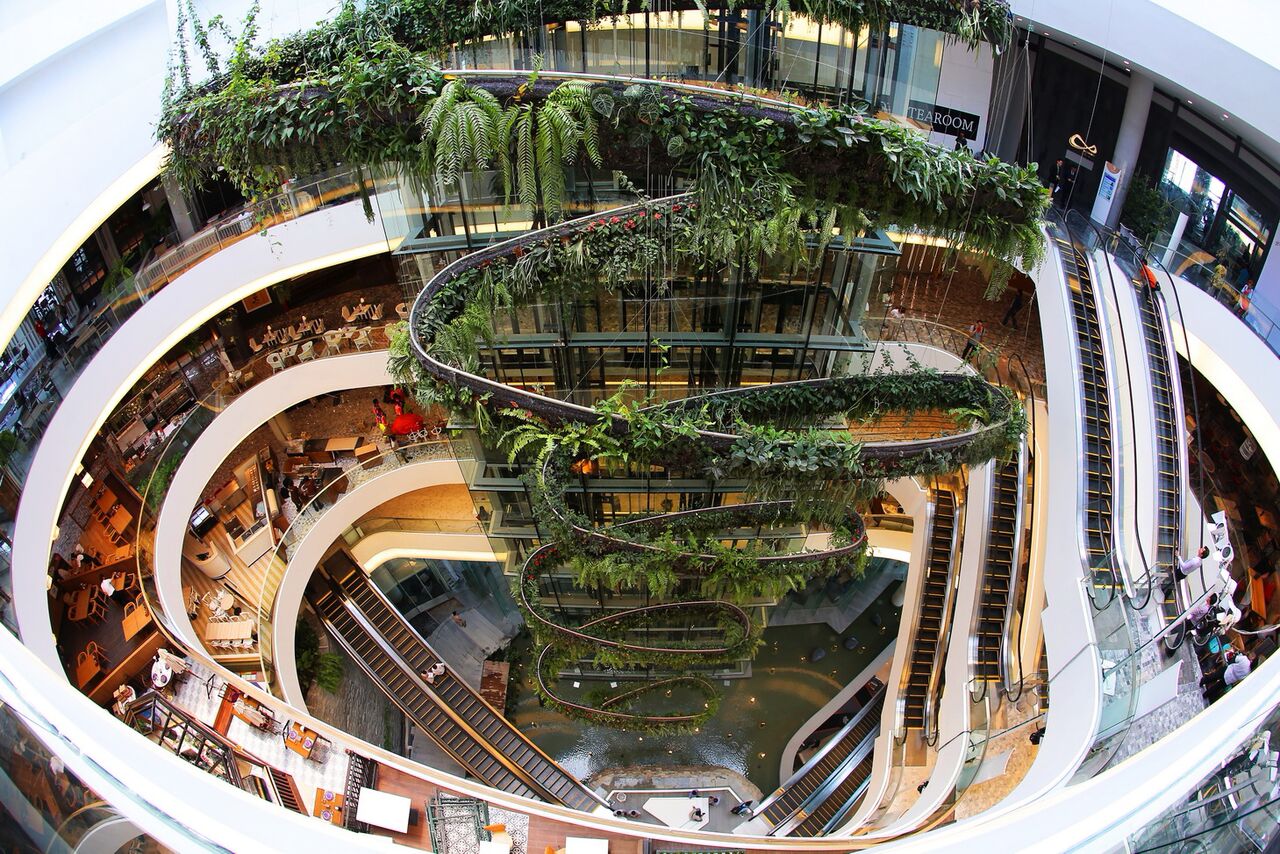 Bangkok’s newest and glitziest shopping mall, EmQuartier, offers some of the city’s most unique high-end shopping like Japanese labels Mugendai, Beams and A Bathing Ape. The dining is equally top notch, from the luxury macaroon boutique Pierre Herme, Danish-style bakery Little Mermaid and Mexican eatery La Monita. Take a walk around, and you never know who you’ll see!