For a long time you could say Thailand was Asia’s best-kept foodie secret. Lightning fast street vendors and shophouse restaurants, selling the same star dishes over multiple generations, comprised a culinary landscape of modest gems. It was fabulous, but not at all well balanced. Only a decade ago, Bangkok was privy to just a handful of high-end restaurants with no indication of the scene getting more refined and flexing its creative muscles any time soon.

But these days, the Thai capital’s palate of virtues is no longer much of a secret. Now the spectrum of choice is broader than ever, especially on the gourmet side. The City of Angels has catapulted to becoming a fine dining heavyweight in a remarkably short matter of years. Restaurateurs raced to feed a clientele hungry for curated experiences, from Thais seeking out new modern concepts and international cuisines, to foreigners with a hankering for traditional Thai sharing plates in more dolled-up surroundings, and the same quality of ingredients they were used to back home. 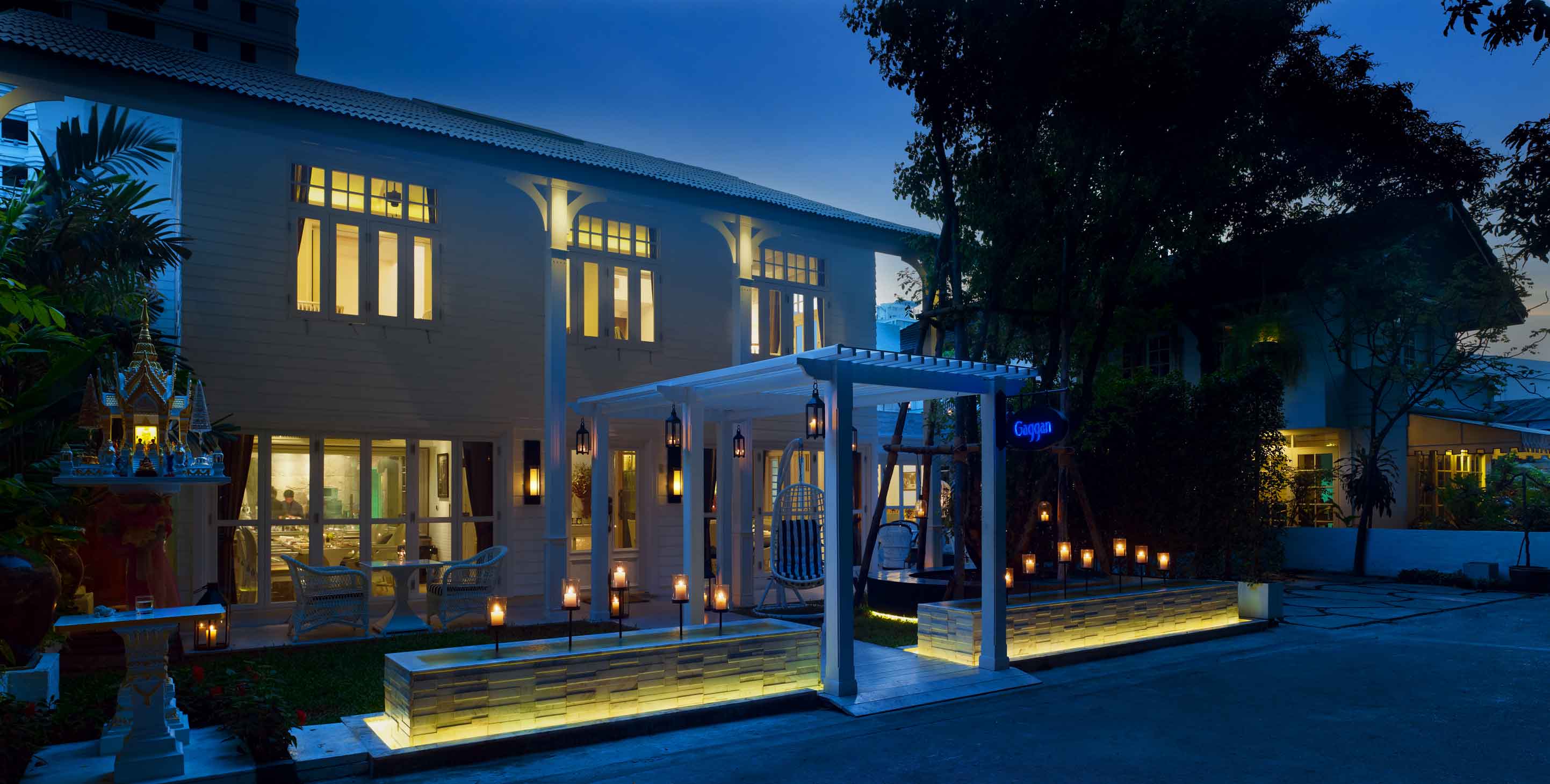 A proliferation of hearty competition among an influx of Western chefs and passionate Thai ones has pushed Bangkok to the top of Asia’s 50 Best Restaurants list, with more winners than any other city on the regional spin-off of San Pellegrino’s coveted global culinary award. And now, to cement the culinary prestige, the country is also about to become the proud recipient of its  Michelin Guide.

What Thailand has accomplished so quickly is no small feat considering the five other Asian destinations with a Red Guide: Seoul, Japan, Hong Kong, Macau and Singapore, which all boast gourmet scenes that are a lot bigger, not to mention established over a much longer period of time. But Thailand is ready and its position as the fresh blood of the group is more than deserved. Bangkok’s fine dining scene capitalizes on what it has always done best — first-class hospitality, ethnic spices, fresh regional flavours and a local cuisine that is both humble and complex — in its consideration as a world-class contender. Unique locations from refurbished shophouses and colonial homes to high-altitude dining on top of gleaming architectural wonders and rooftop terraces, keep the city fuelled with endless space for new concepts, ensuring that the fine dining scene will only continue to thrive. 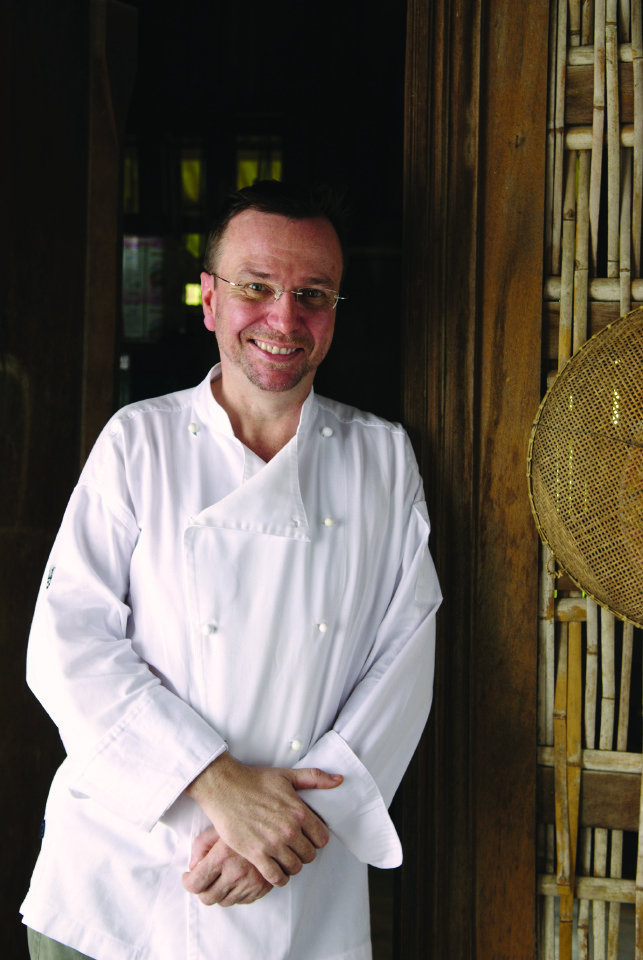 Thai chefs are blasting back to the past, turning the pages of history to discover the ancient royal and centuries-old indigenous roots of Thai cuisine. Australian chef David Thompson, who owns Nahm at the Metropolitan Bangkok hotel, gets his recipes from a heavy anthology of Thai recipe books he’s been collecting for 25 years. His claim to fame is also various cookbooks reinventing such recipes and Nahm in London, which is now closed but was the first Thai restaurant to ever receive a Michelin star. Following a similar philosophy is Paste Bangkok, which takes influences from the early 19th century, a period when royal Thai cuisine was at its peak and preparations were considered artistic. 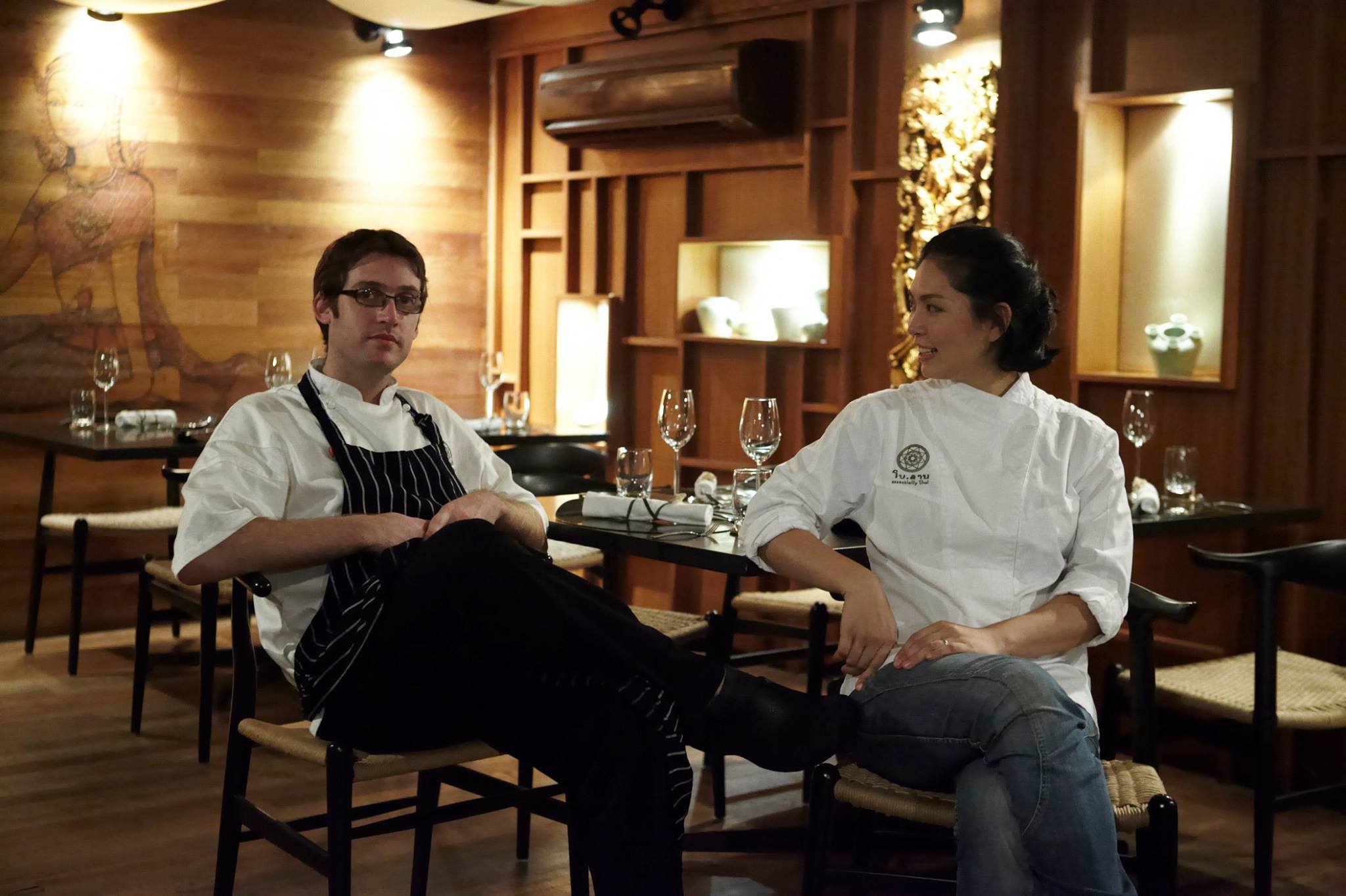 Thai food, with its intricate approach to spicy, salty, bitter and sweet, provides a framework in which a vibrant essences and aromas can be experimented with. Thompson’s protégés Dylan Jones and Bo Songvisava started their own trendy restaurant Bo.Lan, which serves traditional Thai cuisine in an upcycled wooden interior with the bold touches you’d expect from a contemporary restaurant — most considerably, the commitment to a zero-waste policy, growing vegetables and recycling organic waste on site. At 80/20, the majority (80 percent) of dishes uses local ingredients with a window (20 percent) for undaunted ingenuity as the name suggests. What results are wildly unique Thai dishes, from tea-smoked duck breast to dark and white chocolate mousses with jasmine tea and chili ice cream. 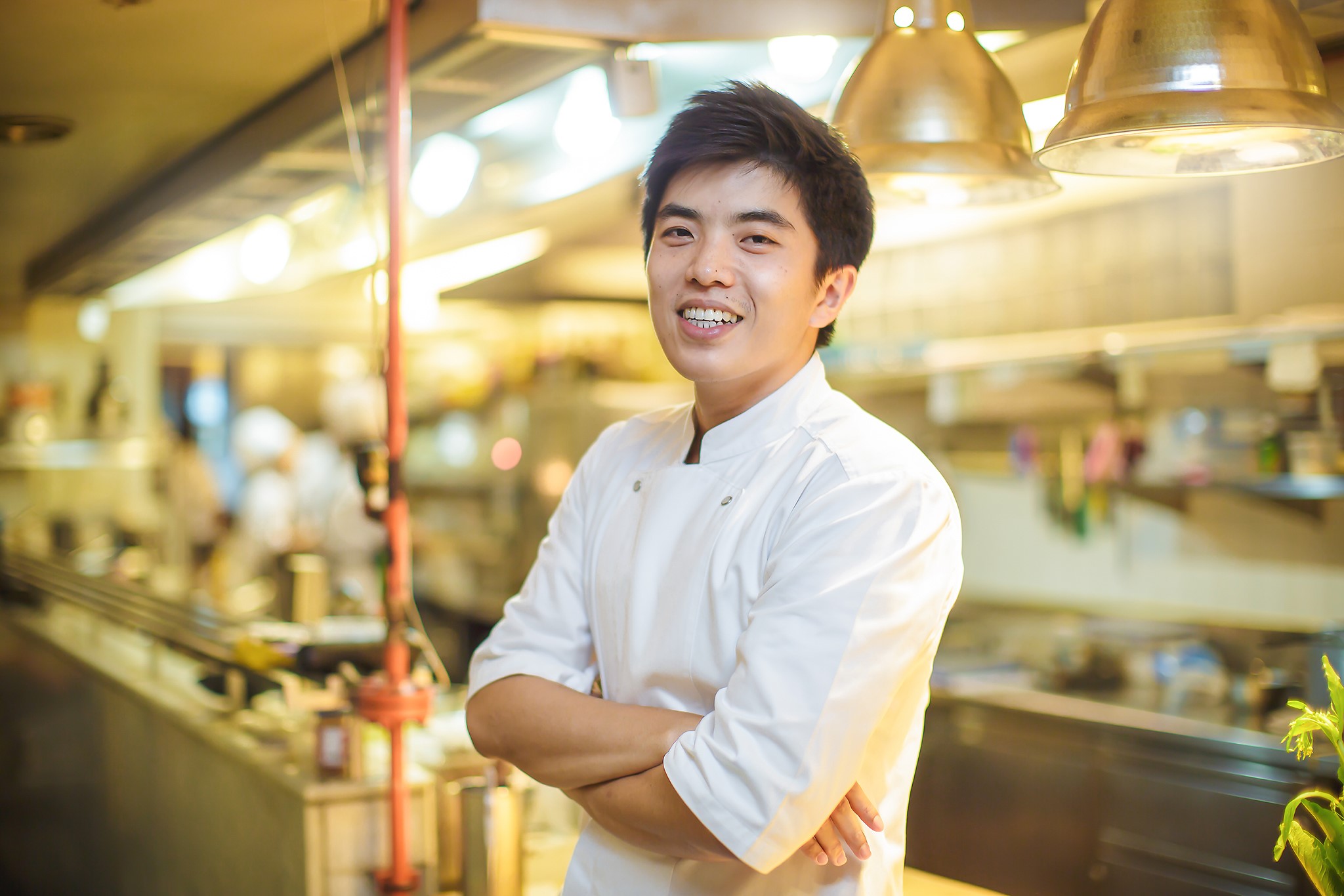 Bangkok’s chefs are forever restless, changing menus ceaselessly and without warning. Thompson is known for creating things at Nahm as often as possible, and he’s only rivalled in delicious inquietude by Ton Tassanakajohn at Le Du. Seasonal Thai ingredients are prepared with French influence, and you’ll find a new spin on age-old Thai traditions here at least every few weeks. 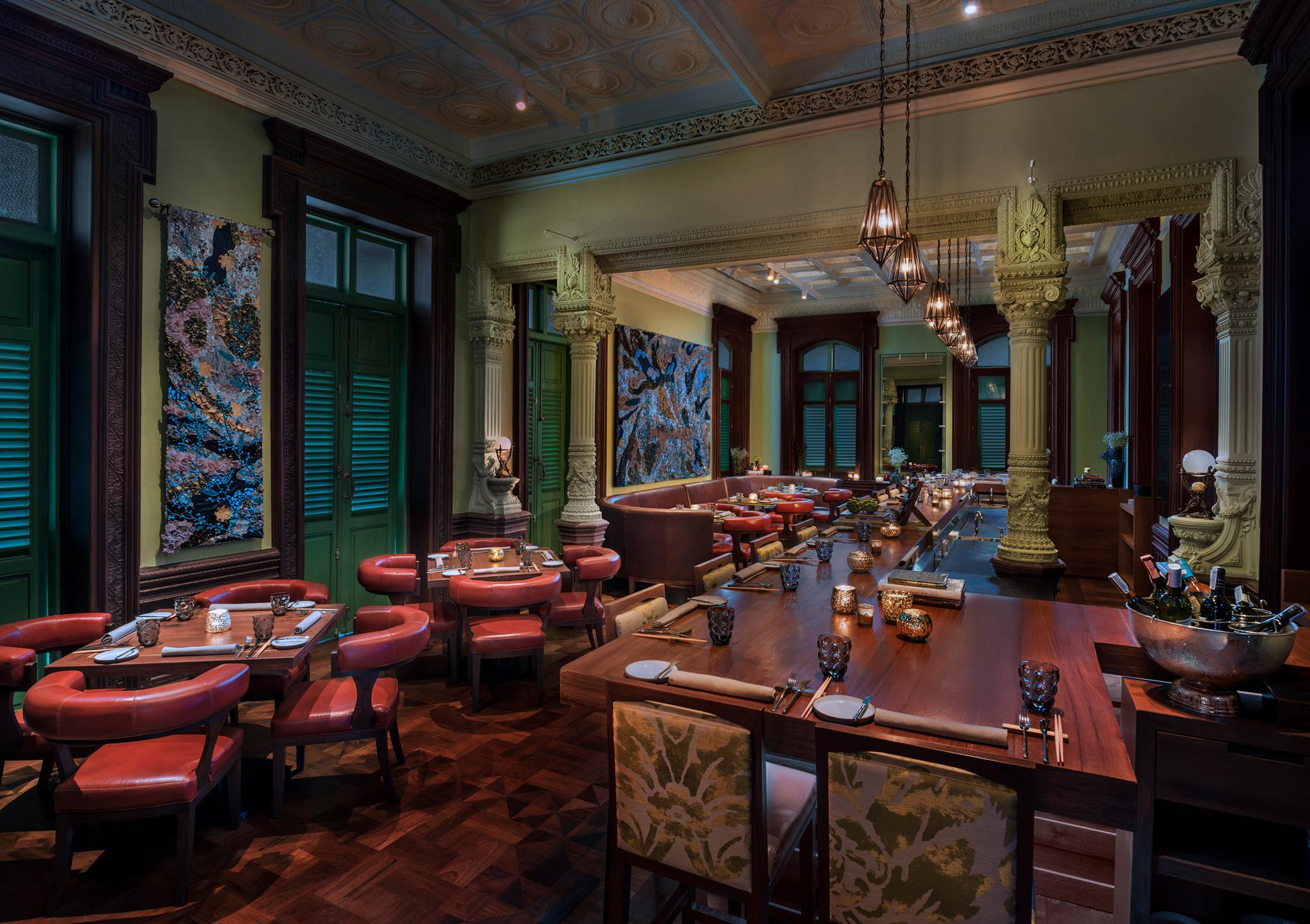 The Dining Room recently launched the new tasting menu by Chef Fatih. ‘Modern Turkish Influenced Cuisine’ – Combining a perfect balance of technique, culinary sensibility and a sense of humor while the team presents the finest ingredients from the region’s most promising culinary trends to seduce guests on a gastronomic journey. 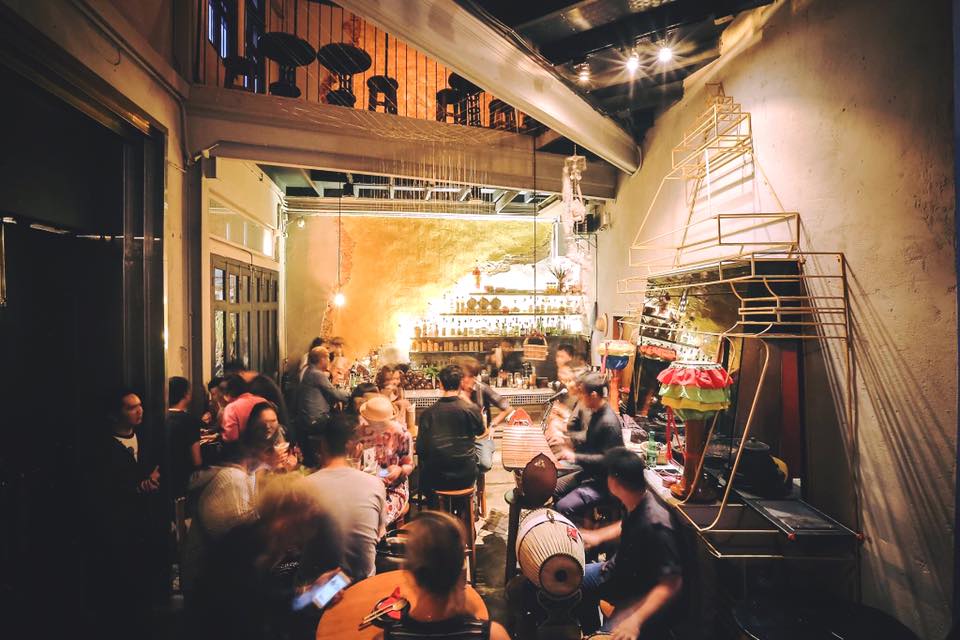 The mixology scene has also exploded with speakeasies and shimmering bars, where craft spirits take inspiration from Thai flavours, local herbs and island and mountain aromas. Taste of Thailand’s menu includes explores gins infused with everything from chrysanthemum to Thai tea and truffles, while Tep Bar serves yadong, a herb-steeped rice moonshine traditionally brewed for its mystical medicinal properties. The entire scene will be on its toes over the next few months, with high-end restaurants set to shower attention over every last garnish and table setting as the Michelin restaurant inspectors descend. There will be a few surprises, but a few surefire additions too. Gaggan, the molecular take on progressive Indian food from Chef Gaggan Anand, has topped the Asia’s 50 Best Restaurants list for three years in a row now and is expected to debut with three stars. 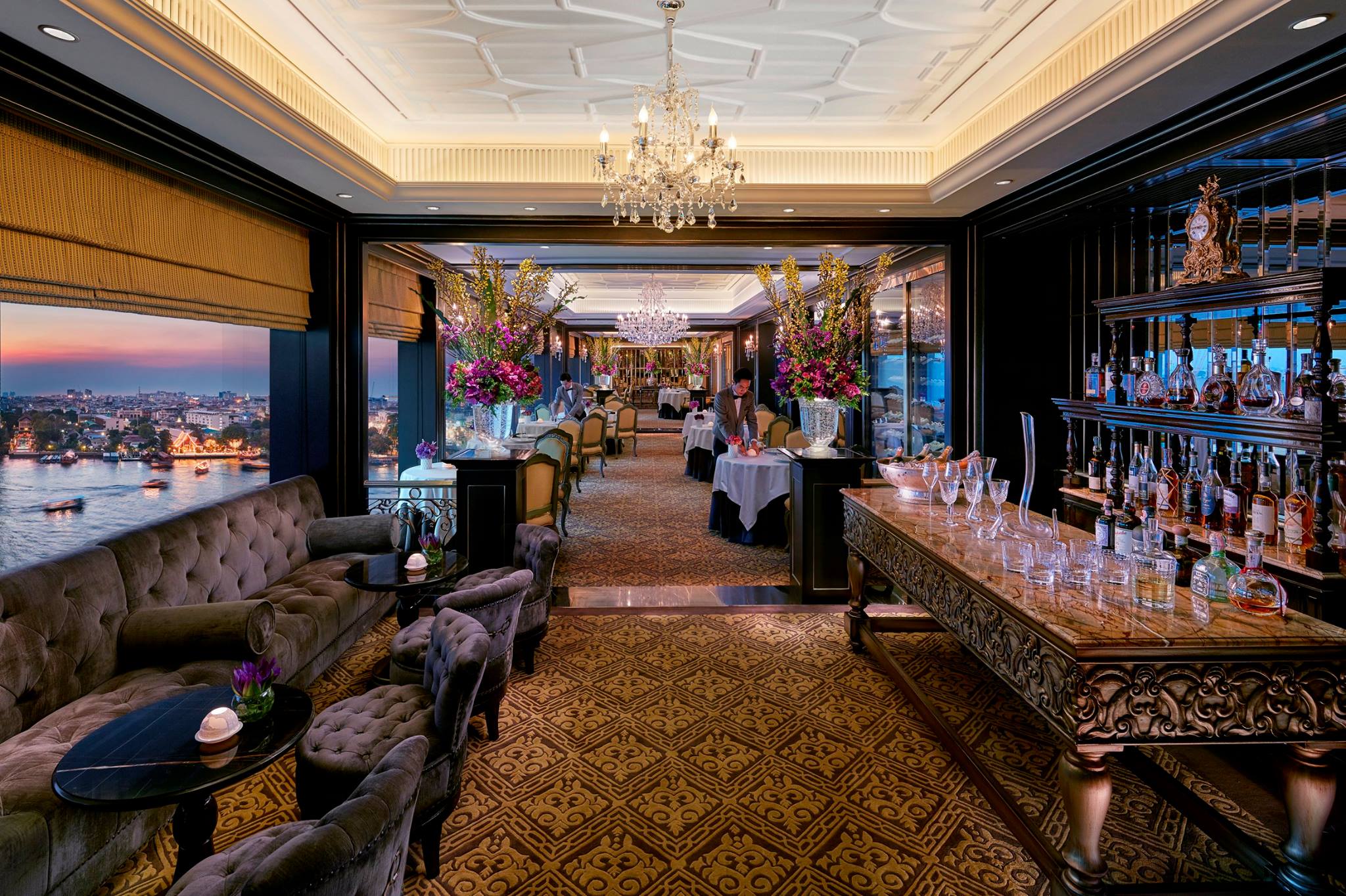 So it’s safe to say Thailand has kept its crown as Asia’s best foodie country, considering gourmands have more of the good stuff to expect now than ever. After all, fine dining in Bangkok costs a fraction of the price it does in other Asian cities. Even after an appearance on the worldwide popular Netflix series Chef’s Table by Chef Gaggan, the tasting menu at his restaurant — the latest of which is entirely written out in emojis — is still just THB 5,000. The haute five-course degustation of Bangkok’s best French restaurant Le Normandie is THB 4,900. As restaurateurs continue to push each other and develop new ideas to make the scene flourish, this is the only the beginning for Thailand. We at Luxury Society Asia will certainly be on the edge of our seats watching.