The chef event series is made even more extraordinary in that a number of the chefs will collaborate to create a unique culinary experience of up to 6 chefs at the same meal. 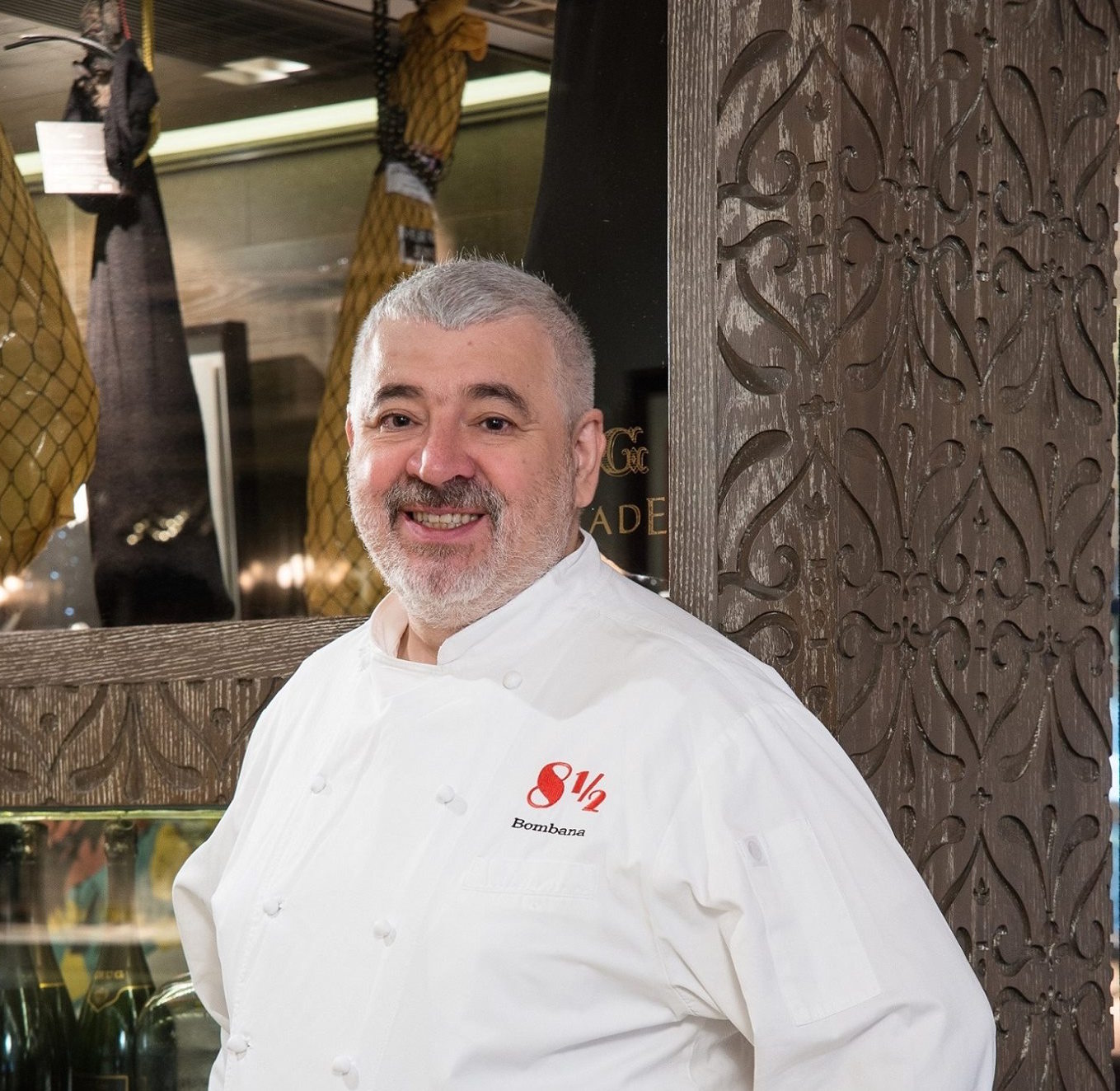 The series will begin with Chef Umberto Bombana, from ‘8½ Otto e Mezzo BOMBANA’, at Le Normandie on 18th February 2017 for evening service. He will be demonstrating his culinary skills that have made him the first and only Italian restaurant outside Italy to receive 3 Michelin Stars and since then, retained the honour for six consecutive years. His dinner is priced at THB 9,500++ for 6 Courses. 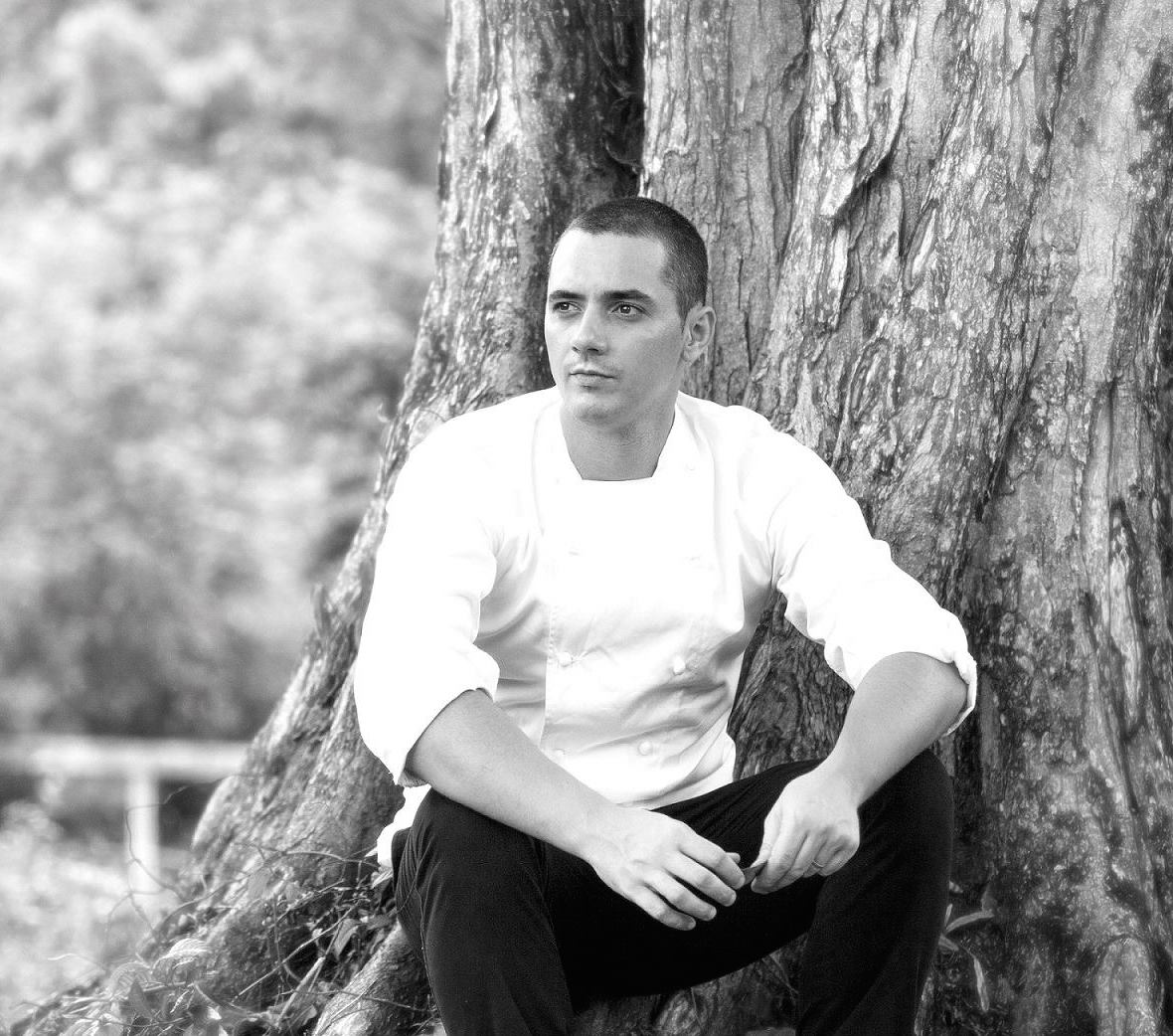 The first ‘Four Hands experience will take place at lunchtime in Le Normandie where Chef Julien Royer will offer guests a unique opportunity to taste the exceptional ingredients of some of the finest boutique producers from around the globe at their peak. Prior to Odette, Royer won over diners and critics during his four-year tenure at JAAN at Swissotel the Stamford, Singapore. The restaurant received numerous accolades under Royer’s leadership, including 11th place on the Asia’s 50 Best Restaurants 2015 and 74th on the World’s 50 Best Restaurants 2015 long list. He will be pleasing the palates of guests alongside Arnaud Sauthier, chef of Le Normandie, who has over two decades of experience in fine dining, having worked with renowned culinary talent worldwide, including Georges Blanc in Vonnas and Marc Veyrat in L’Auberge de L’Eridan. He also spent three years at Maison Lameloise in Burgundy before venturing to Le Crillon in Paris under the leadership of Jean-Francois Piège. Their 9 Courses lunch is priced at THB 6,500++. 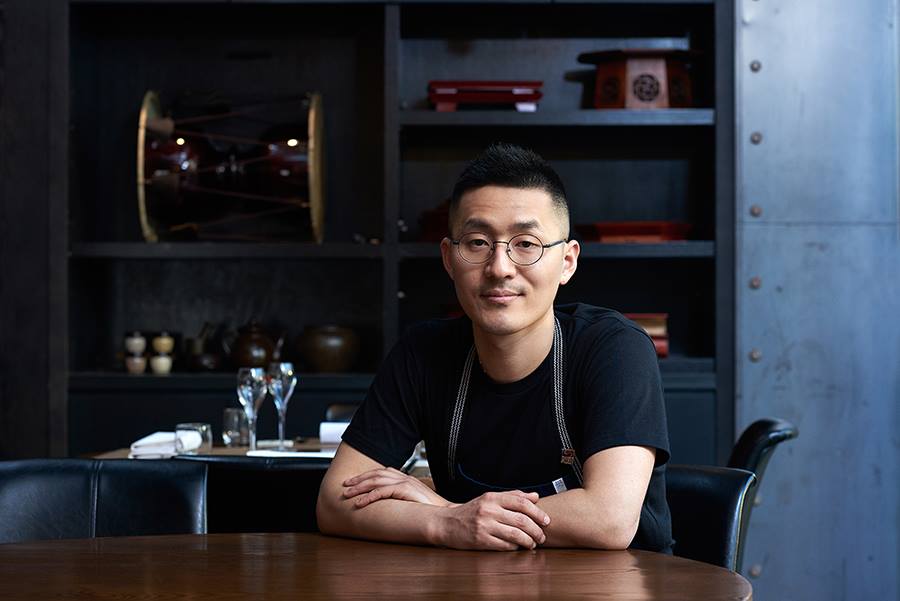 Meanwhile an astonishing 3 chefs will participate in the ‘6 hands dinner’ on 19th February 2017 at Lord Jim’s including Mingoo Kang from Mingles in Seoul, Korea. He made his mark specialising in jang, or traditional Korean sauce, a delicacy he executes so well his restaurant entered Asia’s 50 Best Restaurants 2016 at No.15, the Highest New Entry to the list. Alongside him, we find Chef Ryan Clift, one of Singapore’s most popular mixologist chefs, who has taken modern food and cocktail pairing to a new level and has raised the level of his restaurant Tippling Club to No. 31 on Asia’s 50 Best Restaurants 2016. They will be accompanied by 2 Michelin Stars Chef Richard Ekkebus of Amber at the Landmark Mandarin Oriental, Hong Kong. Richard Ekkebus is the Culinary Director at The Landmark Mandarin Oriental, Hong Kong, overseeing all cuisine at one of the city’s most luxurious and distinctive five-star hotels, where Amber is the crown jewel that offers the best of modern French cuisine in an elegant and stylish setting. Prices are set at THB 7,800++ for 9 courses. 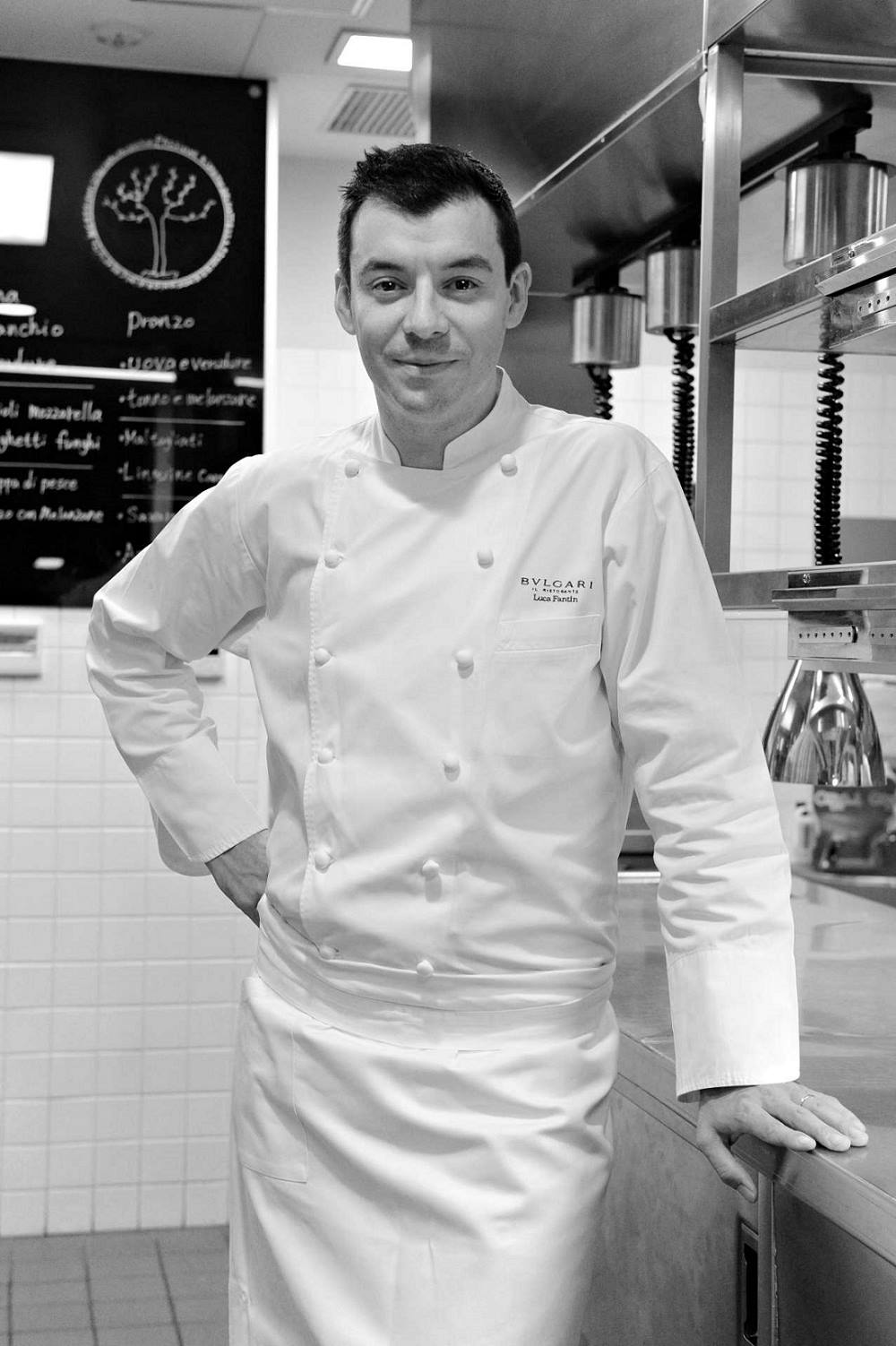 Diners at Le Normandie on 22nd February 2017 will be afforded the opportunity to discover the cuisine of Luca Fantin from Bulgari Il Ristorante Luca Fantin, located on the top four floors of the Bulgari Ginza Tower in Tokyo, Japan. The Michelin Star’s cuisine strikes a perfect balance between taste and aesthetics: the beautiful presentation and intense fragrances announce to the eyes and nose the extraordinary experience in store for the palate. His creative dishes are contemporary interpretation of Italian cuisine, based on the use of quality seasonal ingredients with refined techniques and artful creativity and the 5 Courses are priced at THB 4,500++. 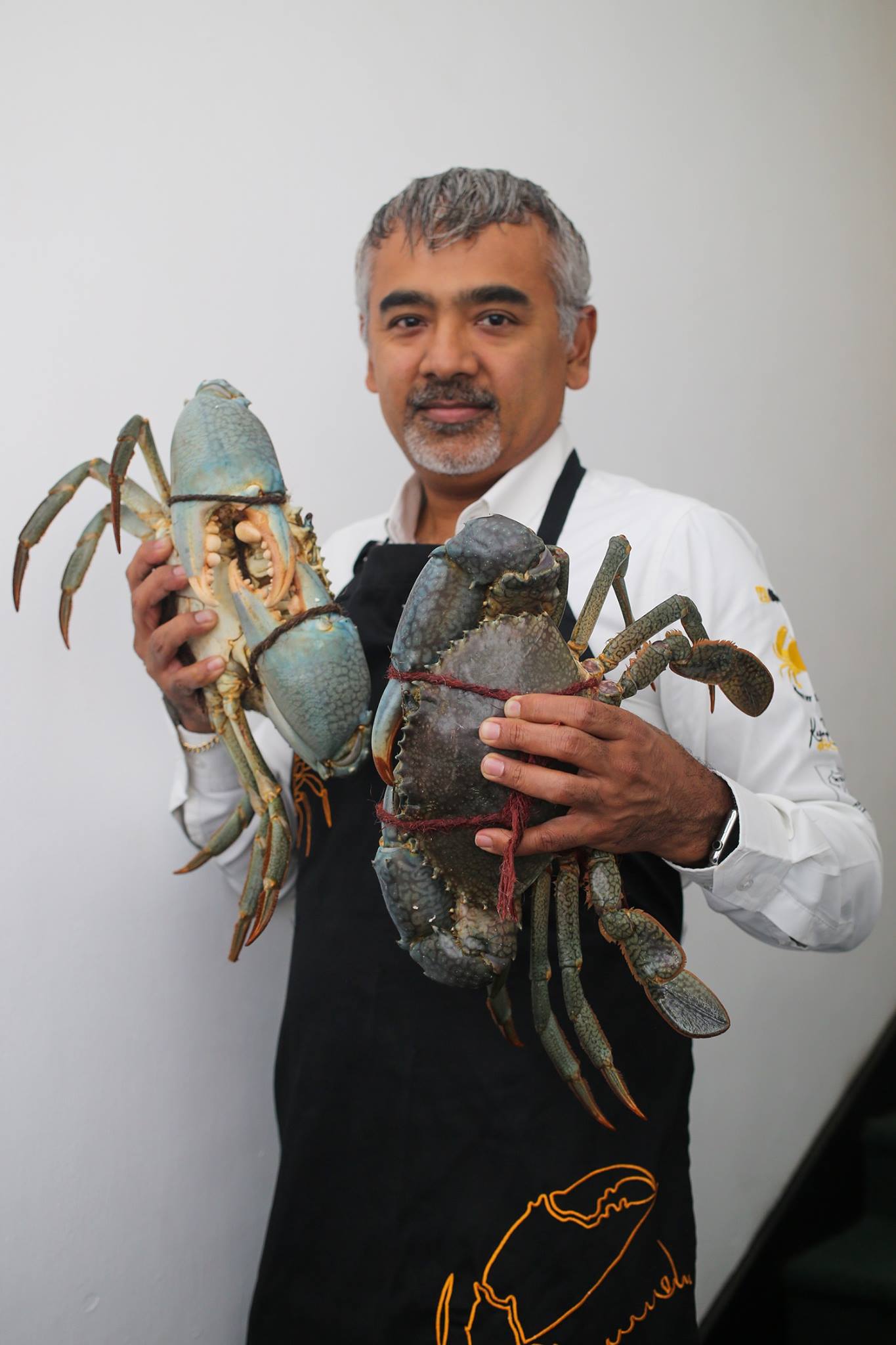 As the finale on 23rd February 2017, Chef Dharshan Munidasa has flown in from Sri Lanka with a fresh batch of mighty lagoon crabs to cook at Lord Jim’s. At his restaurant, Ministry of Crab, they are the stars of the show where the restaurant is celebrated for its fun, laid-back atmosphere housed in a 400-year-old former Dutch hospital. Guests will be able to delight in the enormous crabs he incorporates in his dishes, with sizes ranging from 500g up to ‘crabzilla’ specimens weighing over 2kg, spiced with the aromas of his native Sri Lanka whilst incorporating the flavours he has picked up from around the world. Dinner is priced at THB 3,500++ for 6 courses. 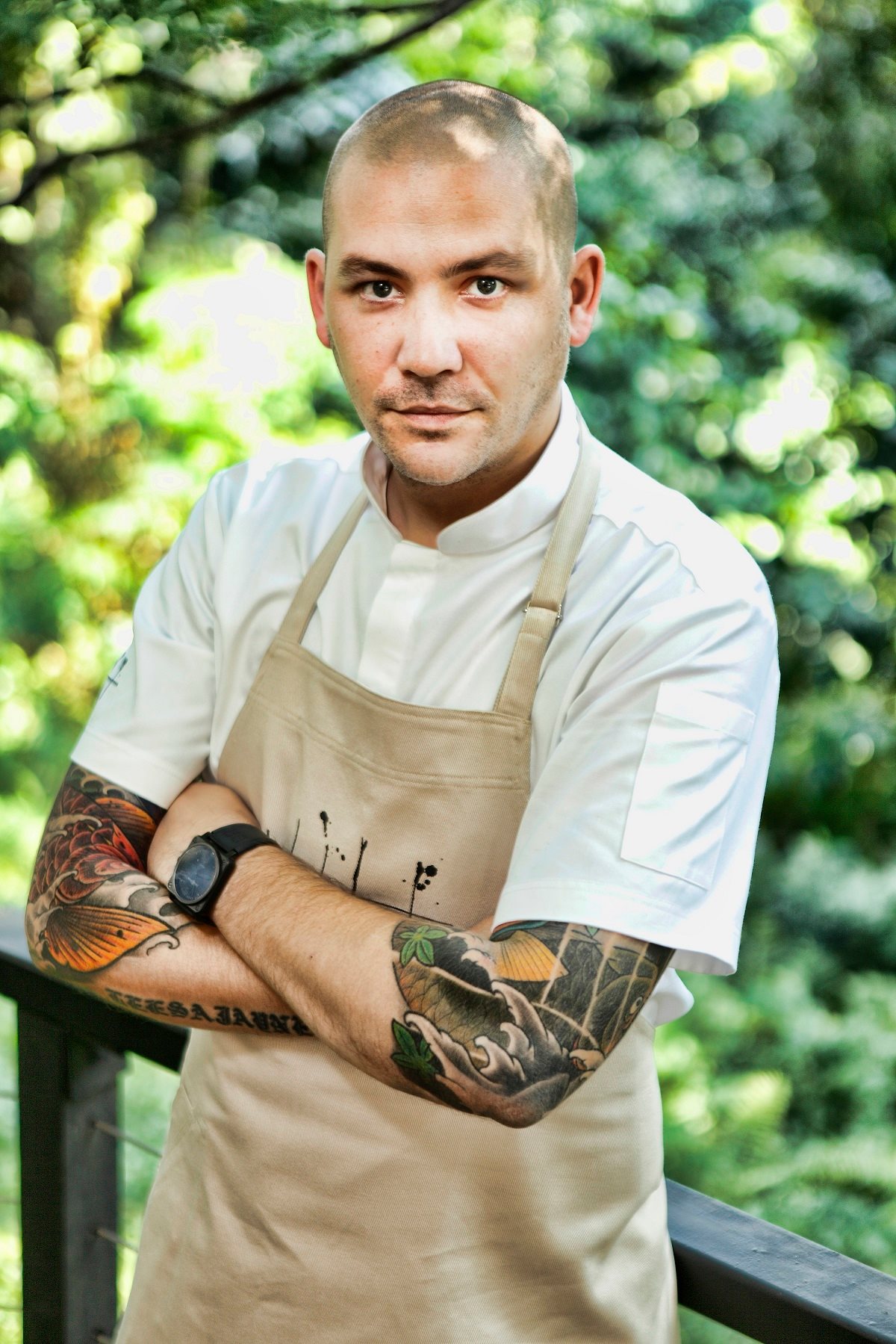 The dining series is part of the Fine Dining Lovers Guest Chef series, designed to demonstrate how the finest natural mineral water can be used to enhance the greatest of dining experiences. The series brings renowned chefs to Thailand from top dining destinations around the world, including Kirk Westaway (winner of 2015 S.Pellegrino Young Chef for Southeast Asia, from one Michelin-starred Jaan in Singapore, and Ryan Cliff from the famous Tippling Club in Singapore.