Trying to select who are the World’s Top 5 Chef is always going to be a contentious choice. The criteria for our selection was identifying those who have made a significant difference the world of gastronomy ranging for the collectors of the largest numbers of Michelin stars to those acknowledged as the World’s Best Restaurant, love us or hate us here in no particular order is our selection.

Born on 27 May 1966, a British celebrity chef who is the proprietor of The Fat Duck in Bray, Berkshire, one of four restaurants in Great Britain to have three Michelin stars, that was voted No. 1 in The World’s 50 Best Restaurants in 2005.

He also owns the two Michelin stars restaurant Dinner at Mandarin Oriental Hyde Park, London, and two pubs in Bray, The Crown at Bray and The Hinds Head, which has one Michelin star. He invented recipes for triple-cooked chips and soft-centred Scotch eggs.

His interest in cooking began at the age of sixteen on a family holiday to Provence, France, when he was taken to the Michelin-starred restaurant L’Oustau de Baumanière. He was inspired by the quality of the food and “the whole multi-sensory experience: the sound of fountains and cicadas, the heady smell of lavender, the sight of the waiters carving lamb at the table. When he learnt to cook, he was influenced by the cookbook series Les recettes originales, with French chefs such as Alain Chapel.

Having left school at eighteen, he began an apprenticeship at Raymond Blanc’s Le Manoir but left after a week’s probation. Over the next ten years he worked in a “relatively undemanding series of jobs – credit controller, repo man during the day, teaching himself the French classical repertoire in the evenings. A pivotal moment came when reading On Food and Cooking: the Science and Lore of the Kitchen by Harold McGee. This challenged kitchen practices such as searing meat to seal in the juices, and it encouraged Heston to “adopt a totally different attitude towards cuisine that at its most basic boiled down to: question everything”. 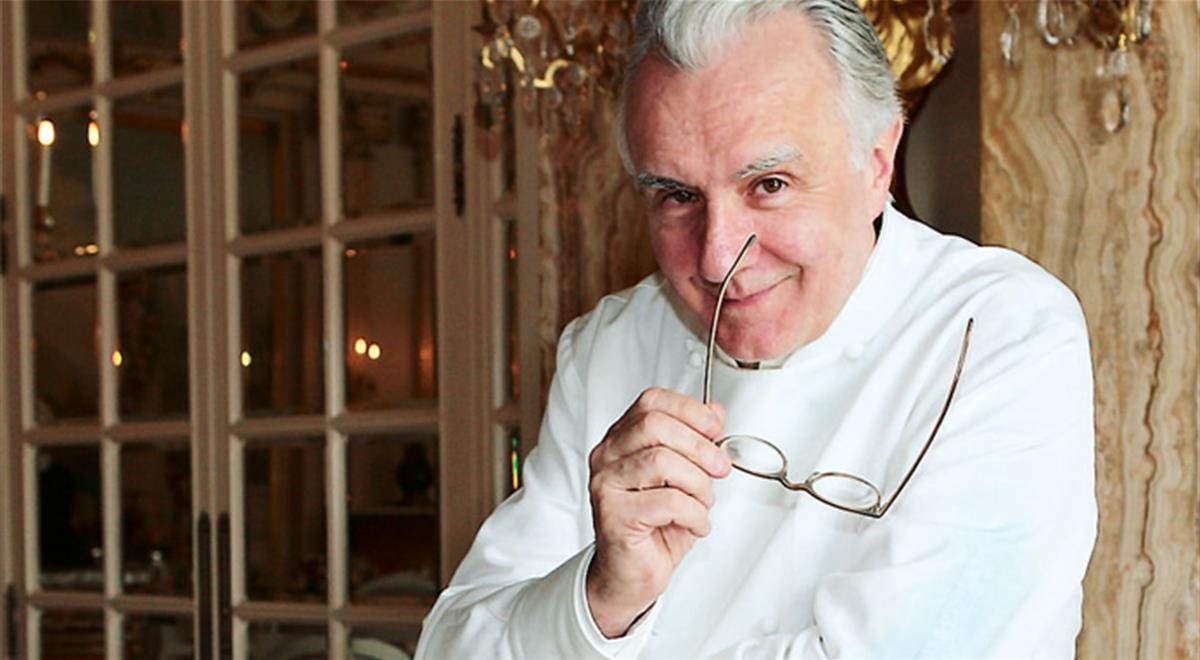 Born in Orthez, he was educated on a farm in Castel-Sarrazin in southwestern France. He began his culinary career at the age of 16 as an apprentice at the Pavillion Landais and at the Bordeaux Hotel school. From there he began working at Michel Guerard’s restaurant in Eugenia-les-Bain while he also worked for Gaston Lenotre during the summer months, In 1977 he worked with the legendary chef Roger Verge, creator of Cuisine du Soleil at Moulin de Mougins where he learnt Provençal cooking methods for which he was later to become famous.

His first chef’s position was when he took over the kitchens at L’Amandier in Mougin, then a year later he became head chef at La Terrasse in Hotel Juana in Juan-les-Pin. In 1984 he was awarded his first two Michelin stars.

In 1986 he became Chef at Hotel de Paris in Monte Carlo which included the management of the hotel’s Le Louis XV restaurant.

In 1988 he expanded beyond the restaurant industry and opened La Bastille de Moustiers, a twelve bedroom country inn in Provence and began acquiring financial interests in other Provence hotels. On 12 August 1996 the Alain Ducasse restaurant opened in Le Parc – Sofitel Demetre in Paris which was awarded three Michelin stars within just eight months of opening.

His first venture in the United States was the opening of Alain Ducasse restaurant at Essex House hotel in June 2000 which was awarded three Michelin star in December 2005, the first restaurant in the big apple to achieve that status, it closed in 2007 when Ducasse opened Mix in Las Vagas which went on to earn one star.

Ducasse’s claim to fame is that he was the first chefs to own three restaurants, each with three Michelin stars, each in different cities. Along with Joel Robuchon he was one of two chef to hold 21 Michelin stars at the same time. 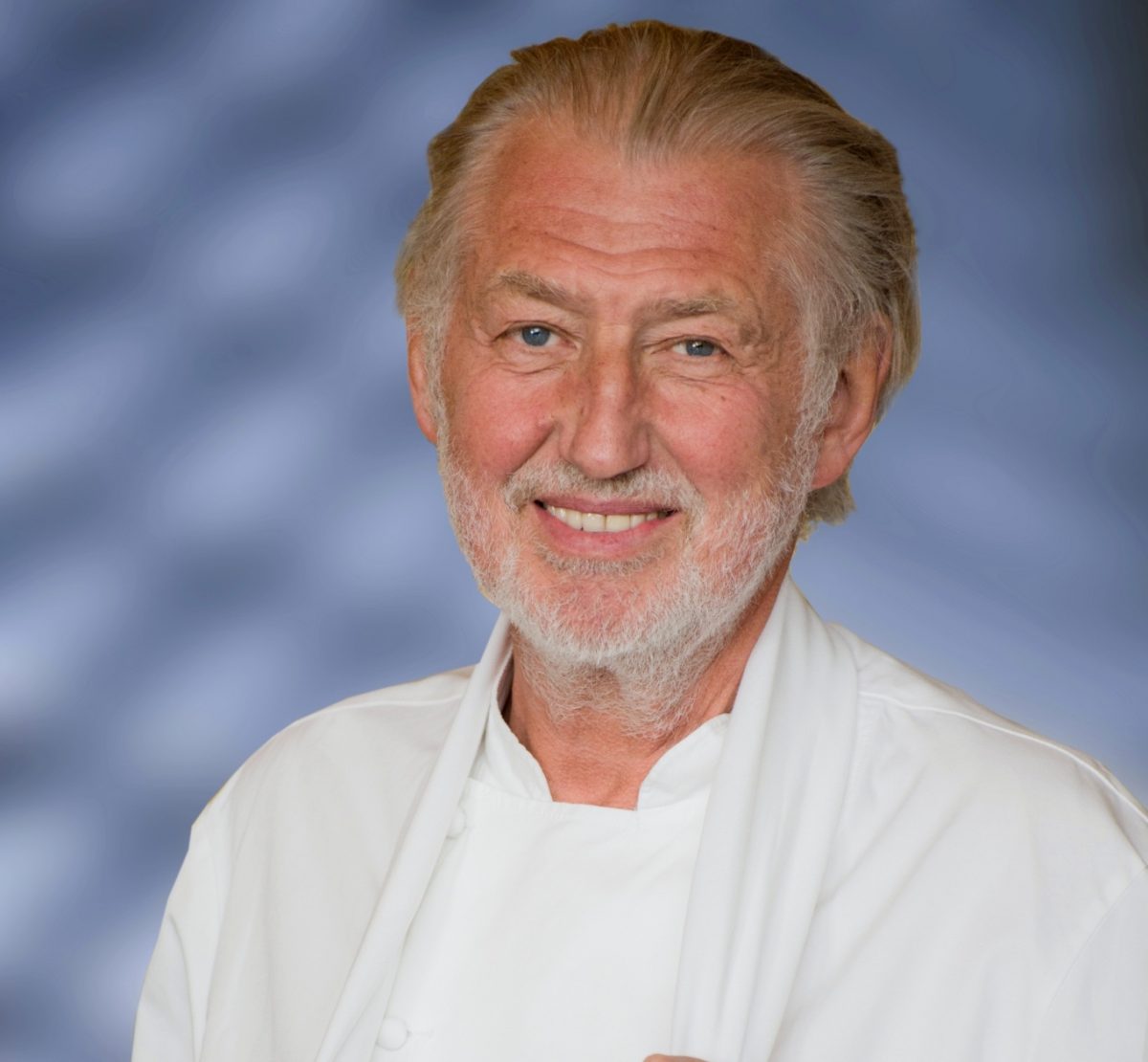 Pierre Gagnaire was born on 9 April 1950 in Apinac, Loire, France. He is a well known French chef, and is the Head Chef and owner of the eponymous Pierre Gagnaire restaurant at 6 rue Balzac in Paris (in the 8th arrondissement).

His culinary career began working at Paul Bocuse’s restaurant during his summer vacation in 1965. That experience enamoured him not just too cooking but the complete culinary arts which lead to his apprenticeship in 1966 at restaurant Juliette in Lyon. Two years late he was a commis chef in restaurant Tante Alice in the same town.

After moving to a new restaurant, Art Déco, and being inspired by the host of visiting contemporary artists, Pierre was awarded his third Michelin star, for his out of the ordinary dishes and unique cuisine. After closing his restaurant in Saint-Étienne, Pierre began working at 2 Michelin star restaurant Balzac, which in 1998 was awarded a third star. 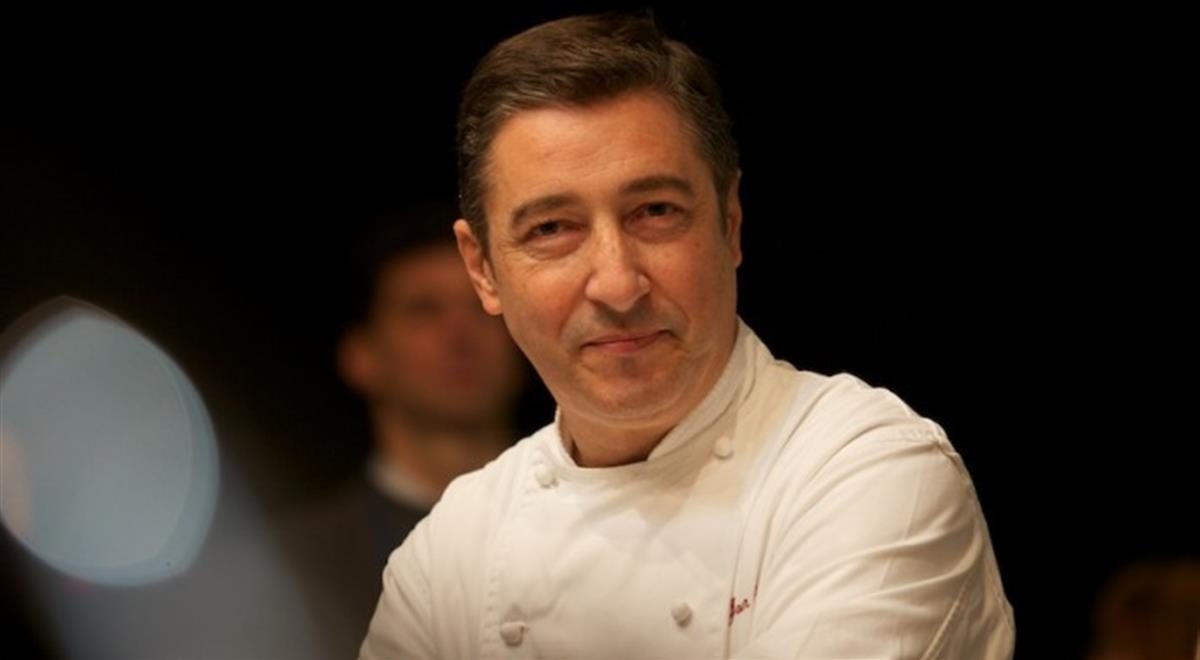 Joan Roca i Fontané born in 1964 in Girona, Catalonia, Spain is the chef of the restaurant El Celler de Can Roca named best restaurant in the world in 2013 and 2015 by Restaurant magazine. He and his brothers Josep and Jordi were brought up at their parents’ Can Roca restaurant that served traditional Catalan recipes. He used to enjoy shopping with his mother and working alongside her in the kitchen where he fell in love with the aromas and smells together with sounds coming from the pans

He studied in Escola d’Hosteleria de Girona, where he learnt other ways of cooking and serving food. The next step in his culinary education was to study with the masters such as Ferran Adria where he embraced the deconstruction method. Then with Santi Santamaria where he discovered new standards of Catalan dishes. Finally to France with George Blue that taught him the French way of organising a top level kitchen.

Returning from France at the age of 22 he was ready to open El Celler de Con Roca where he started to develop his own personal approach to gastronomy – from a base of the traditional he added the skills and knowledge acquired on his travel rounding it off with his own personal twist.

In September 2007 they transferred El Celler de Con Roca to the Torre de Con Roca that gave more space and freedom to work with quality ingredients. “I wanted to cook like my mother,” says Joan Roca, “with my heart.”

In 2013 the brothers launched to establishments with Barcelona’s stylish Hotel Omm with whom they had been consulting for the past decade. The was Roca Moo, a relaunch of the hotel’s Restaurant Moo, while the kitchen itself remained under the command of chef Felip Liufiu. The second was Roca Bar in the hotel’s lobby.

Joan is now is elaborating traditional cuisine together with avant-garde techniques, which implies research of both modern techniques and traditional recipes. Some of the techniques he uses are Sous-vide, “Perfume-cooking” and Distillation. 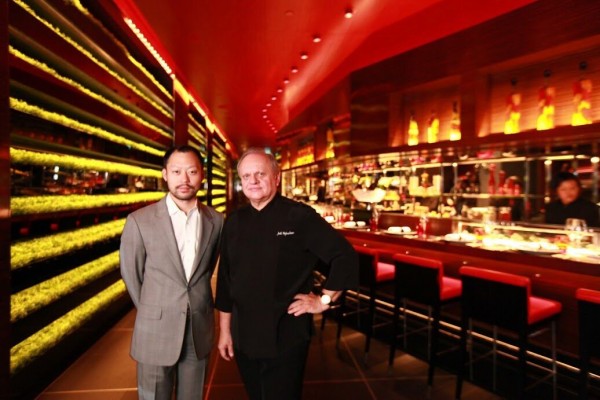 Born on 7 April 1945 in Poitiers France he is the French chef and restauranteur who was awarded the title of Chef of the Century by the guide Gault Millau in 1989. He has published several cookbooks in French two of which have been translated and published in English. He currently chairs the committee of the current edition of Larousse Gastronomique. He operates a dozen restaurants in Bangkok, Bordeaux, Hong Kong, Las Vegas, London, Macau, Monaco, Paris, Singapore, Taipei and Tokyo and with a tally of 28 he is the chef with the largest number of Michelin stars to his name.

He started his culinary career as an apprentice pastry chef at the Relais of Poitier at the age of 15. Five years later he joined the apprenticeship “Compagnon du Tour de France” which gave him the opportunity to travel through the country learning a variety of diverse techniques. At the age of 28 he was appointed head chef at the hotel Concorde-Lafayette. He later started his own restaurant Jamin in Paris. He mentored Gordon Ramsay, Eric Rupert and Michael Caines.

Seeing so many of his peers dying of stress and heart attacks Robuchon retired as a chef at the age of 50 in 1995. He subsequently made a comeback, opening several restaurants bearing his name around the world.

Robuchon was the most influential French chef of post Nouvelle Cuisine era. A relentless perfectionist in his cuisine saying that there is no such thing as a perfect meal – one can always do better. He was instrumental in leading French cuisine away from excesses moving back to a more authentic even bourgeois simple style. Inspired by the simplicity of cuisine lead him to create a more delicate style that showed respect for the individual taste of each of the natural ingredients.