Since its inception, the World Gourmet Festival has grown in prominence to feature an extraordinary line-up of some of the best chefs, winemakers and food experts from across the globe, all gathered together under one roof for a week-long celebration of outstanding cuisine and superb wines.

The full line up of chefs at the 16th Annual World Gourmet Festival is as follows: 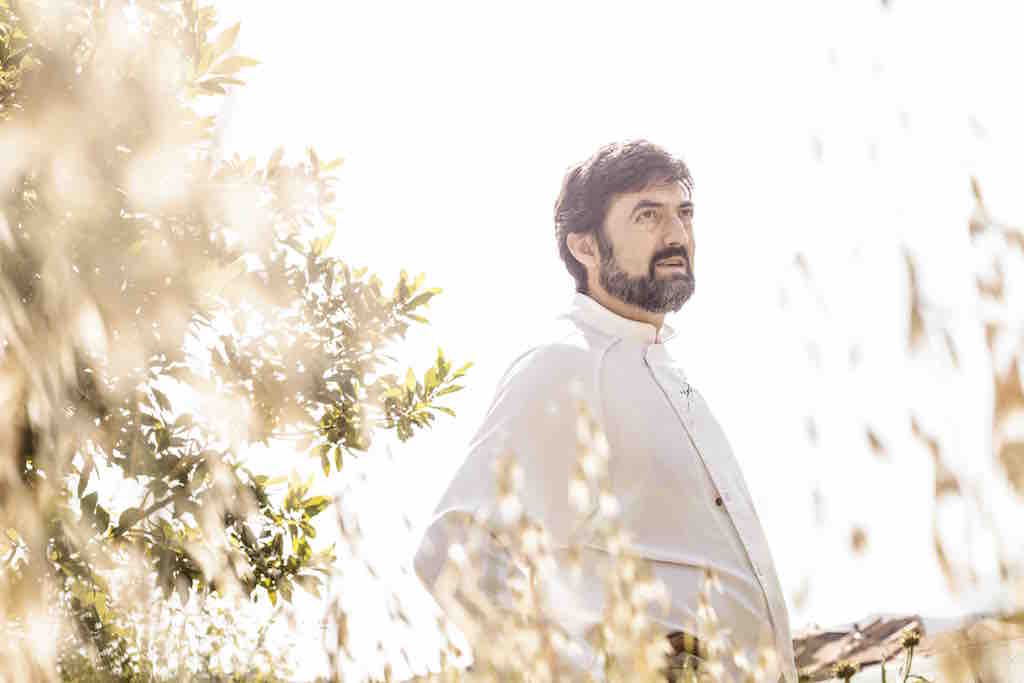 Like many great chefs, Michelin-star Chef Francesc learned the art of cooking at a very young age from his mother, working at the family owned village inn ‘La Fonda’ specialized in traditional Catalan cuisine. After finishing high school, he enrolled at the ‘Escola d’Hosteleria de Barcelona’ in order to develop his culinary skills and extend his knowledge. On graduating from culinary academy, Chef Francesc worked in a number of prestigious restaurants alongside many famous chefs, most notably the legendary Santi Santamaria, the first Catalan to be awarded three Michelin stars and a seminal influence on Chef Francesc’s own cuisine. 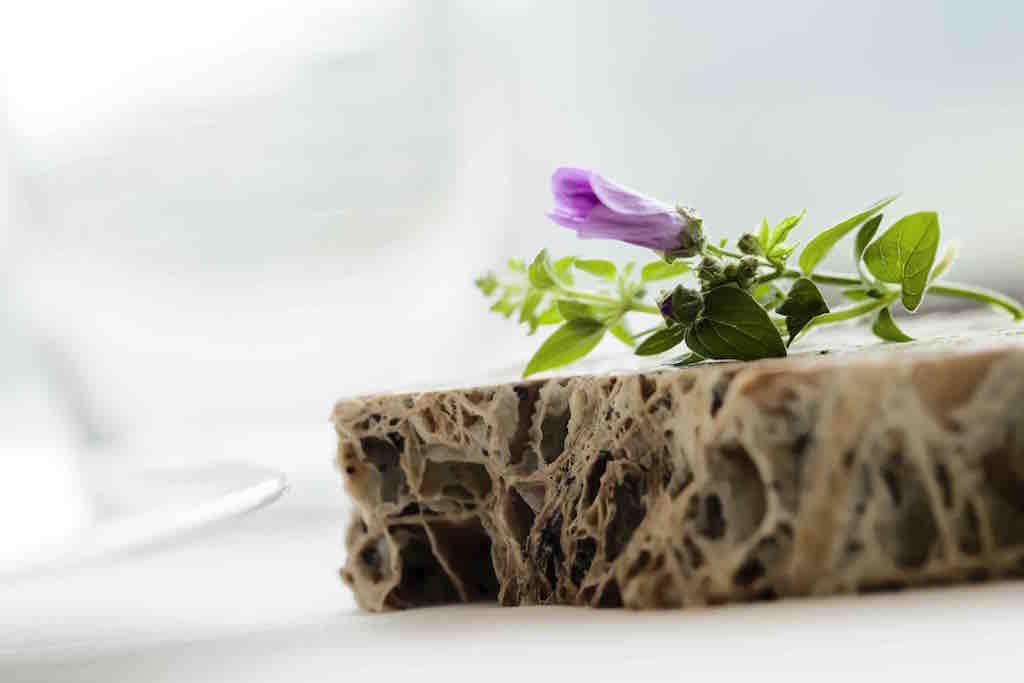 Chef Francesc returned to ‘La Fonda’ and began introducing new dishes while the kitchen was still in the hands of his mother. He and his sister finally took over and elevated the kitchen inn into an acclaimed restaurant which was awarded one Michelin star in 2009.

Like many chefs today, Chef Francesc likes to use local ingredients in his cooking. Mushrooms are a vital ingredient in Catalan cuisine as the local area has plentiful supply and they are probably his signature ingredient.

‘La Fonda Xesc’ is located on a building that dates back to 1730 in Gombrèn, a small village in the Catalan Pyrenees. The restaurant, nestled in a picturesque landscape, is an oasis of authentic Catalan tradition set apart from the modern world.

Coming from a family whose passion is focused on hospitality and gastronomy, Chef Jean-François Bérard had his first culinary exposure at his parent’s boutique hotel, Hostellerie Bérard and Spa, located on a hilltop village instilled with the magic of Provence, La Cadière d’Azur.

Having a father, Chef René Bérard, who is a master chef himself, train him from his early age, the beauty of cooking using only the finest ingredients sourced in their garden and the locality, Chef Jean-François do wonders in the kitchen side by side with his father. Like father, like son, both have received various accolades including the ultimate Michelin star for their restaurant.

Working as a family and team, the Bérards including the mother Daniele and sister Sandra, they have instilled this exceptional Hostellerie Bérard & Spa with their own very special magic. 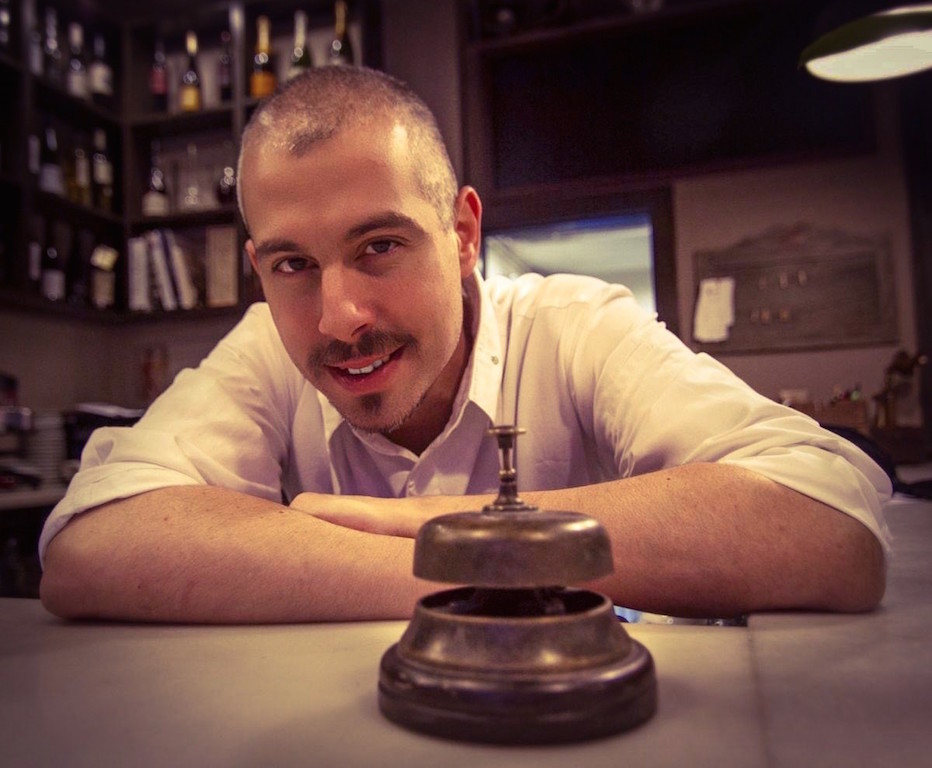 Chef Francesc Gimeno Manduley transmits emotion, passion and sincerity – qualities which are expressed in every one of his creations. Through his dishes, he transports the diner back to their childhood, when everything was still open to discovery and there was no time for worrying. At the end of 2006, he opened a tapas bar, Bohemic Bistro, which progressively became a restaurant in which he expressed his overflowing creativity in a variety of styles with inspirations drawn from his time in renowned establishments. Chef Francesc’s Bohemic restaurant plays on high-concept miniature presentation of a variety of dishes for the diners to choose from after a pasta sized appetizer and complete the meal with a dessert.

Describing himself as simply a cook, Chef Pierre’s cuisine is mainly dictated by Mother Nature. A staunch supporter of the local farmers, he selects the best vegetables and regional products which are the basis for the creation of his recipes revealing dishes with playful tastes, colors and shapes. His cuisine is based on flavor with theatrical presentation.
Growing up in the mountains of Drome, he spent his childhood days with his great-uncle growing vegetables and loved the idea of eating food that they have grown. Nothing indicated that this would interest him in cooking but spent two years as a chef’s apprentice and another two years gaining professional qualifications. 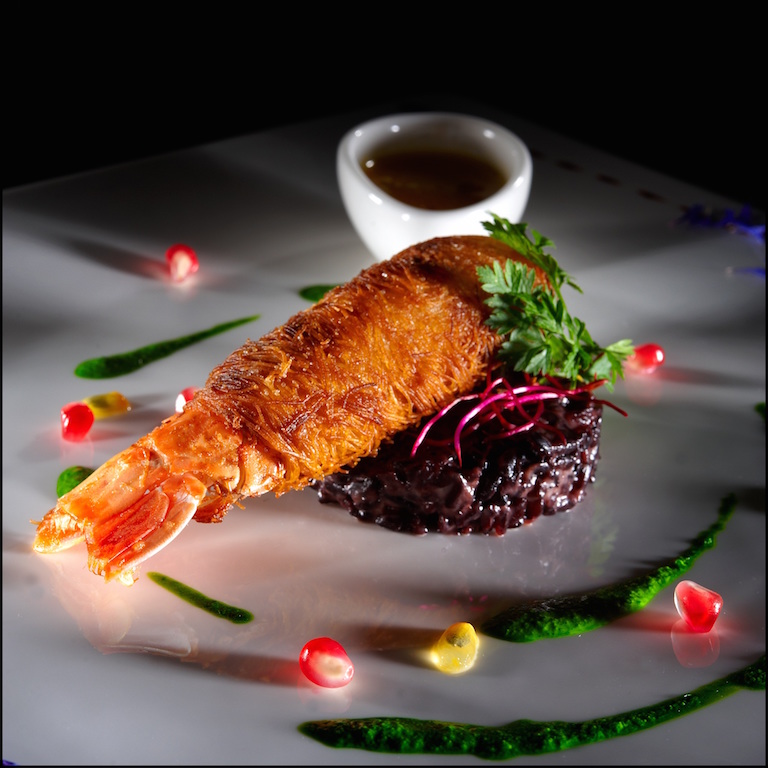 His becoming a chef wasn’t really a desire to work with food, but more of transforming things from the basic ingredient to a finished product. Honing his culinary skills working with various hotels and restaurants in France and Switzerland, he finally settled at Crans-Montana and has been the Chef de Cuisine at Restaurant LeMontBlanc at LeCrans Hotel & Spa which received a Gault & Millau award in 2010. 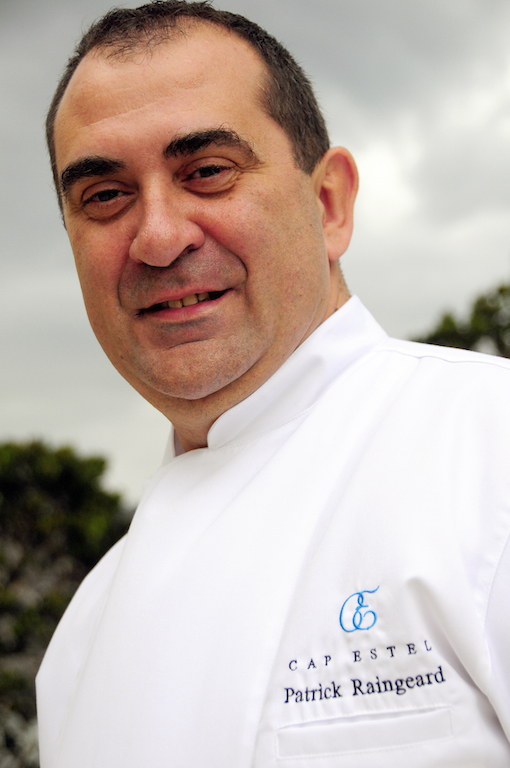 Inheriting his love for cuisine from his grandmother, Chef Patrick at a very early age, liked watching her while she prepared sautéed potatoes, being fascinated by the foaming of butter on the stove, scorching but not burning. He pursued his interest and found his way to the culinary world where stellar chefs abound. Working side by side with renowned chefs such as Alain Passard of the 3 Michelin Stars L’Arpège and Jacques Maximin of the 2 Michelin stars Ledoyen and The Elysée Lenôtre, the experiences gave him confidence and motivation which resulted to his first Michelin star award for the Zebra Square restaurant in Monaco. 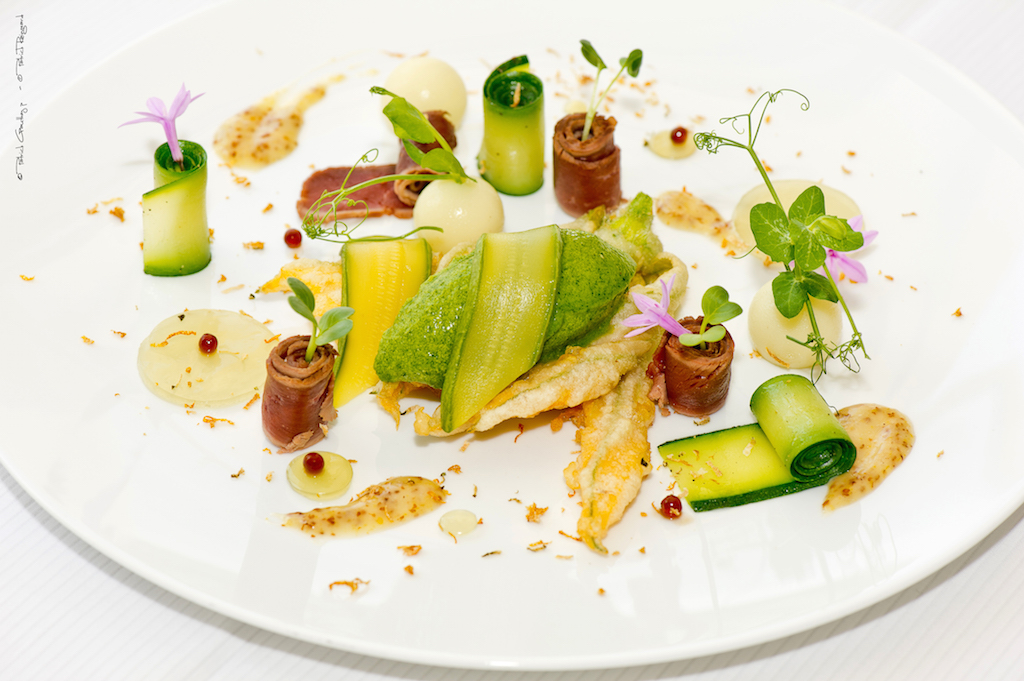 With his The Table of Patrick Raingeard restaurant receiving its Michelin star in 2013, Chef Patrick practices his cuisine instinctively in contemporary style and is a man of the soil. His five years of working with a Japanese chef gave him taste for exotic savors and he is a staunch advocate of local produce depending on seasonality. He and his team are proud that the Cap Estel uses some of the vegetables from its very own garden. 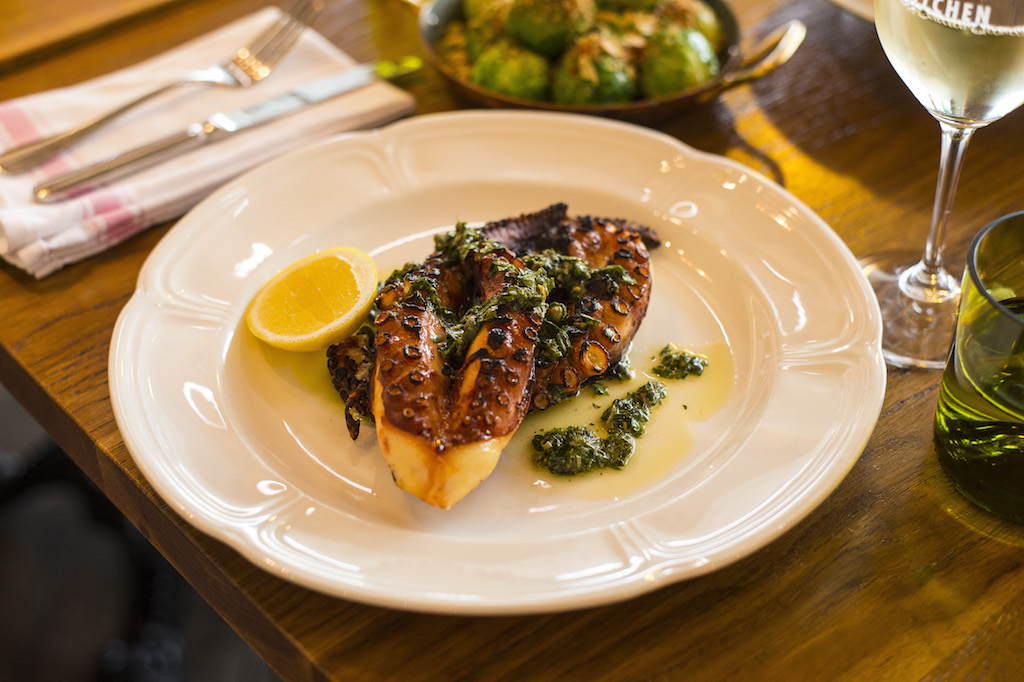 Chef Sean Connolly is one of Australia and New Zealand’s most well-respected chefs, with a growing list of accomplishments and awards to his name. A true visionary with a wealth of experience and uncompromising drive, his latest endeavor is the opening of his first restaurant in Adelaide, South Australia – the aptly named Sean’s Kitchen. A New York inspired Brasserie restaurant offering mouth-watering dishes with a focus on showcasing the outstanding local produce, Sean’s Kitchen located in Adelaide Casino, has won Best New Restaurant in The City Awards within a year of its opening.

As any other master chefs, Chef Sean got his inspiration from his grandmother which influenced his food today: generosity, imagination and a healthy respect for excellent produce. His formal training began at an early age of 13, taking on a Chef’s Apprenticeship at a couple of 5-star hotel and restaurants in the UK. His culinary stints include aboard the luxury cruise liner, QE2, 5-star hotel such as Park Lane (now Sheraton on The Park), and other standalone restaurants. He hosted the critically acclaimed 13 part tv series called My Family Feast, a celebration of Australia’s love of food and family life, which won the Best TV Show at the 2010 Australian Food Media Awards, plus Best TV Series for food and wine culture at the world TV Food & Wine Festival. With his cookbook, My Family Feast, he received the best celebrity cookbook in the world at the 2011 Paris Book Fair.

The awards and accolades he has received during the course of his culinary experiences truly attest to the success of Chef Sean’s burgeoning career. 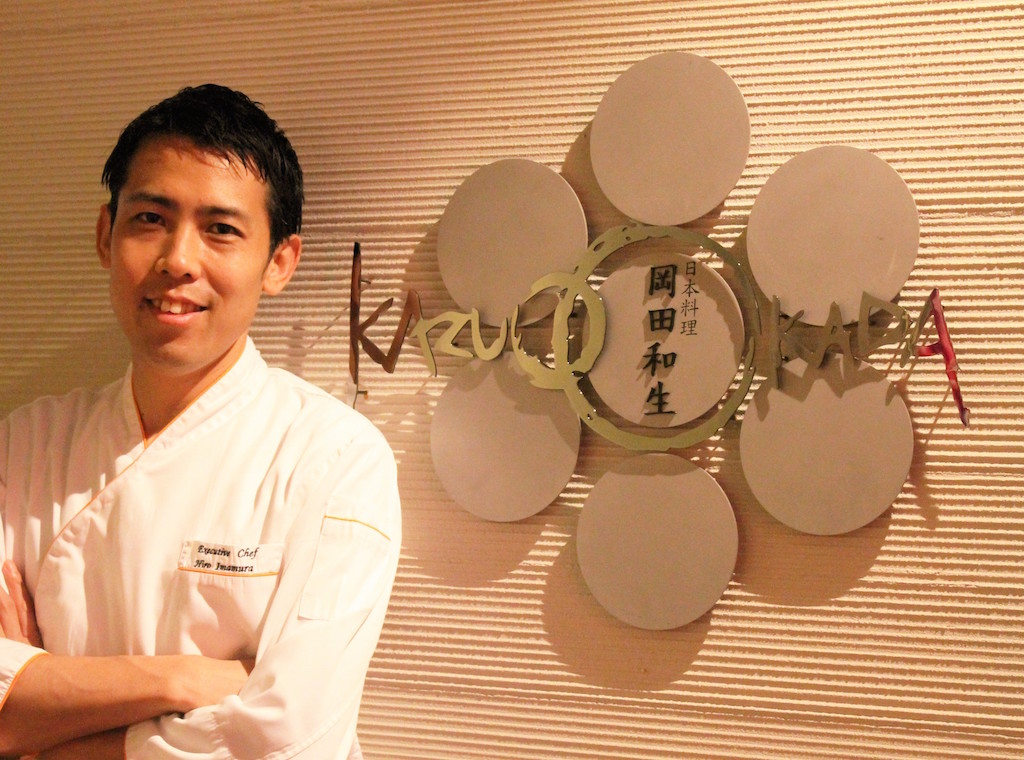 Born in Japan, Chef Hirofumi started dreaming of becoming a chef at the age of four when he first tasted the joy of cooking for his parents. He mastered his fundamental cooking skills at his hometown Fukujima’s Japanese restaurant Kawashou then journeyed to New York where he excelled as a sushi chef after gaining his Fugu license in 2001 and promptly moved up to become an executive chef at Sakagura New York. As the executive chef, he honed his insights in pairing food and sake and was awarded his Sake sommelier license in 2004 and created a sake pairing menu with 200 types of sake which resulted to an award for Sakagura’s as No. 1 at Zagat Survey in the Night Life category and was one considered one of the most popular restaurants in New York. Moving on from New York to Las Vegas in 2006, he joined a Japanese restaurant at a 5 star hotel and turned the restaurant into one of the most talked-about Japanese eateries in Las Vegas. This was followed by a stint in Macau where he impressed the gourmands with his mastery of teppanyaki, robatayaki, sushi and traditional Japanese kaiseki. He now heads the One-star Michelin Kazuo Okada restaurant in Kowloon, Hong Kong. 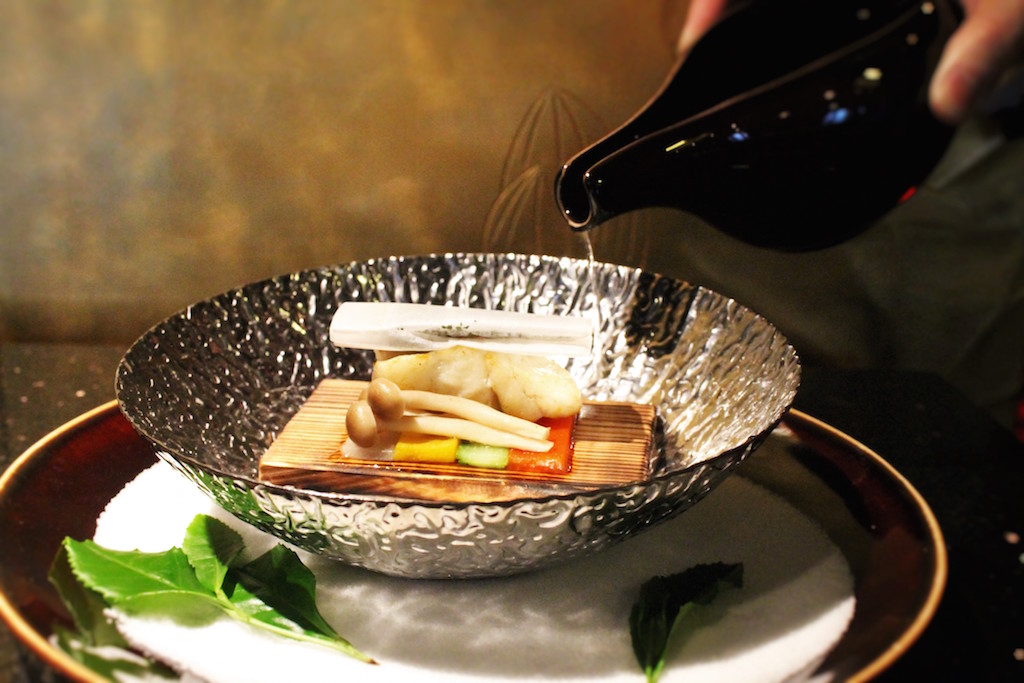 Chef Hirofumi is admired for the way he imbues each dish with uniqueness. Firmly committed to the idea that every dish should have its own seasoning, he searches the world over to source the perfect seasoning for his dishes. He also matches his creations with different dishware for an ideal presentation of the food across the seasons. One of his culinary philosophies is the belief that every dish should stimulate each of the five senses, even including sense of smell, texture of ingredients and the sounds while dining. 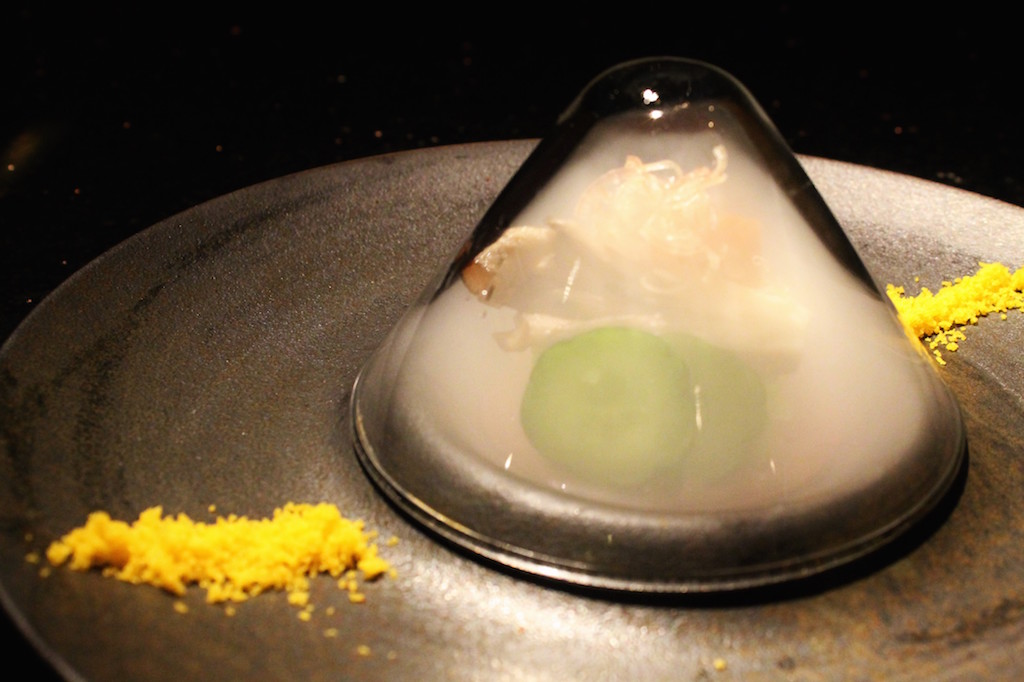 Each guest chef will host two evenings in one of the Hotel’s restaurants. This year’s World Gourmet Festival will also see the introduction of an exclusive sake tasting and pairing with Thai dishes event with the sake master, Keith Norum, an American who has worked with Miyasaka Brewing Company in Japan since 2005 educating their clients across the globe on sake. Also a first to the festival is the High Tea event with tea pairing by world-class master tea-blenders from Mariage Frères, France. 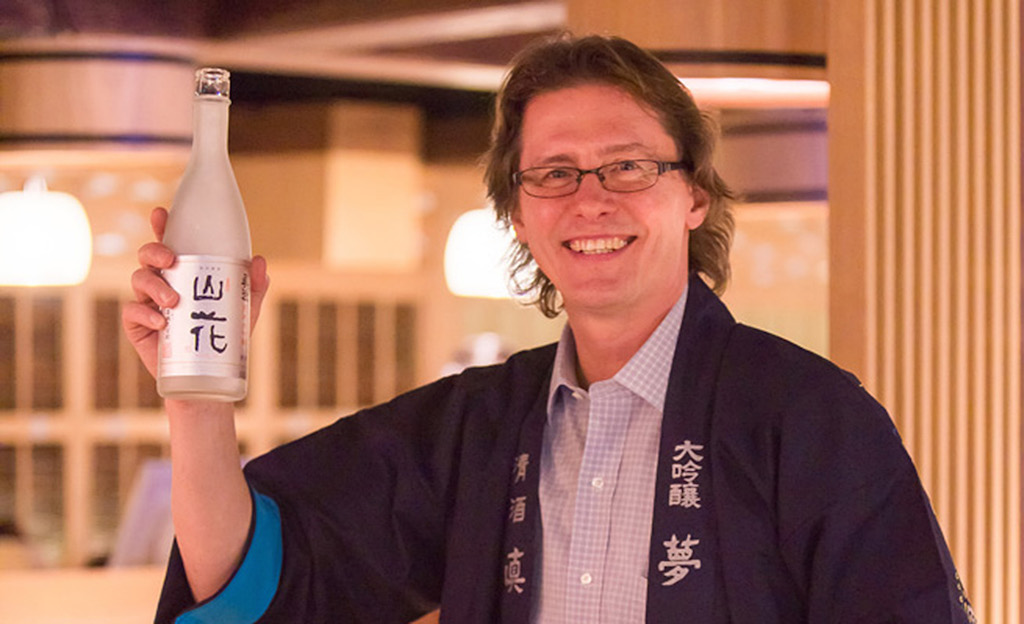 The hugely famous World Gourmet Brunch, one of the most popular events of the whole festival, will take place on the last day of the event, on Sunday, September 13th. If you missed some of the chef’s dinners, this is your chance to sample some of their creations.

Anantara Siam’s World Gourmet Festival will be kicked off from 7th – 13th September 2015. The event will raise money to support HRH Princess Soamsawali’s ‘Save A Child’s Life from AIDS Project’ under the auspices of the Thai Red Cross Society which provides medicine for pregnant mothers who are afflicted with AIDS. Proceeds from the auction for the duration of the event plus Baht 600 per dinner ticket sold will be donated to the charity.

Guests can make reservations for the 16th Annual World Gourmet Festival dinners starting on Monday, August 3rd, 2015. For more information or to make a booking, please contact the Hotel at 66 (0) 2 126 8866 or e-mail reservations.asia@anantara.com.

Individual dinner tickets may also be booked through wgf.asia@anantara.com or worldgourmetfestivalasia.com