From 2nd – 8th September 2019, thirteen Michelin stars amongst them, the brigade of chefs includes: 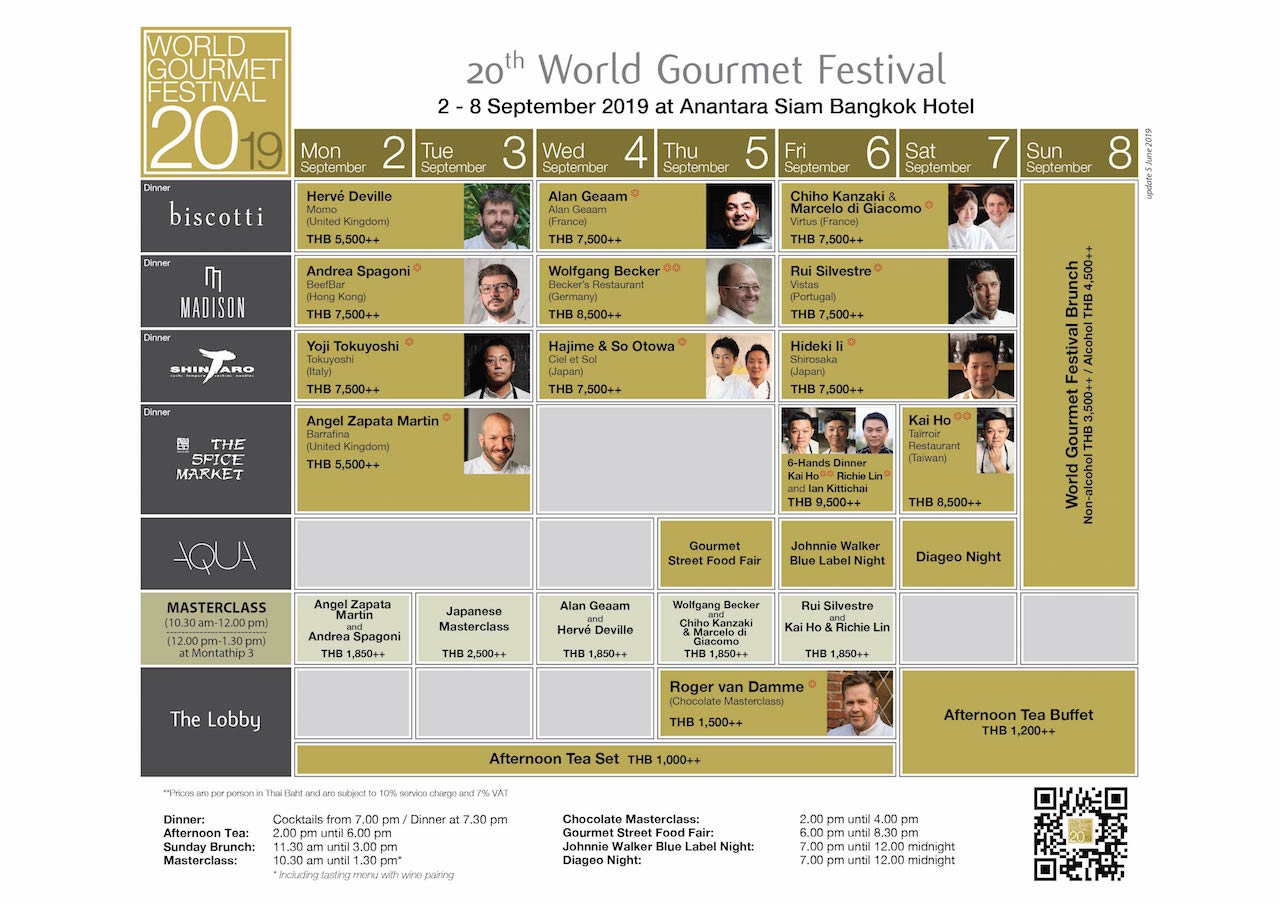 17 acclaimed chefs from 9 countries, each chef will host two dinners

On Friday, 6th September 2019, Taiwanese chefs Kai Ho and Richie Lin will be joined by Ian Kittichai.  The trio of gastronomic artists will prepare a six-hands collaborative dinner of six courses – two each of their signature creations.

Master cooking classes by all the visiting chefs, where they will have the opportunity to see and taste specially prepared dishes from the chefs’ World Gourmet Festival menu repertoire.

Roger van Damme from Het Gebaar in Antwerp, Belgium, who was awarded the best pastry chef in the world honour at the ‘Best Chefs Awards’ in 2017. On Thursday, 5th September 2019 and Friday, 6th September 2019 he will present master classes of four desserts served with afternoon tea in the Lobby Lounge.

The 20th World Gourmet Festival is a proud supporter of HRH Princess Soamsawali Krom Muen Suddhanarinatha HIV Prevention Fund. THB 600 per dinner ticket sold and proceeds from the auctions, which take place throughout the Festival, will be donated to the Fund.