Sanlorenzo announces the launch of their biggest build to date, the Sanlorenzo 52Steel, Seven Sins. This arrival in the highly exclusive ‘50m+ Club’ underlines Sanlorenzo’s position among the very finest yacht builders in the world, and is a significant marker in the ongoing development of the brand. Seven Sins will be on display – and no doubt turning a few heads – at the Monaco Yacht Show in September this year. Within the last month, Sanlorenzo have also launched an SL86, an SL96 and an SD126 – just under 500’ of superyachts all told. Since Asia’s premier yacht dealership company, Simpson Marine, joined forces with Sanlorenzo in mid-2015, this region has become home to an SL96, an SL106, a 40Alloy, a 46Steel and a 460EXP with a helideck and an extended water toys platform – and there’s an SL78 arriving in Hong Kong in May this year. Clearly, Sanlorenzo and Simpson Marine is a partnership that is working well. Sanlorenzo are rightly proud of the fact that 80% of their customers are repeat clients. “It is the infinite attention to detail in every single Sanlorenzo yacht that sets the brand apart,” says Mike Simpson, Founder and CEO of Simpson Marine. “These beautifully crafted yachts are for nautical connoisseurs. They are for discerning boat owners who appreciate understated elegance and recognise the ultimate in quality – not just where you can see it, but all the way through the design, the engineering, the construction and the finish, from stem to stern. The obsessive attention to detail is there all the way through the range from the smallest to the biggest yacht.” 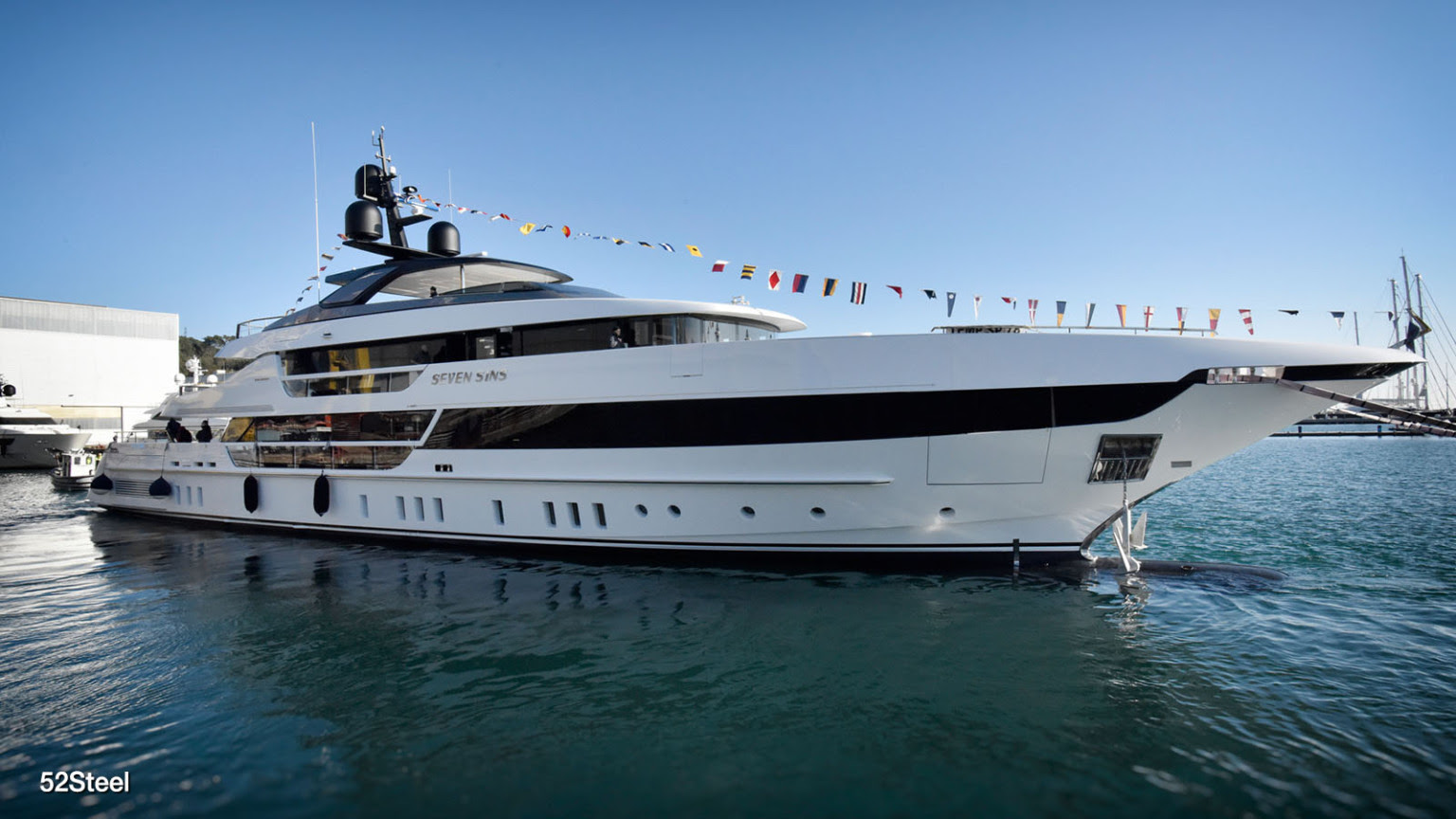 Sanlorenzo yachts are entirely bespoke, which appeals strongly to Asian buyers. They are designed to incorporate the client’s wishes into every line of every yacht. They are not fashion items: they succeed in being both ‘classic’ and bang-up-to-date at the same time. They are full of innovative solutions involving acoustics, lighting, and the utilisation of space, while providing classical levels of comfort and luxury. The new 52Steel even boasts a swimming pool on the main deck that has a transparent bottom, allowing natural light to filter down to the beach club below.  A Sanlorenzo is unlike any other yacht – even another Sanlorenzo.

Since its founding in 1958, Sanlorenzo has built and launched over 750 boats. 30 motoryachts were delivered in 2016 alone, making it a very profitable year with a turnover of more than €300m. Currently 40 yachts are under construction in three facilities in Liguria. Owner Massimo Perotti acquired Sanlorenzo just 12 years ago, and has taken the name from strength to strength. “First, I had to prove that I was worthy of the brand”, he says. “Now, with a full order book, 40 yachts presently ‘in build’, and 2016 net profits in excess of €10m, clearly we are going from strength to strength.” Perotti adds that “2016 ended with the launch of the ‘I’, the eleventh SD112 to be built, made to measure, according to the requests and style of her owner, like every one of our yachts since 1958.” 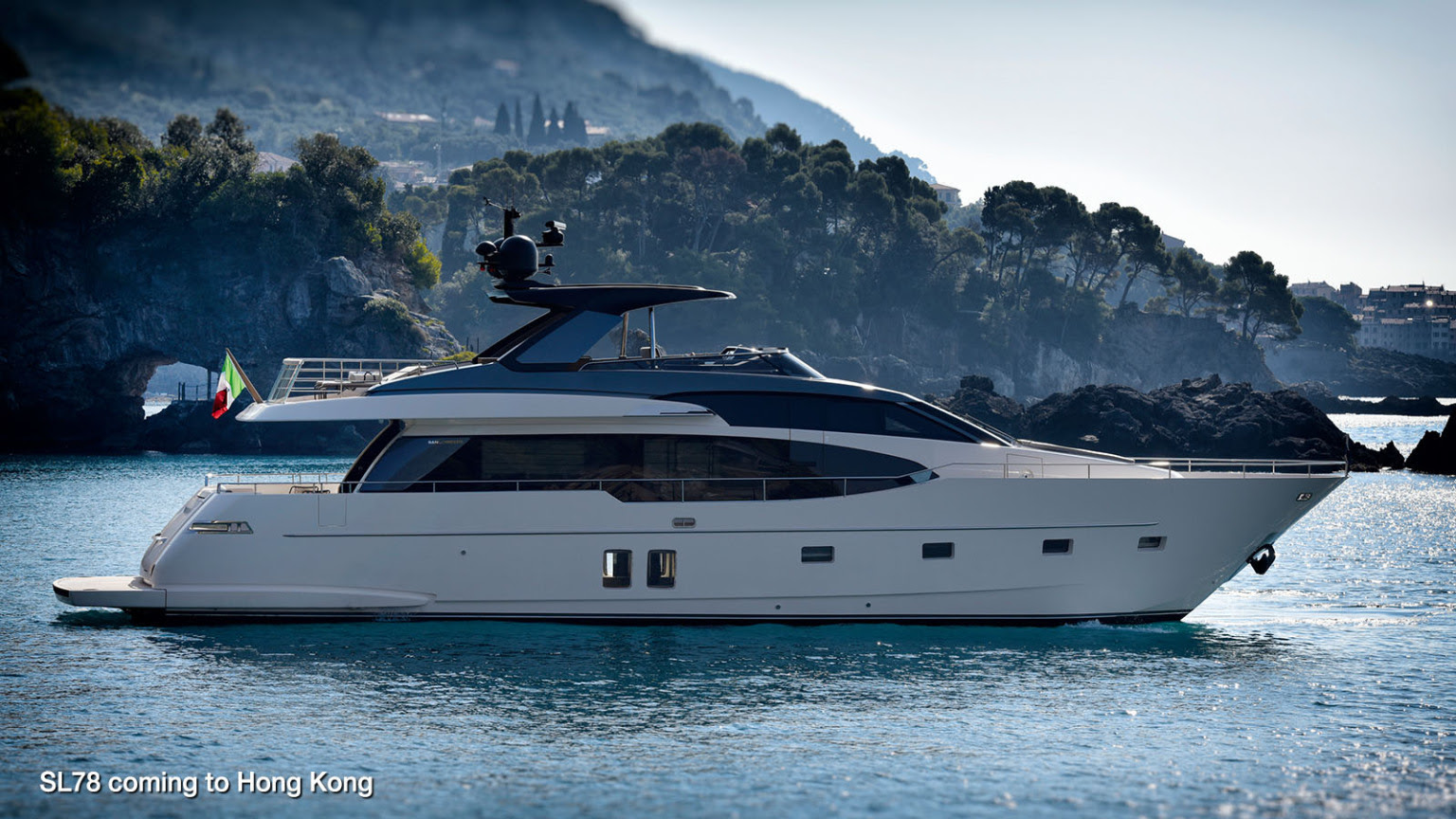 SL78 will be arrive in Hong Kong in May….something to look forward to!